A place you go alone. 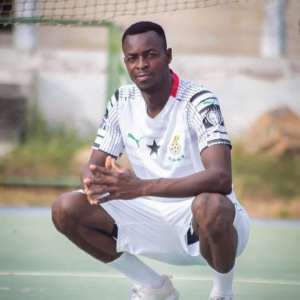 Death, they say, is inevitable. As long as you're here, you'll be referred to as the late this or that someday. It could be as a result of old age, self – inflicted, natural disaster or accident. Some deaths, however, may be avoided. My heartfelt condolences to Abdul Majeed Sani's family. While watching the video, I noticed that even if you are the undefeated champion, you should not always follow the crowd. Many people will compliment you on your outstanding performance on the field of play. Others will even get to the point of wearing your jersey, among other things, just to show solidarity, but this is where it ends. Praise and accolades cannot bring the dead back to life.

It is unfortunate that the many students who praised the deceased cannot die in his place, even if death comes with two chances.

The death of a final-year student at the University of Education, Winneba (UEW) on Tuesday, September 7, came as a surprise to me. Abdul Majeed Sani was said to have suffered a severe spinal injury while celebrating the completion of his undergraduate program on campus.

Despite the fact that Sani was a well-known gymnast with the Department of Health, Physical Education, Recreation, and Sports and had represented the school at a number of competitions performing various complicated maneuvers, the unfortunate Tuesday incident took him to his early grave.

According to reports, the deceased and his colleagues were walking out of the examination hall on Tuesday, in a state of ecstasy, when he attempted to perform a backflip. Abdul Sani was in mid-air performing one of his usual gymnastic moves on campus when he failed the stunt during a somersault and landed awkwardly on his neck.

According to reports, Mr Sani was rushed to Winneba's Trauma and Specialist Hospital for treatment before being transferred to a health facility in Accra, where he died on Thursday.

Many students have expressed their condolences for the loss of their colleague, who was looking forward to his official graduation ceremony after spending years on campus.

The school's Students Representative Council (SRC) commiserating with the deceased's family is a step in the right direction, and I would like to humbly thank the leadership for their show of solidarity.

Nonetheless, the onus lies on parents to admonish their children about over-celebration and its associated complications. Human beings are fragile, so we must be cautious in everything we do.

To my fellow students, the Ghana University terrain is difficult, hence the need to celebrate after exams and graduation, but we must be guided by the extent to which we merry. Please accept my heartfelt condolences.