Coup D'état And Democracy In Africa 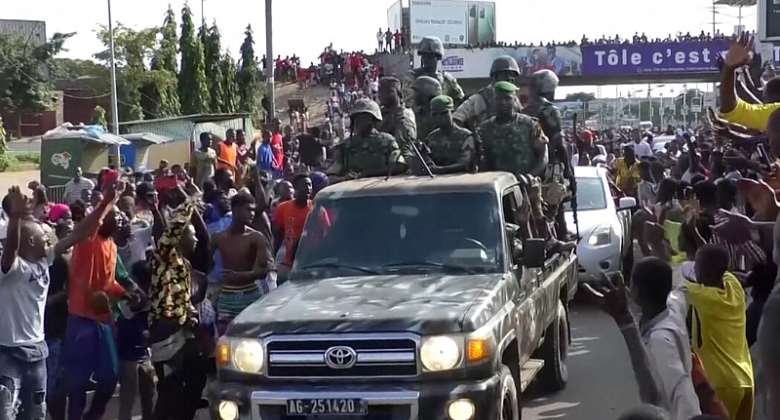 Coup d’état according to Powell are a type of political infiltration that involves a sitting ruler being overthrown by a segment of his or her military or other elite within the state apparatus to displace the government.

Over the past decades, African countries have had coups as a normal phenomenon. From the 1960s to the 2000s, military coups in Africa had become so frequent that they were arguably a distinct mode of political governance, the military being generally the main actors during these transitions. However, the definition of a coup is often contested and military leaders have denied that they were conducting or their actions were proportional to coup all in an effort to appear legitimate, simply because a coup is often seen as illegitimate. The vast majority of successful African coups have not resulted in transitions to democracy, and the juntas often lacked the will and/or capacity to address respective political and economic problems.

Historically, military coups during those days were a result of power. Those that often led the coup attacks were mainly focused on gaining control and power (authority) of the nation. Coups often raise questions of the competence of the military to lead and has also had a negative impact on the social-economic development of the continent. This is why most of the military coups then were bloody and resulted in the loss of life, and in line with that, donor countries often take action by suspending foreign aid or through sanction. However, the focus of the military coups has changed today. Due to human development and civilization, military interventions today are mainly driven by the need to improve the livelihood of people. The usurpers do so not for personal gains, but for the benefit of the people, and that's why the masses comply with military coups and regimes to steer them to economic development and put an end to corruption and bribery. Military coups are now seen as a way to end corruption, bad governance, bankrupt economy, and injustice.

Throughout the years, the conceptions of soldiers are founded on the idea of a Stoic and apolitical warrior who does not involve himself in the domestic affairs of the state and does not question the foreign policy of the nation. Current civil-military relations theory still focuses primarily on the idea of preventing a military coup. Despite this, history has many examples where soldiers launched military coups to side with the masses, rather than the authoritarian government. In other words, soldiers often act in the interest of the public good to support the oppressed and assert their voices, while maintaining a just cause. Broadly speaking, this occurs when the military rises up against its authoritarian authority, in defense of the general population. Yet, this is not sufficient to qualify a coup as just or legal. We must then ask ourselves what criteria need to be met for a military coup to be considered socially just or legal?

If the military intervention does not lead to greater well-being for all, a coup cannot be seen as an act of social justice. The well-known political formula is for the military to quickly prepare for elections that will provide democratic legitimacy for a new government, but this can be deeply problematic once the masses are relatively uninvolved, and power is not redistributed in significant ways that will lead to widespread improvement of social conditions or a diminishing of inequalities. Election does not fix all the problems and will need to be planned carefully to ensure legitimacy and trust in the results. This means taking steps to ensure the independence of the electoral commission and enacting measures to safeguard democracy because the reason most military coups take place is the fact that the institutions of democracy on the continent has been abused, misused, and exploited by the leaders of the nation.

However, coup leaders should remain committed to hand over power to a civil authority over a specified period that represents the general population. The handover of power, however, must not necessarily occur immediately after a coup. One form of doing this handover would be holding free and fair elections or the military establishment itself may form an interim government to keep the peace. A clear example of this is the Egyptian, Zimbabwean, and most recent Malian military coup. In 2012 after weeks of intense protests in Tahir Square in Egypt’s capital, President Mubarak resigned and turned power over to the Supreme Council of the Armed Forces, a military junta that ruled for six months until elections were held, and the population overwhelmingly endorsed the military government, and in 2017, Zimbabwean military led a coup that was followed by a swift handover of power to a constitutionally designated replacement, and most recently in Mali, President Keïta was overthrown by the military after mass protests against his rule over corruption, mismanagement of the country economy, and the military appointed new president, Bah N’Daou who happens to be a civilian. All of these military turn over were or are necessary to the growth of democratization in Africa.

we also cannot continue to pretend as if military leaders like Jean-Bédel Bokassa, Mengistu Haile Mariam, and many others never took power in Africa.

Bokassa led a military coup in 1965 against former president David Dacko of the Central African Republic, and seized power (authority), made himself President, and President for Life in 1972, and subsequently led Central Africa Republic into serious damage, leading to a huge outcry in Africa and around the world. The economy fall, poverty rate increased, and brutal abuse of power rampage as democracy perish. Bokassa went on and abolished the legislature and constitution, to form his revolutionary council which was answerable to him directly, and no member of the council dare question or disagreed with him. He brutalized his own citizens who he referred to as enemies, and beat people for drunkenness. Bokassa lavished one-third of the country’s budget on his coronation of his idol Napoleon Bonaparte. He spent today’s equivalent of $80 million on the ceremony. For a country that was already fiscally weak, this course of action easily bankrupted, but again the absence of transparency gave Bokassa the freedom to plunder the country’s mineral resources for selfish returns. To this date, the Central African Republic is ranked as one of the poorest countries on earth.

Mengistu Haile Mariam took power 1974 in Ethiopia following the overthrow of Emperor Haile Selassie I. Mengistu purged rivals for power from the Derg and made himself Ethiopia's dictator. His bloody consolidation of power in 1977–78 is known as the Ethiopian Red Terror, a brutal crackdown on opposition groups and civilians. The death count is unknown, but is often estimated between 30,000 to 750,000. Human right violation and, government repression characterized Mengistu's presidency.

The like of Bokassa and Mengistu are all military leaders. Military rules are harmful to the democratization of a country because if you do not have people who can disagree, who can take into controversy what has been said, who can offer counter reasons as to why they think, all of which are important elements for democracy to flourish, and also freedom of speech, and human participation would be constrained. And, coups also prevent the masses from exercising their political right to vote.

Guinea now follows countries such as Egypt, Zimbabwe, Sudan, and Mali where the armed has in these unfashionable times for coups, directly participated in the sacking of their civiian-led governments. Military coups in Africa doesn't pave the corridor to successful and efficient path to democracy or civilian administration. Anyone who knows about military rule will understand that they don’t leave that much to work with or grow on to a great extent, hence it's difficult to have a smooth transition out of a military coup, and each day that passes is a risk, as the military gets more and more comfortable.

The military is not a credible institution to build democratic governance .Moreover, military rarely sets up a strong civil society, developmental agenda, and economic framework, or establishes solid INSTITUTIONS.

The tenets of democracy continue to face serious crisis in modern African societies: Democracy in Africa is often fragile, especially in states recovering from civil conflict. Most African governments are out of touch with its people and have failed to serve the nation and the masses, trust in public figures and institutions-including politicians and the government-declines, and distrust of them increases. This decline is particularly visible in the cynical attitudes and non-voting behavior of young people, and for democracy to succeed, it should deliver on development, and other promises it makes. Democracy draws its sustainability and strength from its capacity to meet people’s expectations. People's rights, dignity, rules of law, equality, press freedom, and free and fair elections should be protected at all times because they are all democratic values. Democracy is biased and it involves enabling those who are excluded and disadvantaged to gain a greater and more just share of power and resources through participation in political policy and decision-making processes at every level. According to most African scholars, the failure of constitutionalism and democracy in Africa was the primary reason for military intervention on the political scene. However, the same military that create an opportunity for authoritarianism to grow in the midst of democracy must allow democratic and civilian government and civil society to bring it under democratic control the function of militaries is to defend the state and its citizens against external aggression, and not to threaten the state and its citizens.