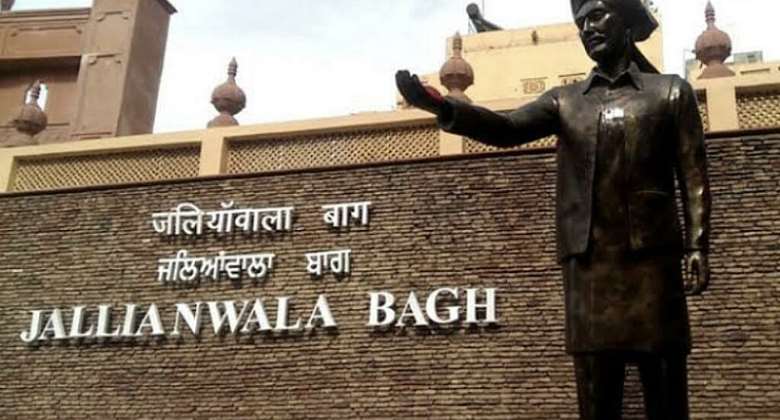 Historians in India have accused the government of attempting to dumb down the brutality of the colonial era with a glitzy renovation of a site where British troops slaughtered more than a 1,000 nationalists in 1919.

Last month, Narendra Modi, the prime minister, hailed the inauguration of the revamped complex at the Jallianwala Bagh memorial in the northern state of Punjab.

Modi said it would display the massacre of April 1919 and instil a spirit of gratitude and reverence towards the martyrs.

Renovation at the Jallianwala Bagh began in 2019 with a 23 million euro revamp to mark the centenary of the atrocity.

However, the restoration of the site in Amritsar has sparked outrage among historians, many of whom have expressed concerns over history being erased.

The killings were a turning point in India's nationalist movement after British troops fired at a gathering attending a public meeting.

Importance
“I would say that such places of historical and heritage importance are being reduced to theme parks,” said Gurmeet Rai Sangha, director of the Cultural Resource Conservation Initiative.

"This trend has been going on for the last five to seven years. Jallianwala Bagh was the beginning of the end of British rule in India.

"Instead of reducing it to a theme park by putting up statues, the focus should have been on things like documentation and an interpretation centre."

Sunil Kapoor, president of the Jallianwala Bagh Freedom Fighters Foundation, added: “There are flaws in the renovation of the monument. The tiny alley through which one enters the Jallianwala Bagh has been replaced with murals. Also, the iron grills at the place have distorted the heritage."

Kapoor, who has written to the government to complain about the changes, insisted that these be immediately removed, and the old look restored.

The well into which victims jumped when General Reginald Dyer's forces opened fire has been covered with a transparent barrier and the narrow entrance has been adorned with sculptures. A daily sound and light show explaining the events has also been started.

Changes
Some critics have lambasted the planners for 'Disneyfying' the monument and distorting history.

Critics of the government say the ruling Hindu nationalist Bharatiya Janata party (BJP) does not believe in a healthy relationship with the past.

Many have hit out at a 2.1 billion euro remake of the government complex in central Delhi changing the 35-hectare area of  heritage landmarks and public space to “government use”.

It will mean demolishing several buildings and re-designing spaces such as Parliament House, Rashtrapathi Bhavan (Presidential Palace), India Gate and the War Memorial.

“The BJP wants to destroy all narratives in which diversity and inclusion manifest," wrote Shalini Dixit, assistant professor at the National Institute of Advanced Studies.

We must be decisive in preventing domestic inequalities — Dr...
55 minutes ago