Looting our Rosewood for Cathedral! 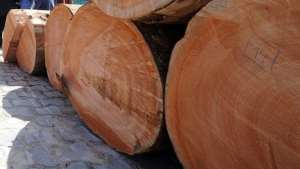 Oh yes! Couldn’t come up with a better heading. If you take something that does not belong to you, is that not stealing and its synonyms: looting, burglary, robbing, etc.? And if that thing belongs to a nation, a country, citizenry, that’s more serious, that is a crime against the state. According to the Daily Graphic, “The government will, henceforth, donate all rosewood confiscated by the state towards the National Cathedral project, the Minister of Lands and Natural Resources, Mr. Samuel Abu Jinapor, has said. In line with that, five containers of the wood species which were confiscated at the Tema Port on June 17, 2021, by the Customs Division of the Ghana Revenue Authority would become the first of such donations towards the project.” If this isn’t causing financial loss to the State, what else is? Honestly, these people have really got Ghanaians for cheap or else how could they have come up with this day light robbery of items belonging to all of us? And why this obsession with this cathedral?!!! For the sake of curiosity, did the architect who designed the cathedral have rosewood in mind when he was designing the building, or is it because when they chanced on this windfall, they instructed him to modify his brief, which he has already executed and handed over? If so, he will have to redesign the building to include rosewood elements. Architects do not modify briefs they have already executed and delivered for free. Money would have to come from somewhere to pay for the modified brief.

No day passes without some provocative deed or word regarding the building from the government. Last week was particularly inflammatory. After Alhaji Dr. Mahmoudu Bawumia had gone into a church to canvas for money towards the building, a “delegation” paid a “courtesy call” on the leading Muslim cleric in Ghana, the National Chief Imam, and wriggled out of him fifty thousand Ghana cedis as his personal donation… This obsession has been described by many as a cabalistic/occultist undertaking. Indeed, though some osofos have lined up to show solidarity with the political proposer, Nana Addo Dankwa Akufo-Addo. others have been scathing, describing it as the work of Satan! True, I am not making it up, there is a clip doing the social media circuit showing an osofo make that claim.

Now back to Abu Jinapor’s temerity of taking what does not belong to him and handing it so cavalierly to the cathedral. He may carry the title of “Minister” but that does not entitle him to treat state property with such impunity and arrogance. He should be very careful: Right now the former chair of the NCA is languishing in jail as a result of he Jinapor’s government’s selective (in)justice, the former chief executive of GCMB another victim of selective (in) justice is being hounded in and out of court, and just recently, a former cabinet minister is also following the same pattern of selective (in)justice.

Abu Jinapor’s brazen theft of the wood for the cathedral may impress his boss now, but, may yet see him also face similar predicaments. He should not expect that he would not be called upon to account one day – perhaps not too long in the future.

So, where are the voices of protest when such blatant abuse of office is taking place in the full glare of sunlight? It is not everything that the #fixthecountry youngsters can shoulder. The loss of revenue from illegal rosewood trade and such acts are part of the reason why this country is going down and needs to be fixed. They are right to preoccupy themselves with unemployment and the general malaise of governance but the issue of the so called national cathedral should occupy all of us, especially the adults, who should know better and be more questioning than parochial. The ridiculous conception and attempt at forceful execution calls for a united and determined Ghanaian populace of goodwill to mass ranks and oppose it or treat it with such contempt that it would eventually go the way of Felix Houphouet-Boigny’s Yamoussoukro ill-fated basilica. For those apologists finding no fault with this provocation and aberration and even promoting it when all public surveys about it have revealed overwhelming opposition, their complicity is their contribution to our continuing underdevelopment. It is a mark that would remain imprinted on their foreheads for posterity and making the excuse of “we were all gaping sycophants” would no longer be funny...

And finally, our rosewood, if we must dispose of the consignment, let us be fair, just, and equitable. There are many bona fide Ghanaian auctioneers who can oversee a public auction for all interested Ghanaians to bid…I am sure Ghanaian architects, interior decorators, sculptors, furniture makers, other artisans and art institutions would welcome that…That is how to run a country with competence in freedom and justice.

'My madam brought me from Nigeria, I've to do 'ashawo' to pa...
7 minutes ago