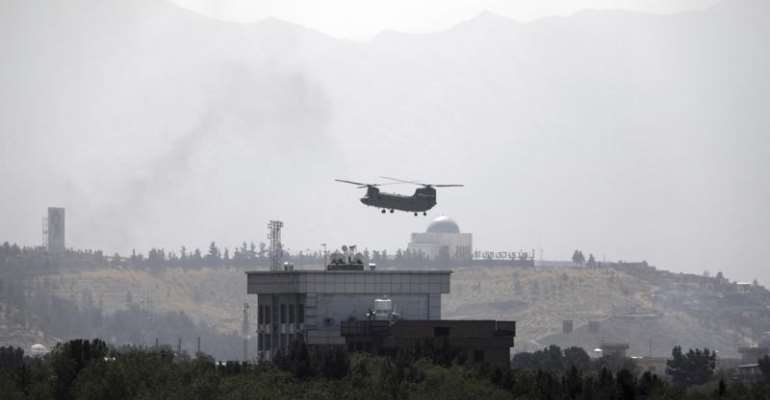 Perhaps the US presence in Afghanistan for almost two decades was not all that wasteful and useless after all. In as much as some would want the world to believe in the contrary, there is some positivity coming out from the sacrifices of the men and women of US and NATO forces as well as that of the Afghan people for the 20 years presence of these forces on Afghan soil. If for nothing at all, it has forced the Taliban to be less combative, anxious to recognize the international community’s concerns and accepting the reality that it is, probably, not going to be ‘business as usual’, i.e., judging by their press conference.

The 20-year period appeared to have changed their world view about things and have brought out the softer, calmer and kinder side of Taliban which is seeking to have no enemies within and without its international territorial borders, promising to respect women’s rights, wishing for peaceful co-existence with its neighbours and foes, and giving assurances of its preparedness to engage the world in consonance with international norms and values. At least, that’s the silver lining there for the so-called ‘occupation’ - the recognition that Taliban 2.0 cannot be the same as Taliban 1.0.

Was it all that for show, just mere rhetoric but no substance? Well, we live to see as ‘the proof of the pudding is in the eating’. Perhaps not this time but a pig with lipstick is still a pig, as they say. Is Taliban 2.0 going to be different from Taliban 1.0? Let’s hope for the best for the people of Afghanistan especially for those men, women and children who want stability and peace in that country to lead their normal daily life, particularly the women and girls.

As for the ousted government and its army, the least said about them the better. It was very natural to fight hard for what one believed in and cherished dearly, and normally, one did not expect someone else to do that fighting for him/her unless one did not have the means or the capability to do so.

For one to capitulate, flee and avoid to stand up for oneself and not showing the willingness to fight for dear life or what one believes in to maintain the gains so far made after almost 20 years of benefitting from a superior NATO and US army in terms of training, military equipment, financial support, knowledge, education, exposure, relative development and personal sacrifices of men and women from both US/NATO uniforms as well as that of innocent Afghan civilians, is something beyond understanding. There is something missing or fundamentally wrong here.

Understandably, great and determined armies can easily fall in the face of overwhelming, superior weapons and power but to fall and fold under easily when heavily armed with superior weapons without a fight on meeting a less armed insurgents is something else.

Supposedly, one is not worth the sacrifices when one still expects someone else to continue doing the fighting and bearing the brunt for him/her when one has all the means for himself/herself but decides not to show the desire and the willingness to, at least, fight for oneself in the face of this determined “ragtag army of peasants” as compared to what one has on the battlefield.

If the idea was to retreat, live and fight another or the aim was to give up, give in and flee easily to avoid bloodshed and destruction then let it be well known rather than blaming someone else and throwing up accusations of abandonment for one’s own surrender and capitulation.

Not long ago, precisely over the last 20 years, some people have, vociferously, accused 'Uncle Sam' of invading Afghanistan to get rid of Taliban 1.0 which was hosting a terrorist organization, and the same people have since been calling upon 'him' to get out from there. 'Uncle Sam' claimed 'he' was still there to protect his national interest and to protect innocent Afghan lives, particularly women, girls, children and the vulnerable. 'He' also said he would leave Afghan soil after 'he' had finished training and equipping the Afghan army so that it could defend itself and that of Afghan civilians. After 20 years 'Uncle Sam' decides enough is enough and it is time to leave Afghan soil for the trained Afghan army to defend itself and its people. Interestingly, it is the same people who are crying and accusing 'Uncle Sam' of abandonment for inadvertently restoring the very thing (Taliban governance status quo), this time Taliban 2.0, that they accused 'Uncle Sam' for getting rid of, Taliban 1.0, in the first place. A bit confused? You are not alone.

As for the Taliban, one might say, their persistent determination to fight, their doggedness on the battlefield and their perseverance in taking power by force has paid off. They are now in charge and in power now and can no longer use foreign forces' presence on Afghan soil as an excuse not to govern well. They should not expect to receive foreign aid then be bankrolled by the ‘infidels’ taxpayers if they are not prepared to conform to and live by international norms, commitments and values with regards to women, girls and children mainly.

In their absence over the past two decades, Afghanistan has changed forever and many of its people have tasted the so-called western education, freedom, human rights, and international exposure - they do expect more from their leaders and government. On seizing power by force rather than by consensus, many people in Kabul and elsewhere are fleeing the country in droves to seek asylum for safe haven and to live under the so-called ‘infidels’ countries to escape the Taliban’s caliphate because of fear and hopelessness, should send the clear signal to the Taliban that not many Afghans are prepared to live under the Taliban’s brand of the Sharia Law.

The question is, are they capable of reading the signs not to repeat Taliban 1.0 in Taliban 2.0 in Afghanistan?

"Facts Are Sacred but Opinions Are Free"