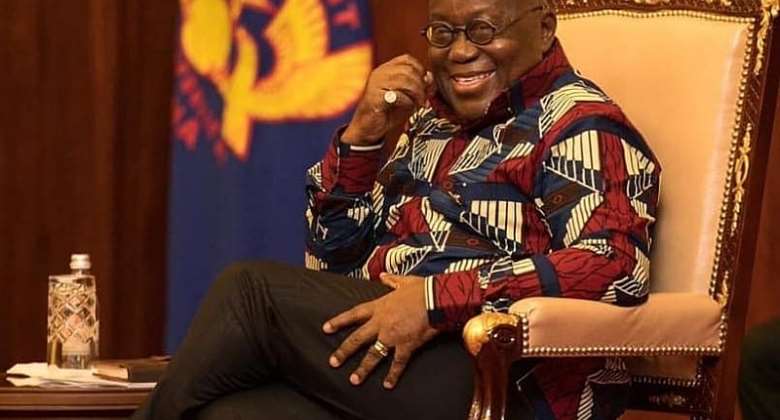 Two days ago, I saw Mr. Yaw Ampadu, my Social Studies teacher way back in Junior High School who impacted my life and several others. It was raining on the Spintex road that fateful day and apparently, he was waiting to board a commercial vehicle to his destination. As I drove past him, one thing came to mind; a nation that neglects the carriers of wisdom and delights so much in corrupt activities. What a shame? I had to reverse to pick him. It’s been about 10 years and definitely he couldn’t make me out instantly. My voice reminded him of a certain chap who he had taught some 10 years back. Mr. Ampadu has done tremendously well in impacting knowledge to many students across the length and breadth of the country yet can’t even boast of a rickety vehicle.

The Ghanaian teachers continue to experience unnecessary hardships from lack of bungalows to poor renumerations. It is without doubt that the teaching profession plays a pivotal role for the survival of economies of every country. The salary of teachers depends on various factors such as years of experience, location, the aspect of private or government school, government funded or otherwise, education, additional qualification among others. Generally, High School teachers earn a higher income than elementary school teachers. In the same vein, University Lecturers earn higher than High school teachers and Elementary School Teachers.

This brings me to some countries with the highest paid teachers. In Switzerland, a teacher can expect to earn CHF110, 000 annually under the Swiss 13-months salary system. However, those outside Zurich such as St Gallen can take home CHF15, 000 less annually. It is interesting that the average salary of a Canadian teacher is CA$100, 000 annually. Those located in Nunavut earn the highest with a salary of CA$108,000 while those in Montreal, Quebec only make CA$83, 000. German teachers with experience earn an average of €63,000. The starting salaries range from €44, 000 - €50, 000. The list goes on and on. Is it the same in Ghana?

The Ghanaian teachers’ reward is in heaven they say. Meanwhile, many are not even sure of whether they could make heaven or otherwise. No wonder there is always issues of Examination Malpractices in our Basic Education Certificate Examination (BECE) and the West Africa Senior School Certificate Examination otherwise known as the WASSCE. Our educational system to a large extent isn’t credible owing to poor Lecturers’ renumerations. Today, some Graduates with first class are bankrupt in the usage of Queen’s language yet work at notable lucrative companies. The other colleague who is better of academically is jobless because of the usual protocol and the disgusting ‘whom you know’ syndrome. Undoubtedly, the University Teachers Association of Ghana (UTAG) strike action is a step in the right direction and I pray that leadership of this all-important united front for justice for lecturers leaves no stone unturned till such a time that the government will reason with them. I am totally in support of their action and as such I would humbly commend my all-time favourite Political Science lecturer, Professor Ransford Gyampo on the fact that “lecturers don’t eat meetings’’. Ghanaian teachers have been sidelined for long and it is appropriate they vent their anger on the government.

In the first place, it is unreasonable to have a meeting to discuss a roadmap to negotiation whereas they have been negotiating the same thing since 2012. Does it in anyway make sense? A negotiation spanning more than 8 years with no clear sign of hope. Professor Ransford Gyampo is fearless and our society needs people like him to change the narrative. Some teachers die before their time simply because the nation didn’t treat them right. The sad part is that the ineffectual politician ventures into politics and within maximum four years, rides in the best of cars and live in a mansion. Ghana will continue to experience many issues if teachers are taken for granted.

Another point worth mentioning is the fact that, some newly posted female teachers who unluckily find themselves in villages suffer the most. All their efforts to get them transferred to different place blocked. They spend years in areas where there is no pipe borne water, electricity talk less of place of convenience yet they do their best in their chosen disciplines. Truth is after several transfer attempts proving futile, some of these female teachers give up. As such, suitors from the hunting fraternity show up with either a grasscutter, an antelope, a rat or even a rabbit as bait to win the heart of these female teachers. Body they say isn’t firewood so after several grasscutter and antelope soup, the giver decides to attach a proposal to it. One grasscutter, one female teacher policy is implemented. This goes on and at the end of the day, a professional female teacher is impregnated by a professional hunter. What am I saying? They succumb based on poor renumeration and lack of proper conditions of service.

Lastly, teachers go through a lot even when their promotions are due. It is alleged that if you don’t pay someone to expedite the processing of document you wouldn’t enjoy your rank. I often hear Assistant Director I, Assistant Director II, Deputy Director among others but it doesn’t come with mansion or V8. It is all about KIA Shuma, Motorbikes and bicycles. This is how the teaching profession has been reduced to. The extra classes money they were using to cushion themselves is nothing substantial. Meanwhile, it is alleged that some Municipal and District Directors have their own share in that too. Failure to send their part of the booty automatically means no extra classes till further notice. So, you see, teachers deserve better.

Let’s give what they deserve, Mr. President so that our educational system could be likened to the ones you attended, with the greatest of respect, Your Excellency.