Understanding of “Owing Allegiance” Versus “Declaration-Swearing an Oath of Allegiance” 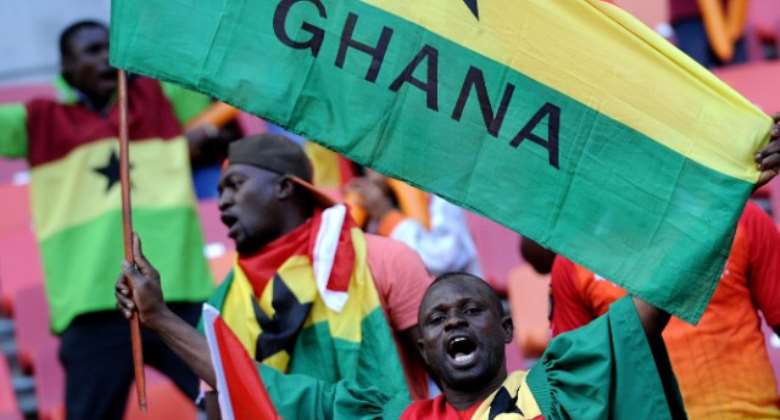 In Nigeria, the criteria is “declare/Swear an oath” in Ghana it is “owe allegiance” …Our standard is higher and is intrinsically linked to your nationality be it ethnically or to the State.

Many of us belong to a family/ tribe/ethnic group or a family. In Citizenship and Nationality law, an ethnic group also qualifies as a Nation.

As a member of a family/tribe/ethnic group you owe allegiance to your unit be it your family, tribesmen and or Chieftain. There are no ifs and no but…. It is tied to your bloodline that is who you are. Such allegiance is automatic.

On a national level i.e. State-level, you acquire citizenship via Jus Solis (right of the soil), Juris Sanguinis (By Blood) or naturalisation.

Ghana goes by Jus Sanguinis…. So, your bloodline determines whether you are Ghanaian or not. The USA for instance goes by Jus Solis, once you are born in America you are American (irrespective of who your parents are)

Under Nigerian law as held by the Federal Supreme Court (a Nigerian friend made me aware of this distinction).

A person born in America to Naija parents could be a dual national of US and Nigeria and still be President of Nigeria.

His reasoning was that, as the courts ruled, a natural born person in USA does not “swear/ declare an oath” to become an American… It is automatic. In such an instance, the person qualifies to hold High Office.

However, if such a person acquired his American citizenship through naturalisation, then the rules will be different. In that instance, one has to “Swear or declare an oath of allegiance” to become a naturalised citizen.

By swearing an oath, a person affirms his/loyalty. In most instances therefore, a naturalised person not only “swears an oath, but thereto has affirmed that, he/she owes allegiance to another country.

Applying the same set of facts, a person born in USA and of Ghanaian descent will be classed as Natural born Ghanaian and American….. However, with a dual American/Ghanaian, such a person will be ineligible for High Office in Ghana.

Such a person automatically owes allegiance to Ghana and America on account of being a Dual National. “Owing Allegiance” comes as a direct result of your citizenship to a country.

The rules are quite stricter in Ghana. Our 1992 constitution does not use “swear/, declare allegiance” as a yard stick. Owing of allegiance is the deal.

Dr Bilston averred that ” Rawlings owed allegiance to the Republic of Ghana and the United Kingdom but had not renounced his UK citizenship hence is a non-Ghanaian based on sections 1 and 8 of the Ghana Nationality Act, 1971 (Act 361).

He said by virtue of this, Rawlings did not qualify to contest in the elections.

But the court, presided over by Justice Essilfie Bondzie among other things noted in his judgement that:

I take a judicial notice of the fact that until September 1992 the first defendant was a member of the Ghana Armed Forces. Also, as head of state he is the commander-in-chief of the Ghana Armed Forces. He had been a member of two governments of the Republic of Ghana. Currently, he is the head of state of Ghana. It is therefore to be expected that in these capacities he had on several occasions sworn allegiance to the Republic of Ghana. So that even if on attaining the age of 21 then he had dual citizenship (which is not admitted) the irresistible inference which this court draws from the oaths of allegiance he took on these several occasions, is that the first defendant does not owe allegiance to any foreign government. This must be so especially as he is still the head of state and a member of the Government of the Republic of Ghana.”

This case was determined before the coming into effect of the 1992 Constitution. However, it is poignant to note that your actions/in actions will determine whether you owe allegiance to Ghana or not.

The Supreme Court in a majority decision in Republic v High Court Ex parte Dr Zanetor Rawlings, affirmed that a person must be qualified as an MP the time they submit their forms to the EC.

In a minority Opinion, Justice Anin Yeboah, opined that, the submission of forms to the political party in a primary is the cut of point.

However, the majority, still felt that, Justice Anin Yeboah’s interpretation did not take into account independent candidates who do not contest in primaries of political parties.

At no point in both the majority and minority Opinion did the Justices even talk of an MP-elect and qualification on the date a person is sworn in as an MP.

A few NDC die hard are of the view Judges assume their positions on the date of their swearing in so the same should apply to MPs.

That is factually incorrect.

Alex Segbefia and everyone one who knows the law knows that to qualify for a position you must first be eligible to hold that office.

In the case of Dr Ekow Spio-Gabrah Gabrah in 1993, he failed to qualify as a minister of state because he was not a registered voter and his appointment was subsequently withdrawn. This shows that on the day of your appointment, or whenever a person decides to contest for Public Office he should be qualified and eligible.

The writer is a Financial Crime, Governance and Regulatory Expert, who has extensive experience working with banks and financial institutions in UK, Switzerland and The Netherlands. He holds Graduate degree in Law and LLM University of Law and is a graduate University of Ghana as well as Said Business School, University of Oxford.