Road Minister, we are losing lives on the Ashaiman Underpass 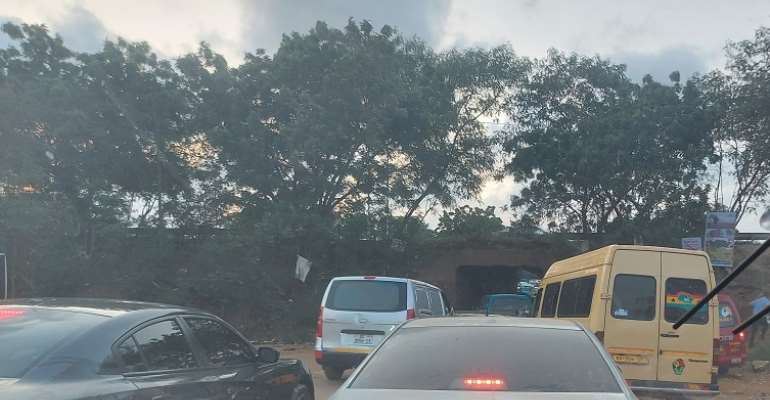 “Please, can you stop the oncoming cars?” This has been the plea of families, friends and acquaintances of the sick on the Ashaiman Underpass. Ambulance drivers oblivious of other short paths become frustrated due to the single lane on the stretch. Ghana doesn’t cherish the plight of the vulnerable and it is evident of the way she attaches negligence in the course of providing quality social amenities that could have otherwise prevented loss of lives and properties. Anytime, there is a heavy downpour, the stretch isn’t motorable yet we have a Road Minister, Town Planning Officials, Municipal Chief Executives among others. It is sad. Ashaiman continues to be one of the fast-growing communities within the Greater Accra Region. Over the years, it has churned out Top-notch individuals who are currently managing the affairs of this country.

In the first place, name mentioning at this point wouldn't be necessary because, I humbly believe that the numerous lives lost as a result of the huge vehicular traffic at the underpass cannot be resuscitated. Ambulance drivers spent long hours on that stretch just in their attempt to safeguard the lives of the sick. Indeed, that stretch was originally meant for the passage of cattle during the tenure of our first President of blessed memory, Dr. Kwame Nkrumah. However, as the population increased, there was certainly the need to make use of that stretch. Besides, the State Farm is no more vibrant courtesy lack of maintenance culture. It is even alleged that some of those farmlands had been sold out.

Additionally, I wouldn't touch on it since the primarily motive of this all-important piece isn't in line with land sales. Ashaiman is no longer gaining notoriety in wrongdoings because of the likes of the Regent Nii Annang Adzor, Mr Max-Voy of blessed memory, also known as Martin Luther, the former proprietor of the Martin Luther King School in Ashaiman and a businessman together with other key players who put it upon themselves to change the narrative. Today, Ashaiman is viewed as a place of peace and security. Kudos to the aforementioned individuals who played a significant role in this success story.

Furthermore, as a young student journalist, more often than not, I take the opportunity to observe things for myself rather than doing the usual aspect of what is speculated as Media Practitioners doing the biddings of their paymasters. It is quite intriguing in Ghana, simply because, Media firms are enormous than Factories. It is as though the more Media outlets you possess the more vibrant you become. As such there is a deliberate attempt to try to play with the intelligence of the good people of this country. Politics continues to separate us from the truth and the repercussions glare at us in not distant future. Meanwhile, we claim zero tolerance to corruption and its associated ills. The fantasy of life, I call it.

It is worthy of note that, we cannot build a prosperous nation when we continue to lose our human resource to vehicular traffic. The Road Minister, Mr. Amoako Atta must as a matter of urgency come to the aid of the people living in Ashaiman and its environs in order to open that tunnel. The people of Ashaiman also deserve better and that of the East – Legon Underpass should be constructed there too. This, I believe will go a long way to ease the heavy vehicular traffic on that stretch and prevent patient-related issues and for that matter deaths.

In the interim, some police officers who have been assigned to see to the smooth vehicular flow should avoid sitting idle under the tent and instead work assiduously in ensuring that motorists comply with the rules and regulations. Directing of traffic isn’t for the usual “Goro Boys”.

Let’s do all we can to protect the lives of the citizenry when they are full of life. Your action or inaction will be seen by all and during the period of accountability, the usual “witch hunting or wizard hunting” shouldn’t be used to divert attention. Ghana can only develop if Politicians, Pastors, Prostitutes, Prophets and all other individuals uphold and defend the truth virtue.

MMDCE appointments shouldn't be seen as job for the boys' - ...
17 minutes ago