Application Under Right To Information Act, 2019 (act 936): Does The Reason Matter? 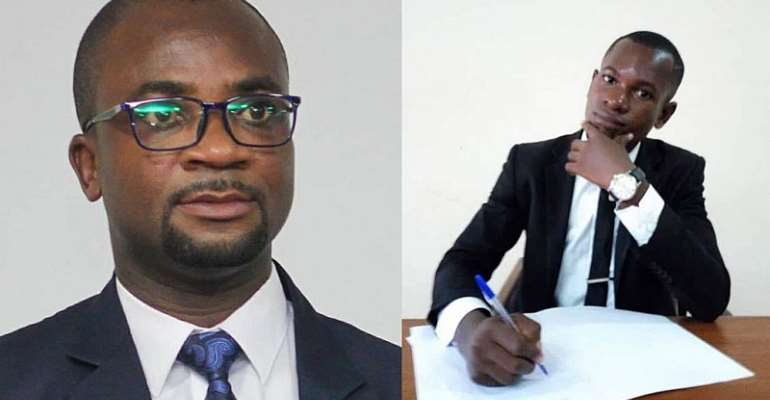 “The Right to Information Act, 2019 (Act 936) is a significant piece of legislation”. These were the words of His Excellency the President of the Republic, Nana Addo Dankwa Akufo-Addo on 21st May 2019 when he publicly assented to the Act. Right to information laws play a quintessential role in democratic states including our dear nation. This is because the exercise of this right fosters accountable governance, enhances democratic governance, and contributes significantly towards the sustainable development of nations.

The implementation of the RTI Act has taken off. Some remarkable achievements have been chalked. The RTI Commission has given strong indications of interesting days ahead. The Judiciary has been called into action in the case of Media Foundation for West Africa (MFWA) v. National Communication Authority (NCA) (Unreported 17th June 2021).

The purpose of this article is to highlight the above notable achievements in the implementation of the RTI Act and to comment on some aspects of the MFWA Case.

The right of citizens to access information held by public institutions is recognised by the United Nations as a universal right and as a critical tool for strengthening democracy, transparency, accountability, open governance, and sustainable development. Ghana follows the democratic norm by conferring a right on every citizen to acquire information held by our public institutions. This right is contained in Article 21(1) (f) of the 1992 Constitution, which states: "All persons shall have the right to information, subject to such qualifications and laws as are necessary for a democratic society.”

To give effect to this important constitutional right, the Right to Information Act, 2019 (Act 989) has been enacted. The operation of the law was deferred to commence on 1st January 2020. The implementation of the law appears to be smooth, with some remarkable achievements. This law provides the framework for the exercise of the constitutional right of citizens to access information held by public institutions subject to certain exemptions necessary in our democratic society.

Implementation of the RTI Act

As earlier stated, the RTI Act came into force on 1st January 2020 and some significant gains have been made so far. The Hon. Minister for Information, Mr Kojo Oppong Nkrumah, in the maiden Annual Report on the RTI Act, highlighted the gains as follows:

"A total of 539 public institutions comprising 263 Ministries, Departments and Agencies (MDAs), and 16 Regional Coordinating Councils (RCCs) were captured in the Ministry’s database for the implementation of the RTI Act in the country. In the year ending 31st December 2020, a total of 478 Information Units were set up in the 539 institutions in accordance with the law. Again, a total of 1055 officers of the Public Services have been engaged to assist in the implementation of the law including 577 Designated Officers and Information Officers.”

Another development worth noting is the colossal cut of the fee charged by the Minerals Commission for the production of information requested by the Fourth Estate. The Commission cut off the fees from a whopping GHC6,000 to GHC1.90. In delivering the ruling, the Commission poignantly stated that “the respondent cannot put a fee or charge of Ghana Cedi equivalent of US$1,000 on the applicant for a request for statistical data or information when such a fee or charge has no legal basis.”

Does a reason for application matter?

As already alluded to, the right to information is a constitutional right subject only to the qualifications and laws of Ghana. The RTI is the substantive law that deals with the framework for the exercise of this right. The law, inter alia, creates 12 exemptions, stating the kind of information which cannot be obtained by applicants. Among them are information intended for the President or the Vice-President, Cabinet, and law enforcement and public safety. The law also sets out the procedure to be followed and conditions to be fulfilled by applicants who desire to obtain information held by a public institution. It is, however, worthy to note that the law does not require a citizen to state the reason for the applications, let alone to demonstrate that the information is required in the public interest. Section 1(3) of the RTI Act states that: “A person may apply for information without giving a reason for the application." It follows that even where an applicant states a reason, that reason cannot be a basis to decline any application for information. Based on this, the writers disagree with the judgment of the learned Justice in respect of any aspect of the decision in the case of Media Foundation for West Africa (MFW) v National Communication Authority (Unreported 17th June 2021). In this case, the Court rejected Plaintiff's relief on grounds that the Plaintiff failed to demonstrate that the information was being requested in the public interest.

The facts of the case were that MFWA sued the NCA. It was the case of the MFWA that it had applied to NCA to obtain a list of all FM stations licenced by the Authority to operate as of the second quarter of 2020 and related matters, and the NCA's explanation for deleting certain information from the 2nd Quarter Report of 2020 published by the Authority. MFWA instituted the action when NCA demanded that the Foundation pays the amount of GHC2,000 to generate the required information. The Court granted the Applicant's 3 of the reliefs but declined the request for the NCA to explain deleting certain information from its Report. The Court held that the MFWA had failed to establish that the request was in the public interest.

With due respect to the Learned Justice, the writers disagree with the part of the judgment that required the MFWA to establish that its request was for the public interest, having regard to the fact that the RTI Act provides no such requirement.

The writers, however, commend all Stakeholders for the notable achievements in the implementation of the RTI Act.