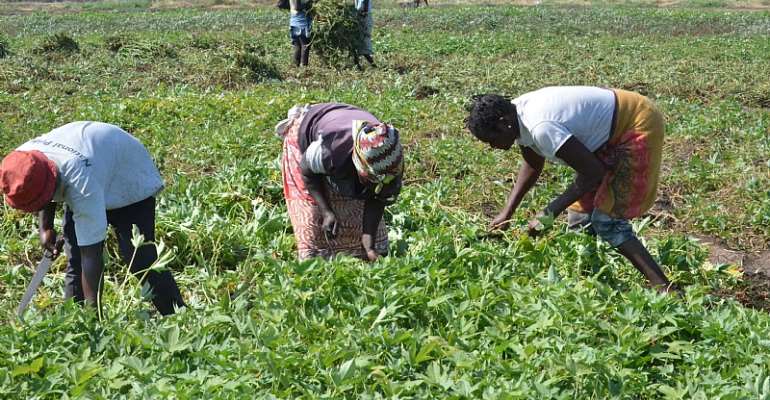 Agricultural biotechnology is a crucial tool for transforming global food systems to meet the United Nation’s goal of ensuring zero hunger by 2030, say some scientists, academics and civil society representatives.

Evidence abounds that biotechnology has had a positive overall impact on agriculture in the areas where it has been employed, they say. If adopted more widely across the globe, it could be instrumental in meeting the UN’s Sustainable Development Goal (SDG) 2, which aims to end world hunger, boost nutrition and support agricultural sustainability within the next nine years.

“GMO technology is working for farmers,” observed Arif Hossain, CEO of Farming Future Bangladesh. He cited the six-fold increase in income that farmers in Bangladesh have earned as a result of growing Bt eggplant, an important food crop genetically modified to resist the destructive fruit and shoot borer pest without the application of insecticides.

More opportunities must be created for farmers to access crop biotechnology if the world’s food systems are to be transformed to meet the challenge of feeding the more than 811 million people who suffer hunger across the globe, he said.

“The nutritional content and the beneficial element of staple foods like rice enriched with vitamins and minerals need to be emphasized and allowed to be grown so smallholder farmers can have access to that,” Hossain said. “We need to take immediate action and create enabling environments for people to have access.”

It is high time for us all to come forward and allow people to innovate and use GM technology for food security and sustainability, he added.

Given the world’s high population growth, limited land for agricultural production and ongoing COVID-19 pandemic, it will be more challenging to achieve the SDG on hunger, Hossain said, adding that all options that can help deal with food insecurity should be explored.

Hossain made his comments during a Food Systems Summit independent dialogue organized by the Alliance for Science. The dialogue was one of thousands being held across the world ahead of the UN’s extraordinary global Food Systems Summit in September, where the future of the world’s food systems will be deliberated. The meeting was deemed necessary because the world currently is not on track to meet the zero-hunger target and other SDGs by 2030 unless drastic actions are taken. Participants will deliberate on and launch bold, new actions to help deliver progress on all 17 SDGs, each of which relies to some degree on the goal of achieving zero hunger.

“There is a big role ag-biotech can play in food systems transformation, especially the role of ag-biotech in value addition to be able to get the best out of the crops,” Vitumbiko Chinoko, project manager of the Open Forum on Agricultural Biotechnology (OFAB), told the dialogue. He urged governments to invest more in the technology.

“I’m looking at a future where we will invest our own money as African governments into ag biotechnology so we can own the technology,” Chinoko said.

Agricultural economist Dr. Graham Brookes, director of PG Economics in the United Kingdom, told the dialogue that the adoption of GM crops between 1996 and 2018 produced an additional 824 million tonnes of food, feed and fiber worldwide. He said farmers earned an extra US$225 billion in income by growing GM crops during that same period, while reducing the use of agricultural pesticides by 8.6 percent, resulting in a 19 percent cut in associated environmental impacts. The technology also helped reduce carbon emissions equal to taking 15.3 million cars off the road.

Because GM crops increase yields, if they had not been available during that time some 24.2 million extra hectares of land would have been destroyed to make way for the same amount of crop production, he noted.

“The evidence after 23 years of widespread use is fairly consistent in showing there are socio-economic and environmental benefits of using the technology,” Brookes told the dialogue.

André Tomas Vilela Hermann, founder of the Synthetic Biology Club in Brazil, told the dialogue that biotechnology helped move his country from the status of a net importer of food to net exporter. He said several ag biotechnologies are still under development which the world should accept if zero hunger is to be achieved by 2030.

Other panellists joining the dialogue expressed confidence that genome editing can also play a great role in transforming global food systems for the better if given the opportunity.

John Komen, an independent advisor for the Program for Biosafety Systems, said there is a growing range of gene-editing research that is focused on crops and traits that have been almost impossible to tackle using conventional breeding technologies. He cited work by Prof. Steven Runo of the molecular biology department at Kenyatta University in Kenya, who has edited the DNA of sorghum to give it resistance to the notorious parasitic striga weed, as one such example.

“We are seeing the extension of precision in agriculture from transgenics to gene editing,” Komen said. “It’s an extension of technologies and toolboxes that keep revolving over time. Most of the products have no foreign genes [transgenics] and so are not considered GMOs in the true sense of GMOs…There is a quick rise in use of CRISPR technology in crop improvement to ensure agronomic value, food and feed quality, biotic stress tolerance, herbicide tolerance, abiotic stress adaptations, enhance breeding, etc. These applications are looking at problems that have been difficult to tackle over the years.”

Dr. Navneet Kaur, an Indian scientist and post-doctoral researcher at Rothamsted Research in the UK, told the dialogue that “we need innovations to make a difference” in feeding the world’s growing population. Genome editing is one of those tools that can make a difference, she added.

Gene editing can produce crops that can resist fungus blight and herbicides, as well as other useful traits. “There are options for CRISPR technology to provide support for agriculture,” she added.

Daniel Norero, co-founder of Neocrop Technologies in Chile, said that developing countries have a golden opportunity to use genome editing to deal with challenges like the impact of climate change on crops. He said that GMOs were previously promoted by large companies in developed countries, but with genome editing, start-up firms and smaller companies are improving agriculture significantly.

Dialogue convenor Pablo Orozco, who is the Alliance for Science global policy lead, said the ideas, solutions, partnerships and action plans generated in the dialogue will be officially submitted to the Food Systems Summit dialogues platform to inform recommendations and drive decisions that will emerge from the summit.

He said the Alliance hosted the dialogue because “we believe that resilient, equitable, innovative and sustainable food systems are foundational to better education, good health and economic development.”