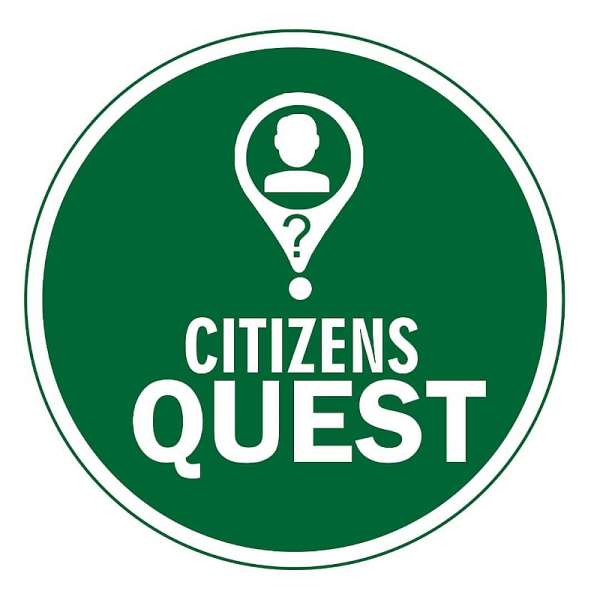 When, in 2019, a non-governmental and non-profit organisation - Citizens Quest for Truth Initiative, came on stream, not a few persons consigned her future to the dustbin. One of the reasons stemmed from the fact that people knew next to nothing about the vision and mission of the NGO. Another being that, to most of such initiatives, political colourations won't allow them stand the test of time.

This group of persons therefore spared nothing in their avowed commitment in seeing that every step of Citizens Quest in realising her objectives, was smeared with putrid political innuendos and, sometimes, outright dismissal. Interestingly, the harder the naysayers entrenched their vitriolic punch, the higher Citizens Quest for Truth Initiative record more success stories. Before long, the NGO has become a household name in the interrogation of all tiers of government policies viz-a-viz their implemention.

As an accountability advocacy group which concerns itself with holding government at all levels accountable for their actions, activities, programmes and policies, Citizens Quest invokes the rights of a citizen to investigate government policies, as they affect the people, and visit project sites for unbiased assessment.

Founded by Chief Obiaruko Christie Ndukwe, a seasoned journalist and advocate of good governance, Citizens Quest has a National Executive with existing structures and membership across the 9 states of the Niger Delta region.

As a registered Non-governmental Organisation with the Corporate Affairs Commission, some of the aims and objectives of Citizens Quest include, but not limited to raising future productive leaders that will be passionate about transforming the society. This is in addition to engendering platforms for active participation of youths in regional integration and nation building.

In the course of an interesting interview recently, Chief Christie Obiaruko Ndukwe, revealed some of the propelling motivations for the formation of the NGO. According to her, "I noticed that it is difficult for anybody to appreciate those in government and it is difficult for those people in government to also see the views of the masses without bias. So, I decided to strike a balance by coming up with the idea. Where government is doing well, we will support them and encourage them. If there are areas they need to probably make some changes, we also let them know as we speak to the people, who will trust us enough to pour out their hearts to us."

It is therefore that desire, the commitment to strike a balance that gave rise to the several quests the organisation had embarked upon to bring to the fore the truth concerning project execution by the various tiers of government and their agencies, especially those of the Niger delta region.

A brief trip into the advocacy journey of Citizens Quest for Truth Initiative, otherwise known as "Search4TheTruth/C4Urself", might suffice here.

The journey started with a test run wherein projects done by the Niger Delta Development Commission (NDDC) were highlighted. This opened a Pandora box ranging from abandoned projects, substandard project execution and, most regrettably, frightening cases of outright stealing of funds meant for projects that were never executed.

Besides, on June 30th, 2020, Citizens Quest beamed her investigative searchlight on the long-abandoned Chokocho-Igbodo Road in Etche Local Government Area of Rivers State. The outcome of this quest was, to say the least, appalling. Being a federal road, the group thereafter, made frantic representations to the federal government to come to the aid of the affected communities .

One of the landmark achievements of these advocacies remains the return to site of various contractors handling the long-abandoned East-West Road project. It would be recalled that following the spirited interface between Citizens Quest and the Hon. Minister o Niger Delta Affairs, on the one hand, and between Citizens Quest and the contractors handling the project, on the other hand, our dear President Muhammadu Buhari caused funds to be approved and released for the completion of the all-important road. It is heart-warming to state that SETRACO and RCC are working round the clock to ensure quality and timely delivery of the East-West Road project.

In view, therefore, of his commitment to the realisation of this project in record time, it would not be out of place to commend the Honourable Minister of Niger Delta Affairs, Senator Godswill Akpabio, for granting the advocacy group listening ears.

The success stories so far recorded by Citizens Quest for Truth Initiative would not have been possible, but for the leadership prowess of the Founder and President of the group, Chief Christie Obiaruko Ndukwe. A woman who thread where others fear to thread on. Like the gold fish that has no hiding place, her unique and innate leadership qualities have, at different times, brought her to the fore to be recognised and celebrated as an Amazon of her time.

Only recently, she defeated two serving First Ladies to emerge DMOMA Award Lady of Excellence in South East and South South part of Nigeria. The Award ceremony, which was held Sunday 13th December 2020 at Azny Theatre Hall, Abacha Road, GRA, Port Harcourt, also saw Citizens Quest for Truth Initiative coasting home with two ornamental awards, first as a Proactive Group of the year, South-South and South-East and again, as Special recognition for speaking for the masses.

With benefits of hindsight, the nomination as WOMAN OF THE YEAR by the African Women Industrialisation Award on Chief Christie Obiaruko Ndukwe, did not come as a surprise because Citizens Quest for Truth Initiative has, through her various programmes, become a household name in the champion for good leadership, youth advocacy and youth empowerment.

Beyond steering the waters for good governance in the Niger Delta region, Citizens Quest for Truth Initiative, has concluded plans to launch out into the deep waters of leadership disequilibrium in other states of the federation. The task may be daunting, but it is achievable.

More Article
ModernGhana Links
Is your job making you Arrogant?
Mapping the contours of Jihadist groups in the Sahel
Negative at last – My covid experience
A granular look at UK's COVID-19 'red list' shows why it's deeply flawed
Mobile Money Drives Informal Sector Tax Revenue Mobilization as the Telecom industry paid Ghc3.6Billion Tax in 2020
What the objections to COVID-19 control measures tell us about personal freedom
Children are losing caregivers to COVID-19: they need support
What the objections to COVID-19 control measures tells us about personal freedom
Whistleblowers are key to fighting corruption in South Africa. It shouldn't be at their peril
TOP STORIES

I planned my fake pregnancy with my mother, I used silicone ...
42 minutes ago