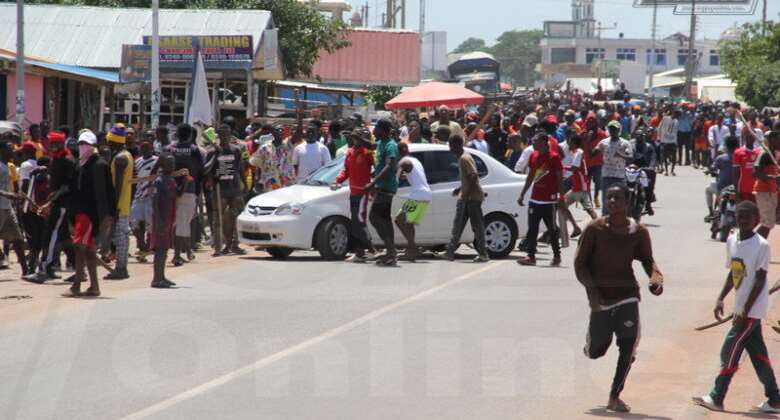 The Progressive People's Party (PPP) has condemned the killing of two persons who were protesting the murder of social media activist Mohammed Ibrahim in Ejura-Sekyeredumase of the Ashanti Region.

It has called for investigations to bring culpable officers to book.

Following the death of #FixTheCountry activist popular known as Kaaka last Monday after a mob attack over the weekend, protesters who took to the streets on Tuesday clashed with the police and military personnel who were deployed to control the crowd.

In what turned bloody, the military fired into the crowd killing two civilians with several others sustaining injuries and now fighting for their lives.

Appalled by the mayhem in Ejura, the PPP has released a statement, adding its voice to the scores of condemnation pouring in from various civil society organisations and Ghanaians.

“We condemn in no uncertain terms, the shooting and killing of the two persons at Ejura. We ask for a special investigation into the matter and those responsible brought to book expeditiously,” part of the PPP statement reads

Describing the clash between the military and residents of Ejura as very disturbing, the PPP says it believes that there has been excessive use of force by the security agencies and an abuse of their human rights to demonstrate and hold leaders accountable.

While calling on H.E Nana Addo Dankwa Akufo-Addo to condemn the acts of brutalities on citizens by the security forces, PPP says the President should visit Ejura immediately to help restore calm and confidence among the people and the entire nation based on the democratic principles being practiced in Ghana in accordance with our Constitution.

Below is the full statement from the PPP: