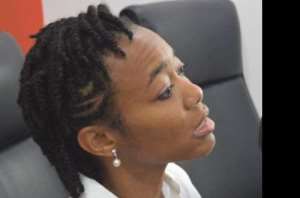 Member of Parliament (MP) of Korle-Klottey, Dr Zanetor Agyeman-Rawlings has said the reasons behind the recent bullion van robbery is a result of the halt of galamsey amid lack of jobs in the country.

According to her, the length and breadth of mining communities in the country are large groups of able-bodied young men who understand the language of lawlessness and flout regulations with impunity in their search for livelihoods.

Dr Zanetor Agyeman-Rawlings noted that the renewed fight against illegal mining (galamsey) has collapsed their works and left them jobless, making life difficult for them.

“Most of the guys who were involved in illegal mining are jobless thus is the reason behind rampant bullion van robbery. These issues are a national security most of the guys are jobless hence the Police needs to up their game in terms of security,’’ Dr Zanetor Agyeman-Rawlings exclusively told Kwaku Dawuro on ‘Anopa Nkomo’ on Accra-based Kingdom FM 107.7

Ghana has recently recorded a surge in daylight robberies.

Apart from the James Town incident, another policeman was killed while on escort duty on the Adansi Fomena road in the Ashanti Region.

The armed men, numbering about 10, allegedly shot Lance Corporal Martin Babah during an attack on the bullion van he was escorting.

Speeding motorbike runs over pedestrian at Nungua
48 minutes ago

A/R: One robber shot dead, two others arrested
56 minutes ago