Chinese jab added hurdle for some African visitors to EU 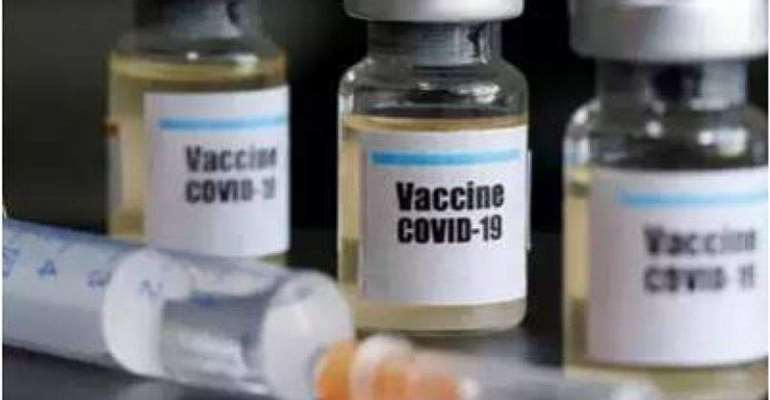 Europe is gradually re-opening to vaccinated travellers as coronavirus restrictions ease, but in some African nations such as Morocco recipients of jabs not recognised by the EU are facing disappointment.

"It seems very much as if a vaccine has become a visa," said Moroccan columnist Karim Boukhari.

The EU currently recommends that member states only allow people from a small number of non-EU countries to visit on non-essential trips.

The only African country on that list is Rwanda.

To visit France for example, would-be travellers from Morocco must first prove they need to reach the EU for essential reasons, such as visiting a sick relative.

"Visa-holders are not automatically authorised to travel to France and must respect the entry rules ... as regards vaccinations," warned the French embassy in Morocco in a tweet this week.

Travellers to Europe must prove that they are fully inocculated with one of the four anti-Covid-19 jabs so far approved by the European Medicines Agency (EMA) - the AstraZeneca, Johnson&Johnson, Pfizer/BioNTech and Moderna vaccines.

But the Chinese vaccines Sinovac and Sinopharm have been the most widely used on the African continent so far.

And while Morocco says it has fully vaccinated some seven million people, most of those have received the Sinopharm jab.

That means that for the purposes of travel to France, they are considered unvaccinated.

"For those that are vaccinated, there are two categories - those vaccinated with the AstraZeneca and the others. The latter are not considered to be vaccinated outside of the country," said the weekly Maroc Hebdo.

"Our compatriots are shocked that France doesn't recognise the Sinopharm vaccine," an association for French expatriates in Morocco wrote in a recent open letter to the French foreign ministry.

"The Chinese vaccine has proven itself effective. The proof is in the huge drop in the number of deaths in all the countries that opted for Sinopharm," Dr Said Atif, a member of the country's vaccination committee, told the website.

Despite the Chinese firm's claim in January that its vaccine was 79 percent effective against Covid-19, it has not yet been recognised by the EMA.

It is a problem that also affects countries like Egypt and Gabon, where millions have been vaccinated with the Chinese Sinopharm or Sinovac jabs, or Russia's Sputnik vaccine.

Furthering adding to the difficulties, vaccine-based travel measures do not apply uniformly across the EU.

Bloc members Cyprus and Spain recognise travelers as vaccinated if they have had the full round of Sinopharm or Sputnik jabs, as both have been authorised by the World Health Organisation.

Rabat is working to persuade Paris to recognise any vaccine certified by the WHO, according to an official familiar with the discussions.

While Russia's Sputnik V and the Chinese Sinovac vaccines are currently under review by the European Medicines Agency (EMA).

African countries have struggled in the global race to vaccinate, with wealthier nations accused of bulk-buying excess doses directly from manufacturers.

In response, many governments on the continent have turned to China.

Morocco signed a deal as early as August last year to take part in clinical tests of the vaccine from Sinopharm, which agreed to provide the kingdom with 10 million doses before the end of the year if results were successful.

That has enabled it to vaccinate nine million of its 36 million population in four months -- seven million of them receiving the full two doses.

Morocco has pitched getting jabbed as a patriotic act, as well as making it a condition for leaving the country.

It has also launched its own domestic vaccine pass, exempting recipients of two full doses from coronavirus restrictions including the night-time curfew and limits on travel.

But the vaccination campaign has yet to open the door to Europe.

Emer Cooke, head of the EMA, told AFP it had held "initial talks" over certifying the Sinopharm vaccine, which has not yet presented its dossier to the Amsterdam-based body.

"Honestly I don't know why they haven't gone anywhere so far," she said.

"What I would say is that we are ready to receive any vaccine that meets the European criteria for safety quality and efficacy irrespective of where it is manufactured, and we're here to evaluate those."