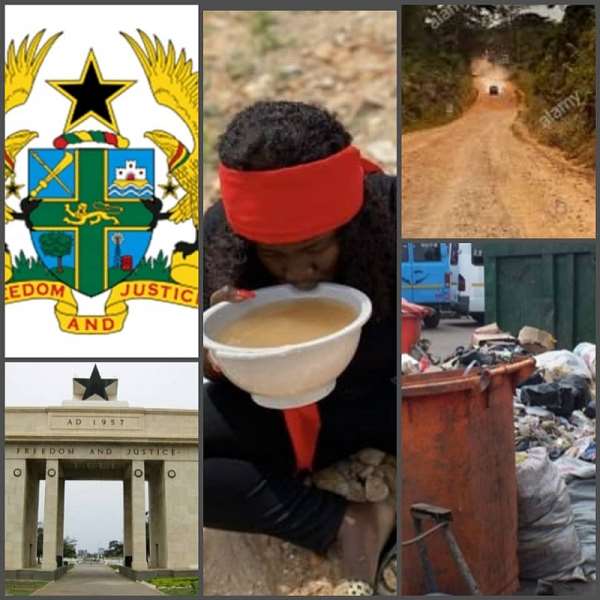 “States are as the men, they grow out of human characters.” - Plato

Whatever there is to fix in this country, requires that we all, including the proponents of the #FixTheCountry campaign, fix our character which Plato rightly puts above. For there is nothing messy in the country today which did not grow out of the poor human characters inhabiting this state today, even those of the pre-independence times. It is not to disagree that our country does not need fixing for it does. It is also not to put in defense against the right to campaign for change, which in all fairness except as otherwise prescribed by law is legally permissible as a means of expressing citizenry opinions and seeking redress on matters of individuals welfare.

However, a fixed country is only thus possible if the attitudes, what Plato describes as human characters, are fixed. But, who gets these human characters fixed? The State, Government, or the Citizenry?

The State, as a political society or body politic "wields powers and authority, enjoy rights and privileges and immunities that are more extensive than those possessed or enjoyed by any natural or other legal persons". The State has at its disposal coercive power to compel all manner of persons to obey its rules at necessity. At its feet are all the law enforcement agencies whose supreme responsibility is to enforce compliance with State laws. Evidently, the State has got all the energies required to fix the country. The failure to fix the people and or the things which require fixing begs for attention. It is therefore not out of place for some group of citizens, no matter what their political affiliations are to seek for the state to fix herself and get the people fixed.

As introduced, citizens of every country owe certain duties. For instance, article 41 of the 1992 Constitution of the Republic of Ghana clearly identifies that, "the exercise and enjoyment of rights and freedoms are inseparable from the performance of duties and obligations". Every citizen (poor or rich, office holder or non office holder, politician or non politician, educated or non educated, etc) has the duty to; work conscientiously in his lawful choice of occupation, protect and preserve public property and expose and combat misuse and waste of public funds and property, contribute to the well-being of the community where the citizen lives, protect and safeguard the environment, maintain law and order, uphold honesty and self integrity, pay taxes, express allegiance to the state, be obedient to the state, among others. The question, generally in perspective is; to what extent have citizens honoured these duties? What is missing? Must citizens campaign for the country to be fixed by the State and Government be discussed in isolation of the responsibilities they owe to the State and Government? Or, to what extent is the exercise and enjoyment of rights, freedoms and privileges separable from the performance of duties and obligations to the State?

Concerning the Government, its functions undeniably include to; provide the reasonable demands of citizens, provide social services, promote socio-economic development, plan the economy for development, administer fairness and justice, protect citizens lives and properties, provide jobs, protect fundamental human rights, maintain law and order, etc. To what extent has the Government of our country, since independence, regardless of the political party in power and the political system prevalent at the time championed the functions enumerated above?

In their working manuscript titled "Facets Of Power: Neo-Colonialism In Africa", Pan-African Dialogue discovers that the jeopardy of Africa is nothing but one arising from "chaos, looting, plundering and squandering of African resources". In his book "The Art Of Leadership", Bishop Dag Heward-Mills advises leaders not to be lifeless but have a conviction, never use power without wisdom, respect principles and then most importantly and for our discussion, tell the truth. In a personal view, the Governments of this country since time immemorial have only caused chaos, looted, plundered, squandered the resources of the State. Adding, Governments seem to have been lifeless, used power without wisdom, have no respect for the principles of the State and their political principles (if any), and have largely been untrustworthy in the eyes of the people and dishonest to the welfare of the citizenry.

In conclusion, the development of every State is multifaceted. It depends on Government, Citizens and the State itself. A call to fix the country therefore means: the State as a body politic must rise up to the occassion of enforcing compliance to its system of laws towards national development, Citizens must render patriotic duties to the State and Government, and the Government in turn has the onerous responsibility of making life comfortable for the Citizenry, which in both short and long runs bring peace, stability and development to the State. This is to say, fixing the country should be a three dimensional advocacy, the State needs fixing, the citizenry need fixing and the Government equally needs fixing.