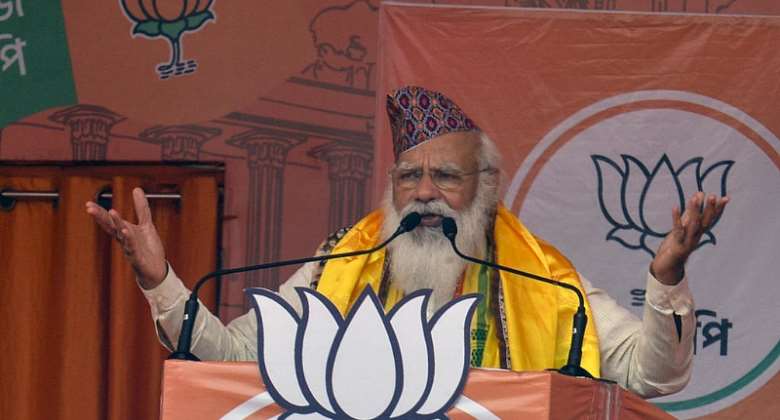 The ruling Bharatiya Janata party (BJP) government led by Prime Minister Narendra Modi marked its seventh anniversary in power in India this week but tough questions are being asked of his leadership as public trust has been dented.

The pandemic's crippling second wave has made India the worst-hit country in the world. Since the beginning of May, over 120,000 people are officially reported to have died, making it the deadliest month during the pandemic.

Thousands of people even in the big cities had to fend for themselves as public anger mounted.

“He needed to get out and sit in front of people, talk to them and tell them what he's doing to save lives. Nothing of that sort happened,” said Congress leader Priyanka Gandhi.

“This is too immense a period of suffering and it will be too hard to convince people that this was just down to 'divine will' or individual failures to wear a mask,” Ashutosh Varshney, director of the Centre for Contemporary South Asia at Brown University in the US wrote in a recent article.

Since he came to power in 2014, Modi has been able to expand the BJP's footprint nationwide with a model that relies heavily on public relations and one that portrays him as India's savior.

He has been able to stave off several major crises in the past few years, such as demonetisation, the Delhi riots and even the migrant crisis during the national lockdown last year.

However, the current crisis has exposed the chinks in his armour. His centralised style of leadership seemed reassuring last year but proved hollow this time as the number of deaths spiraled in the second wave.

Virtually everyone has been touched by this pandemic and the outrage that's being directed towards Modi is particularly from the urban middle classes where he traditionally has a strong base of support.

Even the vaccination programme has been crippled by severe shortages blamed on an earlier lack of orders from the government, and state governments have been pitted against each other in the struggle for supplies. Just under 3 percent of India's 1.3 billion-plus population had been vaccinated.

Insiders in the party point out that significant reserves of political capital have been lost and the government will have to tread with extreme caution in the years leading to the 2024 general elections.

“India is perhaps at an inflection point itself  . . . like the US was last year     where it desperately needs to find its Joe Biden,” said Deepanshu Mohan,  an associate professor and director, Centre for New Economics Studies at O.P. Jindal University.

“Someone who can go beyond ideological constructs to use his lived experience as a guiding force for leading a nation's citizenry to building back better,” he adds.

The pandemic has wreaked havoc and destroyed the lives and livelihoods of millions, and so many more are likely to be affected in the weeks to come.