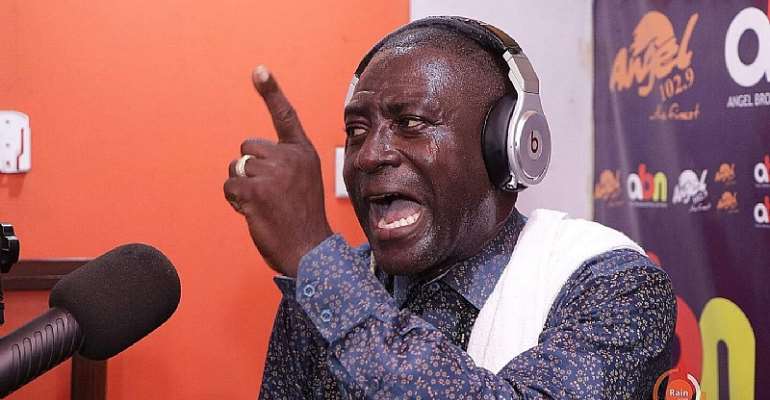 All these ignorant Journalists in Ghana making unnecessary noise with their clueless views.

For example, if a country's debt is Ghc5m and the accrued GDP in that year is Ghc10m, it means the ratio is 50%.

The same way, if the next year, let's say the debt remains the same at Ghc5m but the economy shrinks to about Ghc8m (GDP), the ratio automatically increase from 50% to 62.5% without necessarily adding more borrowing to existing loan in that year. This is bcos it is a ratio. Thus if the numerator (Debt) remains constant and the denominator (GDP)reduces, the ratio in percentage will increases.

The debt is the numerator, the GDP (economy) is the denominator, any variation in any of the two entities can affect the final percentage.

As I said, the economy of every country shrunk in 2020, irrespective of how robust ot how productive the country may have been, due to the Covid-19 pandemic. Ghana was also not spared. We know Ghana's GDP growth in 2019 was 6.5%. This growth shrunk to barely 1.1% in 2020.

The 1 1% GDP automatically makes the percentage debt to GDP ratio increased even without borrowing any substantial amount in addition in 2020. Simple as that!

I really don't think if Ghana's economy (GDP) grew by 6.7% in 2020 and the debt remained the same to little was added, the ratio would have gone up beyond 69%. That, I believe, wouldn't have generated this cacophony in the media about the debt to GDP ratio.

Unfortunately, those who should know better and should make people understand the facts, have also chosen to make propaganda with issue, describing the situation as "Culture of Silence", to confuse the people the more.

The ignorant journalists too, are also polluting the air with their cluelessness, throwing more dust into the eyes of Ghanaians.

The fact is, a country's GDP to debt ratio can go beyond 100% depending on economic changes.

Now, the question is, does it really suggest that the economy of Nigeria is far better than that of the UK, Japan, Germany, France and others bcos their debt to GDP ratio is significantly low? I do not think so.

In the same way, if the size of the economy starts picking up, and the GDP growth increases, the debt to GDP ratio also goes down correspondingly.

I really don't know why this debt to GDP percentage changes should be the biggest issue confusing many people in Ghana, just bcos some people love propaganda more than the truth.

The fact that it says a country's debt to GDP ratio is over 76% does not mean that 76% of the GDP is going to be used to pay off the debt, No. It is possible that about just 24% of the entire GDP may be used to service the total debt. Thus pay for the interest on loan plus part of the capital payment over years, depending on the arrangement agreed on the loan years, the interest rate agreed and the type of payment adopted (eg: part capital + interest). Simple as that.

Therefore, I really don't know why some Ghanaians are making issues of this out of ignorance.

Group demand justice for Fulani who died under mysterious ci...
7 minutes ago