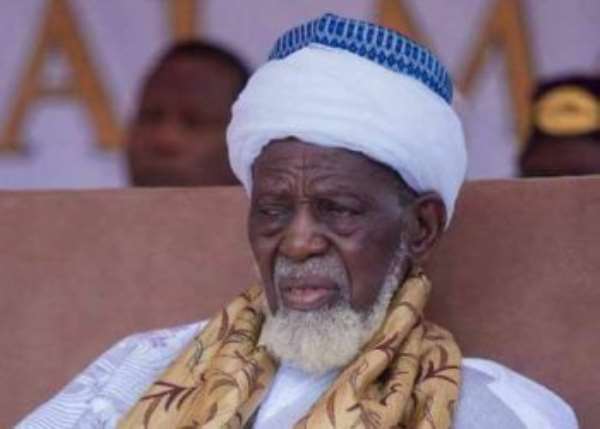 The National Chief Imam has called on the Muslim community to remain calm as his outfit works to resolve the current standoff at the Wesley Girls’ High School.

This comes on the heels of a statement issued by the Methodist Church Ghana, kicking against an earlier directive by the Ghana Education Service for Muslim students at Wesley Girls' High School to be allowed to fast.

The church said it took a “strong exception” to the directive, stressing that it “cannot accede to the unilateral directive issued by the Ghana Education Service.

But the Office of the National Chief Imam says it finds the statement worrying and has called for immediate dialogue.

The spokesperson for the National Chief Imam, Sheikh Armiyawo Shaibu, in a Citi News interview, said “this is the first time such an issue is coming up, and so we understand why most Muslims have become passionate about it. We don’t fault them at all, however, we urge them to let calm prevail as we work to resolve the issue.”

“The Chief Imam has called for immediate consultations between the Christian and Muslim leaders. And we are hopeful that we will settle the issue amicably. We are employing the empathetic engagement to resolve this issue.”

He further cautioned the Muslim community to be careful not to generalise the issue as it will breed religious divisions.

“We are being careful not to make this issue a matter of religious confrontation. We acknowledge that there are Christian mission schools where Muslim students are treated well. So we will not be fair to the Christian community if we decide to generalise the issue.”

“We want to address the Wesley Girls’ High school specifically, together with other schools with similar issues.”

Wesley Girls' High School faced criticism after it prevented a Muslim student from fasting during the ongoing Ramadan.

The Minister of Education, Dr. Yaw Osei Adutwum had met with the Board of Wesley Girls' High School and advised the Ghana Education Service (GES) to put measures in place to address the concerns of Muslim students.

As part of its directive, the GES urged parents of such students “to write to the school indicating that the school shall not be held liable for any health condition of the student as a result of the fast”.