A summary of the history behind the Re-Akoto Memorial Lectures 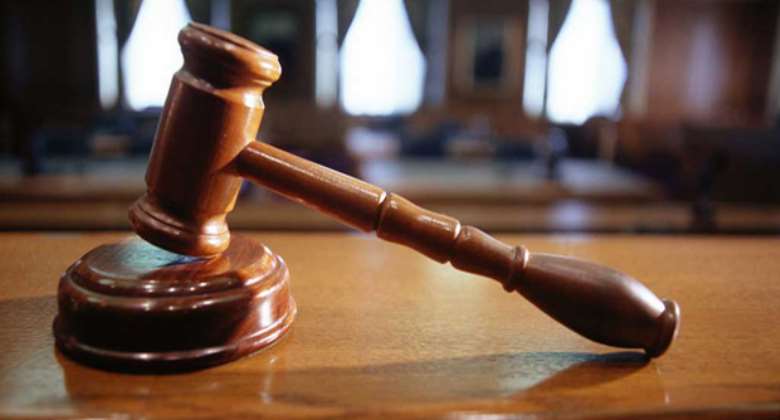 The Ghana School of Law has annually been organizing the “Re-Akoto Memorial Lecture” since April 2006 to commemorate the significance of the case of “RE: AKOTO AND 7 OTHERS”.

The Memorial Lecture instituted by the Asantehene, Otumfuo Osei Tutu II as life patron of the Student Representative Council (SRC) of the Ghana School of Law, is designed to promote research, study and educate the citizenry on the development of Ghana’s constitutional democracy and human and people’s rights.

THE CONSTITUTIONAL AND LEGAL HISTORY BEHIND THE RE-AKOTO LECTURES

The constitutional and legal history behind the Re: Akoto Memorial Lectures elaborates one of the many sacrifices of Okyeame Baffuor Osei Akoto towards the advancement and development of the political tradition and philosophy into the Modern New Patriotic Party (NPP).

The Prevention Detention Act (PDA) was enacted by Parliament in 1958. The PDA empowered the executive to arrest and detain without trial, people whose acts were considered prejudicial to the state.

The grounds for the detention were that they encouraged the commission of acts of violence in the Ashanti and Brong-Ahafo and associated themselves with persons who have adopted a policy of violence as a means of achieving political aims in those regions. Baffour Akoto was a “founding-member” of the National Liberation Movement (NLM): a political setup that advocated for a federated Ghana.

CASE AT THE SUPREME COURT

RE: AKOTO AND SEVEN OTHERS

[2] G. Bing (Attorney-General) with him A.N.E Amissah for the Respondents

On the 28th day of August 1961; the Supreme Court of Ghana, was confronted with legal interpretation of Article 13(1) of the 1960 Republican Constitution and here, in relation to its consistency with the Preventive Detention Act [PDA] (1958 (No. 17 of 1958) under which the Senior Linguist of the Asantehene- Baffour Osei Akoto, and Seven Others- namely: Peter Alex Danso (alias Kwaku Danso), Osei Assibey Mensah, Nana Antwi Bosiako (alias John Mensah), Joseph Kojo Antwi-Kusi (alias Anane Antwi-Kusi), Benjamin Kweku Owusu, Andrew Kojo Edusei, and Halidu Kramo, were summarily detained without trial on an offence “prejudicial to the security of the State”.

Dr. Joseph Boakye Dankwa- Counsel for the suspects, who probably, by the fate of political destiny became victim of the same PDA- sought to argue that by virtue of section 3 of the Habeas Corpus Act 1816, the High Court was bound to enquire into the truth of the facts alleged in the grounds upon which the Governor-General was satisfied that the order of arrest of the suspects, was necessary to prevent Akoto & Co. acting in a manner prejudicial to the security of the State.

At the Supreme Court, Counsel Dr J. B. Danquah raised seven crucial points on behalf of the suspects:

[3] The Minister of Interior [A. E. Nkumsah] who signed the order for and on behalf of the Governor-General was actuated by malice.

[6] The Preventive Detention Act, 1958, by virtue of which the appellants were detained, is in excess of the powers conferred on Parliament by the Constitution of the Republic of Ghana with respect to article 13(1) of the Constitution, or is contrary to the solemn declaration of the fundamental principles made by the President on assumption of office.

[7] The Preventive Detention Act not having been passed upon a declaration of emergency [but in peace time] is in violation of the Constitution of the Republic of Ghana.

[1] The affidavits disclosed all the facts relevant for determining whether the writ should issue or not. Rule 14 of Order 59 does not oblige a judge to make a formal return in every case. He is entitled to dispose of the case on the affidavits. Dicta of Goddard, LJ. in R v. Home Secretary, ex parte Greene [1941] 3 All E.R. 104 at p. 123 applied;

[2] Although the Habeas Corpus Act, 1816, is a statute of general application, it does not apply in this case because the Act under which the appellants were detained vests plenary discretion in the Governor-General (now the President) if satisfied that such an order is necessary. Upon production of the order the only question which has to be considered is its legality. If the order is lawful the detention is lawful: Liversidge v. Anderson [1942] A.C. 206, H.L. followed;

[3] The court can only look into allegation of bad faith by high officers of the state if there is positive evidence, which is singularly absent in this case: Nakkuda Ali v. M.E. De S. Jayarakne [1951] A.C. 66 at p.77, P.C. cited;

[4] The term “security of the state” is not limited to the defence of Ghana against a foreign power, and the powers of the Preventive Detention Act may be invoked where the basis of aw is sought to be undermined and attempts are being made to cause disruption in the normal functioning of government;The Preventive Detention Act is to be distinguished from the Criminal Code, (Act 29), in that the code concerns itself with acts already committed whereas the Act is aimed at preventing the future commission of acts prejudicial to the safety of the state;

[5] Article 13(1) of the Constitution imposes only a moral obligation upon the President of Ghana. Throughout the declaration, which is similar to the Coronation Oath of the Queen of England, the word “should” used is and not “shall”. The declaration does not constitute a bill of rights and does not create legal obligations enforceable in a court of law;

[6] The effect of the Article 20 of the Constitution is that Parliament is sovereign and the legislative powers are qualified only with respect to the entrenched Articles therefore;

[7] The Preventive Detention Act, 1958, is therefore, not contrary to the Constitution and Parliament is competent to pass such an act even in peace time

The verdict in the Re: Akoto suit has been strongly criticized and found to be legally defective and as one; punctuated on politics and executive influence as the Justices that sat on the case, mechanically, flopped, to give holistic effect to the “Letter and Spirit” of the 1960 Constitution. It, more over, epitomized the extent of the executive and legislative’s impunity, and the shameful role the courts of Ghana played toward it.

[4] SuperLawGH: Re Akoto and 7 Others

[6] Asante Fordjour: The Re Akoto and The Supreme Court Revisited