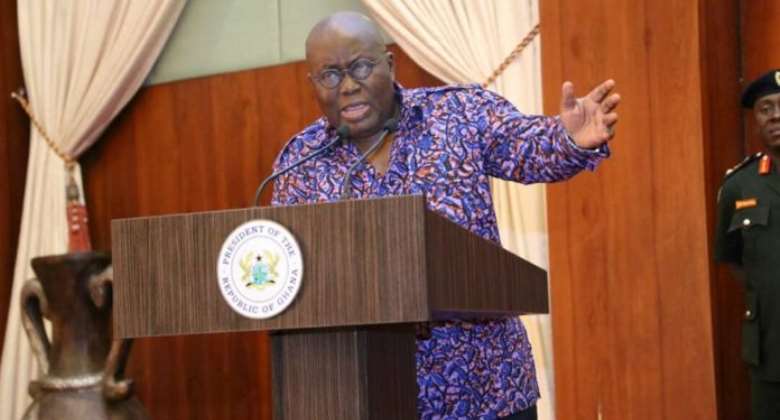 President Akufo-Addo has for the umpteenth time indicated his commitment to fighting the phenomenon of illegal small-scale mining commonly known as galamsey in Ghana.

He said he will do everything within his power to bring the menace to an end in his second term which ends in January 2025.

Nana Akufo-Addo said this when Okyenhene, Osagyefuo Amoatia Ofori Panin and other leaders of the Akyem Abuakwa Traditional Council paid a courtesy call on him at the Jubilee House on Friday, April 23, 2021.

He noted that major rivers such as the Birim and Ankobrah have been polluted due to the activities of illegal small-scale miners and as such, he will put in a lot of efforts in the fight to ensure that the next generation are not deprived of water, mineral and natural resources that are threatened by galamsey.

“We’ve seen what has happened to River Birim, Ankobrah and other major water bodies. I’ll put in a lot of efforts in the galamsey fight for Ghanaians to know that I’m serious about the fight so that we can bequeath to the next generation the gold, water and other natural resources we inherited from our forefathers. I intend to do everything within my power in this second term to bring this galamsey menace to a conclusion in Ghana,” he stated.