Admit students with dreadlocks if they have a good reason... 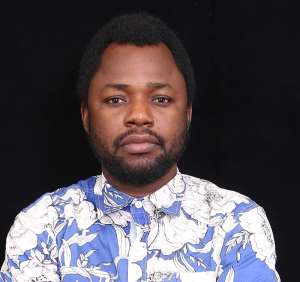 The Ghana Education Service (GES) must be serious in its outlook on very important matters like the rights of children to have an education. When the Headmistress of the Achimota Senior High School in March 2021 denied some two Rastafarian students admission on the basis of their dreadlocks, the internet went haywire, especially social media which made GES order the school to admit the said two brilliant students based on their rights to education as children as stipulated by our constitution.

The headmistress claims that it is against their rules to admit students with dreadlocks, but these are brilliant students who scored distinction in their exams and were placed by the Computerized School Placement System in the Achimota Senior High School. Why would the headmistress focus on just their dreadlocks and not their academic prowess? Achimota school is not a private one or a religious monastery, but a public school funded by the people of Ghana via taxes.

How could the authorities of the school hastily conclude even without first contacting the parents of these students to find out the reason behind their dreads? It is not just everyone who wears dreadlocks does that for fashion; others do for various reasons like a combination of cultural and religious beliefs and practices. Dreadlocks have always been worn to make a statement. For many, they're spiritual and they symbolize the letting go of material possessions. For others, they're political and a way to rebel against conformity and the status quo. Some just like the way they look or use them to make a fashion statement, therefore different people do Rasta for different reasons and we need to know people's reasons even before we begin to judge them.

The GES rescinding on its earlier decision to allow the students to be admitted with their dreadlocks is very unfortunate and not well thought out, hence setting a bad precedence for other schools in the country to emulate. This kind of bigotry or discrimination does not promise the progress of a nation in this 21st century of ours. Change is constant in life and everything changes with time; no matter how hard we try, we cannot keep certain things the same for centuries and that is simply called growth. Everybody needs somebody at some point in their lives. For instance, if the headmistress of the Achimota school were drowning or dying and the only one around to save her life was a Rastafarian, would she reject to be saved? I don’t think so. We need to stop judging people by their looks or appearance, but judge them by their character.

How does dreadlock affect the discipline or academics of a school? Once it is kempt or neatly done, they are good to go. We should be discussing or debating issues of inventions, technology, space, knowledge and how to catch up with the first world in this current time, not waste much time on unproductive issues like the hairstyle of some brilliant students who hold their religious beliefs in high esteem. The world is moving forward and things are changing, the way things were done in the 1930s would not be exactly how they should be done in 2021. There are many important issues the media can talk about and we as a people need to emancipate ourselves from mental slavery.

I learnt the GES has again and finally asked the school to admit the students after they rescinded on this same decision they made earlier when the news first went viral on social media. What is their problem? They should be able to take a bold decision on this matter once and for all and set proper precedence for the future. You cannot be putting on Peruvian or Brazilian hair, yet ask others to cut down their natural hair, simply because they are in dreads and again allow foreign students with the same hairstyle, yet prohibit our own students from doing the same thing. The Achimota Senior High School has grown past that level of pettiness and needs to move with the momentum of time.

Akufo-Addo directs CJ to look into petition for Jean Mensa’s...
8 minutes ago