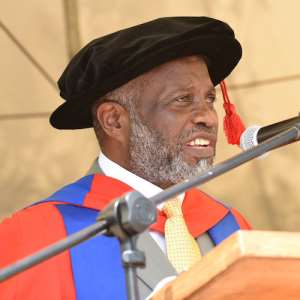 The 69th Annual Meeting of the Governing Board (Council) of The West African Examinations Council (WAEC) has ended with the election of Prof. Ato Essuman from Ghana as the new chairman.

Prof. Ato Essuman becomes the 20th Chairman of the sub-regional organisation as he succeeds Mr. Baboucarr Bouy from The Gambia, who was elected in March 2018.

Prof. Essuman’s election is for a three-year tenure (March 2021 to March 2024) in line with the Council’s

The 69th Meeting, which was held online from Monday, March 22 to Friday, March 26, 2021, was declared open by His Excellency Nana Addo Dankwa Akufo-Addo, President and Commander-In-Chief of the Armed Forces of the Republic of Ghana.

In his keynote address, President Akufo-Addo described WAEC as a dominant institution in the West African sub-region which had consistently produced leaders in various fields of endeavour and a workforce to drive the economy. He commended WAEC for regularly generating reports and statistics to guide the member countries in policy formulation and implementation. He also congratulated the Council on the successful execution of its mandate in 2020 despite the COVID-19 pandemic.

School Candidates in the year 2020. He decried the spate of examination malpractice in the sub-region and promised greater collaboration between his government and WAEC to curb the malaise and further improve on the quality of education in Ghana.

Council meets once each year and the meeting is hosted in rotation by the five member countries – The Gambia, Ghana, Liberia, Nigeria and Sierra Leone. The 68th Meeting, which was originally scheduled for March 23 to 27, 2020 in Monrovia, Liberia, but had to be postponed due to the COVID-19 pandemic, was successfully held online from March 1 to 4, 2021. The 70th Meeting will be hosted by Nigeria in March 2022.

Delegates from the member countries who attended the five-day 69th Meeting included government nominees and representatives of the ministries of education, universities, secondary schools and other interest groups.

Furthermore, Council received from the leaders of the five country delegations detailed reports on developments in the educational sector in their respective countries, and appreciated the Governments for the various interventions aimed at improving the quality of education and performance in public examinations. Council likewise expressed profound gratitude to the Governments for doing everything necessary to ensure the continued existence and relevance of WAEC in their respective domains.

Council called for more collaborative efforts by the stakeholders in education to stop all forms of examination fraud in the sub-region. It advocated the creation of a forum for regular interactions among the Ministers of Education of the member countries in view of the benefits of such collaborative platforms for the development of education. It also appreciated the students, teachers, schools, officials of the ministries of education, parents, security agencies, service providers and all other stakeholders who had contributed to the Council’s successes and achievements over the years.

At the formal opening of the meeting, three candidates, all from Ghana, were honoured with the WAEC International Excellence Award for their outstanding performance in WASSCE for School Candidates conducted in the year 2020. They were Master Cecil Tetteh Kumah (1st Prize), Master Godfred Aseda Obeng (2nd Prize) and Miss Afua Manukure Ansah (3rd Prize). They were selected from a total of 2,122,844 candidates who sat the examination in the five-member countries. The Augustus Bandele Oyediran Award for the Best Candidate in West Africa also went to Master Cecil Tetteh Kumah.

On the same august occasion, the prestigious award of Distinguished Friend of Council was conferred on an eminent citizen of Ghana – Dr. John Anum Sakey, former university lecturer and Chief Examiner – for his outstanding contribution to the success of the work of WAEC.

The meeting also featured the 26th in the series of Annual WAEC Endowment Fund Lectures titled “Treading on Slippery Ground: Calling Education to Account”, which was delivered by Prof. Kafui Etsey of the Department of Education and Psychology, University of Cape Coast, Ghana.

At the end of the week-long meeting, the Head of the Ghana Delegation – Prof. Kwasi Opoku-Amankwa – was also elected as Vice-Chairman of Council for the one-year period March 2021 to March 2022.