The Tragic Story Of Achimota School Versus Rastafarians 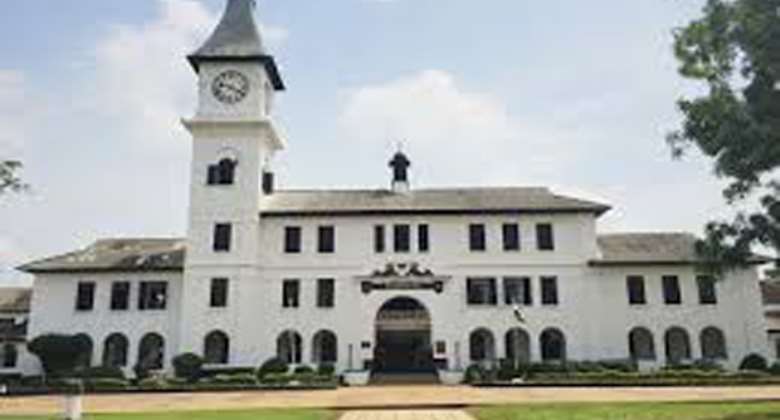 In the beginning of the 1920s, Brigadier General Gordon Guggisberg was posted by the Colonial Secretary of UK to Gold Coast as the Governor to kick start the process of preparing the colony towards self rule.

Even though Mfantsipim and other centres of learning were far ahead of Achimota College, the degree of government investment and attention was so high that Achimota soon became the local byword for educational excellence.

By the Grace of God in October 1967, I arrived from a very deep village in the countryside, JINIJINI, to attend Achimota School Form One to find the school campus more than twice of the size of Jinijini township!!!

As my alma mater, naturally I have soft spot for the school, more so when my last two children, Lawyer Divine and Doctor David both followed in my steps at the school.

You can therefore imagine how I felt when I heard in the media that my school is involved in a funny brouhaha with the Rastafarian Movement; that they have, in my view, quite rightly turned down admission for two dreadlocked students responding to the Rastafarian religion.

First of all, let us start the debate by looking at the children; very innocent victims of all the rules and regulations in the society.

I can say emphatically that more than ninety per cent of all citizens practice the religion of their parents. I was born, baptized and confirmed as a Presbyterian, like all my four children.

In order to consolidate religious beliefs of parents, the trend is to send their children to their religion-based schools – so, go to Mfantsipim and majority are Methodist, go to St Augustine's College and majority are Catholics, go to Legon Presec and majority are Presbyterians.

So, if Rastafarians believe so strongly in their dogma, why don't they open their own Rastafarian High School to educate their young according to their peculiar beliefs?

In my days at Achimota, some of the schools that were competing with us in academia were Bishop Herman Catholic School at Kpando, TI Ahmadiyya School for predominantly Moslems in Kumasi and others.

A child is a MINOR, not capable in law to be responsible for decision making. Even though girls mature early in life and therefore are granted the right to say yes or no to sex at age 16, still, it is only when a person reaches the age of 18 before he or she can be classified as an adult, capable of voting and being treated as one of MAJORITY.

I had a driver, Moslem, for 10 years long. Anytime I go to court, he will wait in the car, listening to sermons of Pastor Mensa Otabil. He resigned from being a Moslem and is now a worshipper of ICGC sect. By contrast I have just picked a driver who has “TUUBA” – a young 20-year-old boy who has changed from Christian religion to be a Moslem!!!

The central point is that children are not responsible for their actions. They need to be guided, to be trained, to be directed, and it is tragic when strange sects and or not too certain paths are forced on them.

If Achimota School is the same Achimota that I left nearly 50 years ago, then it is a school where the emphasis is more on extra curricula activities – sports, swimming, military cadet training, drama and whole lot of constant interaction – with two Rastafarians with their unkempt hair in their midst? They will be shunned and isolated so much that it will wound their self esteem and lead to stunted growth.

Why not make them day students of equally good schools like Accra High School – strictly and purely day school where such embarrassing encounters can be avoided?

Achimota School has a tradition of being a public state sponsored school, co-educational, multi religious, admitting everybody – I remember Aggrey Chapel for Protestants, the Catholics had their own chapel and there is a school mosque.

At law, I think honestly that my school is wrong in denying the Rastafarians admission, but honestly in the interest of the students, their parents should withdraw them and send them elsewhere, otherwise, trust me, in less than 10 years they will remove the load off their heads and abandon Rastafarian – possibly for Presby Church!!!