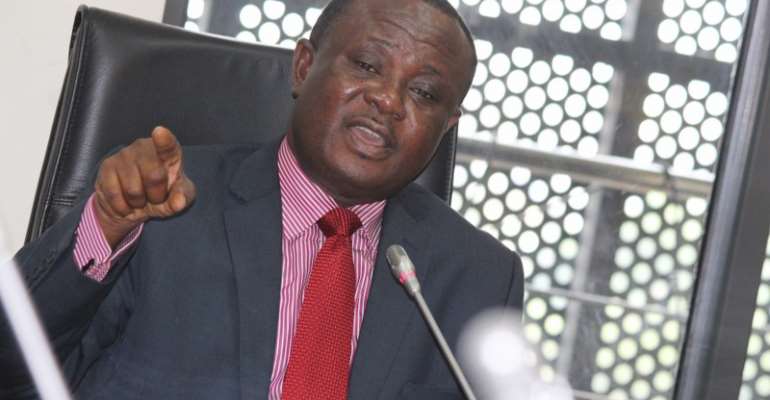 The First Deputy Speaker of Parliament, Joseph Osei-Owusu, affectionately called Joe Wise said it is problematic to centre the debate on the raging issue of Achimota and its rejection of the Rastafarian boy on religion.

This he argues will complicate the issues for the young man.

Making submissions on the floor of parliament on Thursday, March 25, 2021, Joe Wise contended that Rastafarianism as a practice involves the smoking of weed and that cannot be condoned in our school because smoking of the substance is illegal in the country.

He cited a situation in 2015 where Blakk Rasta in an interview on Hitz FM suggested that 80 per cent of MPs smoke weed that landed the Reggae musician into trouble.

“Indeed, if you recall, one of the persons that have been brought before this house for contempt of parliament was on the person claiming to be a Rastafarian who went on air to say that MPs smoked weed. He was brought to this house, he was put before the privileges committee and he was found guilty of contempt of parliament, and he was made to apologize and told to go and sin no more.

Achimota school has been in the news for the past weeks after the headmistress refused admission to a young man that was placed to the school by the Computerized School Selection and Placement System (CSSPS) because of his dreadlocks.

Even though the Ghana Education Service directed the to admit the young man but the school called their bluff.