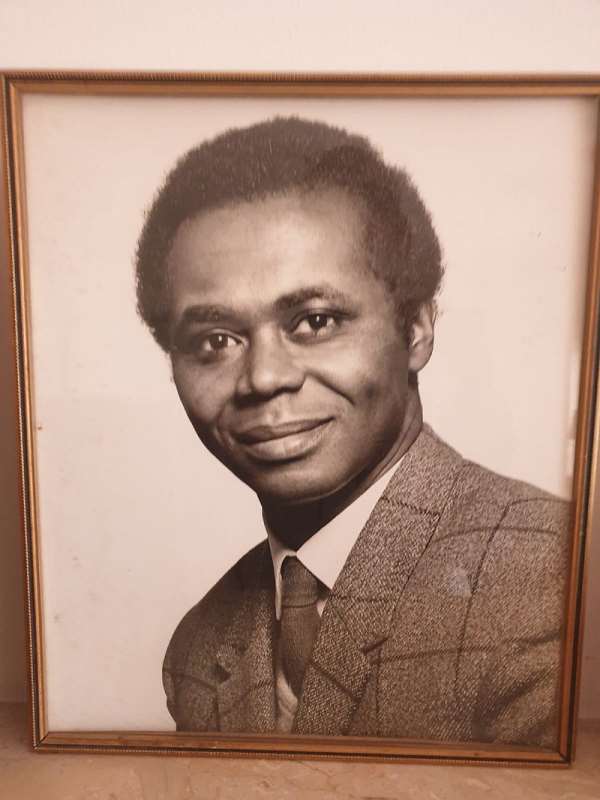 "But we do not want you to be uninformed, brothers and sisters, about those who have died, so that you may not grieve as others do who have no hope. For since we believe that Jesus died and rose again, even so, through Jesus, God will bring with him those who have died." 1 Thessalonians 4:13-14

Dr. Emmanuel Komla Adinkra, affectionately called ‘Doctor’ was born on April 3, 1930. He was one of the beloved sons of the Late Mr. Ebenezer Adinkra and Madame Grace Adinkra, hardworking farmers all of blessed memory and a native of a small village, now town known as Sokode Bagble in the Ho Municipality.

Doctor started His primary education at Infants School in 1942 in Primary and continued to Junior School for 3years and then to Senior School which was later changed to Middle School in Etoe Awudome. After obtaining His Standard Seven Certificate, He sat for His Common Entrance Examination in 1951 which he passed with distinction.

Doctor, attended Manchester University in the UK for Medical Training where he got his Doctorate Degree after 5years. After completion of his Housemanship in Stafford in 1965 for one year, He later moved to Blackpool where He met His wife.

Doctor returned to Ghana with his young family and started His Medical Practice at Korle-BU Polyclinic. He later moved to Kumasi and got acquainted with the running of City Hospital and stayed in the Kumasi Metropolis all his life in the practice of a profession he passionately admired.

A devoted and strong pillar to His family, Doctor made it a point to see to the needs of everyone both far and near to achieve the very best that they could possibly be. On this day we celebrate a gallant medical warrior who made the welfare of his patients an utmost priority.

Doctor though stricken in years hardly stayed home. He made sure he visited the hospital every day at his old age until he took ill a few days before his untimely passing. Hard-working and very devoted to his call to serve all men all the time, Doctor was present at City Hospital every day.

Doctor was very kind, generous, humorous, and humble in all respects. He never saw himself more highly than the other. He is father to many children near and far. He was also a devoted member of the EP Church, Amakom Kumasi.

Doctor is survived by many ‘adopted’ children and grandchildren who he greatly took interest in their success and wellbeing. Doctor was called home to rest at 90 years after a short illness.

He is however survived by His Wife, Mrs. Peggy Adinkra, and fulfilling scriptures of producing after His Kind, Doctor has 3 qualified Medical Doctors, a Registered Nurse, a Pharmacy Technician, and 2 IT Developers as His biological children and 11 grandchildren who are currently resident in the UK and USA as well as the big Adinkra family in Sokode, Kumasi and other parts of the world.

We, on this day, remember a giant tree that fell a year ago which cannot be replaced. There are some who bring a light so great to those around them that even after they have gone, the light remains. This was who the Late Dr. E.K. Adinkra was.