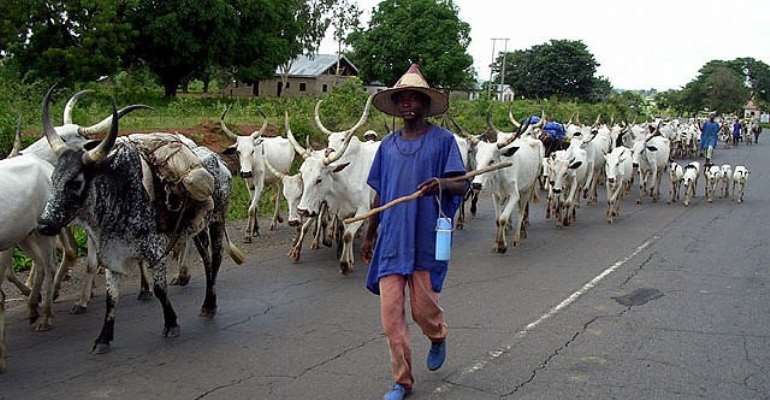 Hausa-Fulani elites of northern extraction have been plotting how to secede from Nigeria since 2017 and the beneficiary nations will include Niger Republic and Chad. The only snag in the plan is the herdsmen who are not ready for any breakup of Nigeria, preferring a secured colony within the national space.

When Nnamdi Kanu, Director of Radio Biafra and Indigenous Peoples of Biafra IPOB was arrested in 2015, the level of hatred his IPOBian faithful poured towards Buhari and his Fulani stock, with extension to the Hausa, Kanuri etc. shook the north to their roots. The north was called all manners of unprintable names in the social media and through every forum. Shoe Shiner’, ‘Meruwa’, ‘Gworo Chewer’, ‘Paedopile;, ‘Murderer’, ‘illiterate’, ‘zoo’ are amongst the moderate names given to the northern folks. Buhari got worse terminologies and they even alleged that he raped Aisha before marrying her.

I watched the insulting embarrassment metamorphose from shock to resolve and I kept warning IPOBians that these hate messages will soon be counterproductive. In November 2015, while pressurizing for the release of Nnamdi Kanu, we issued a press release ‘Condemning the Radio Biafra Hate Speeches ‘The secessionists never listened to us on uncouth language. Even Pastor Kumuyi, Pastor Adeboye and Bishop Oyedepo were not spare of hate speech. The embarrassed northern elites decided not to be taken unawares by a South East-South South Gang-Up, and elected to develop their region in readiness for any form of secessionist agenda.

The hate messages against the Hausa, Fulani and other Northern tribes continued to the highest level after Nnamdi Kanu escaped the Python Dance of Nigerian Army, with the connivance of Tukur Buratai, to Ghana-Israel-UK. How Buratai aided Nnamdi Kanu’s escape is a subject for another day.

By early 2017, cross sections of northern governors and elites held various meetings and decided for the accelerated development of the north. They resolve to show the South, especially Igbos that they are not the fools they are labelled.

Northern governors, with Buhari’s nodding’s, took steps to curtail wasteful budgetary expenditures, identified critical projects in various states capable of accelerating the GDP of the region, and invested in such. Northern governors have spent money in foreign training for their citizens more than at any other time in their history. They invested in agriculture, irrigation, agric extension services, crop research etc. They built rural road and bridges into communities with high agricultural potentials. They made the formation of farmers’ cooperative society easy for their people, especially to access agricultural facilities.

The Federal Government through the marshal orders of the late Chief of Staff, Abba Kyari, ensured that the North gets eighty percent of the projects from the infamous Chinese loans to the exclusion of the secessionist South East.

Abuja-Kaduna rail line, though started by Jonathan, had to be complete quickly by the Buhari men

The major project coming to South East is $800 million dollars 2nd Niger Bridge,N360 billion, part of which comes from Abacha loot. It is just 3% of the projects sited all over Nigeria. Technically, South East was shut out of legacy projects, because the north is preparing to abandon the Igbos and secede.

Mentioning high quality roads built in the North from Kebbi to Borno, amoun to over fifty quality roads, while Enugu-Onitsha Road is in everlasting construction.

All these and more are deliberate acts of northern elites preparing for a possible secession, in case the IPOB and the South South decided to make the nation ungovernable for them.

During the Endsars uprising, some persons attempted to turn it into opportunity to attack the properties of Hausa Fulanis in the South East. In conjunction with a group, I participate in quenching the greater part of this mischief and I told the youth in Onitsha, Enugu, Abakaliki and Aba that ‘Endsars has nothing to do with Buhari and the North, it’s about wickedness of Nigerian policemen., I wrote a piece in that regard titled ‘#Endsars Protest not about Buhari, Fulani, Hausa, it's Igbo, Yoruba Police Wickedness to Fellow Tribesmen’ and posited that James Nwafor who killed my friend and former Chief Security Officer to Uwazurike by name Chukwuemeka Ugah, is not from Borno or Katsina. He is from Ebonyi State. The rest killer commanders I have encountered over time, and rescued from their hands are all Igbos, Yorubas, Urhobos, Bini, Itsekiri. I pleaded wiith the youth to ‘’ remove tribal propaganda from this #endsars protest so that Nigeria can move forward’’

The youth listened in many places we talked with their leaders, but the case of Obigbo in Rivers State is an unfortunate incidence that represents the resentment and suspicion between Igbos an Hausa-Fulani, which informed their justification in diverting major projects to the north.

The Hausa-Fulani-Kanuri people are not the fools that the members of Indigenous Peoples of Biafra have brainwashed them to believe. They know that an unexpected event can precipitate secession. The Endsars provided opportunity for endless bloodletting between Hausa and Igbo, but we waded into the issue and warned the parties seeking to ignite the artificial crisis to beware.

The IPOBian braggarts about exiting the zoo should stop these bragging’s. It has denied Ndigbo projects in four years. It has denied Ndigbo membership of the Security Council either as Service Chiefs or Heads of DSS, NIA, NSCDS, IGP. The people you are threatening with secession are already getting ready for that secession. Their major problem is that the herders are not buying the idea of secession.

Let the voice of reason prevail. Let every region be given its due share of infrastructural development , let lopsided appointments, lopsided siting of Federal Projects in Igbo land be discontinued, and let the Anti-North, Anti-Yoruba Hate Spinners in Igboland be checkmated before they put the destiny of Ndigbo in jeopardy-and let Niger and Chad citizenry awaiting the much needed secession apply brakes now.