Parliament will be effective under my watch – Bagbin 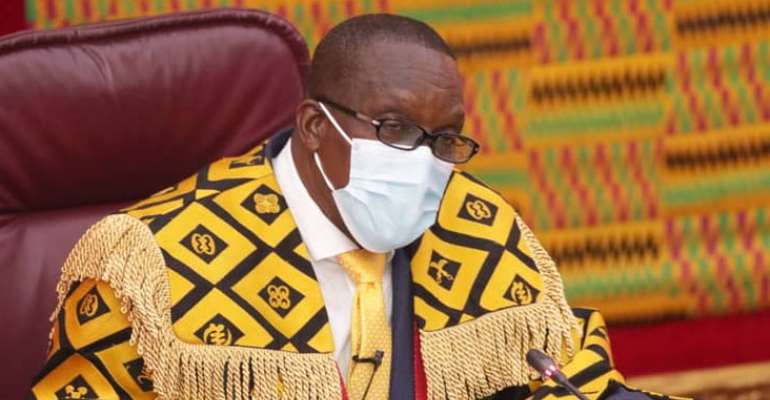 Speaker of Parliament, Alban Sumana Kingsford Bagbin, has promised to help actualize the vision of creating a just and free society in the country.

According to him, this aspiration as captured in Article 34 (1) of the 1992 Constitution will continue to be a mirage unless Parliament takes its rightful place as the bulwark of democratic governance.

Speaking at a two-day orientation and induction seminar for Members of Parliament (MPs) at Ada, the Speaker stated that “Parliament will no longer be an afterthought or a footnote in the scheme of governance in the country,” and must take its proper place as a respected arm of government, not a ministry.

The seminar, which was the second of the two-part orientation programme organised by the Parliamentary Administration, treated topics such as mandate of MP, code of conduct of public officers, MPs and good governance, time management, parliamentary privileges, immunities and conducts, security strategies for MPs, and parliamentary oversight among others.

The Speaker reiterated the point he made during his maiden formal statement to the House that he would ensure a seamless flow of debate in the House, guided only by a purposive adherence to established parliamentary practice, rules of procedure, etiquette, decency, decorum and good conscience.

“To that extent, it is important for all of us to have a clear understanding of the Standing Orders of Parliament,” he noted and added that MPs should be proud that stable parliamentary democracy had come to stay in Ghana, and that the Fourth Republican Parliament had proved the most enduring in Ghana's democratic history.

“Having experienced eight successful Presidential and Parliamentary elections resulting in three smooth transfers of political power from one party to another, Ghana can confidently claim to be a beacon of democracy in Africa.”

The Clerk to Parliament, Cyril Kwabena Oteng Nsiah, in a welcome address, explained the need for continuous induction and capacity building programmes for MPs to be effective always.

According to him, for some MPs, it takes more than a term of Parliament to find their bearings, appreciate the nuances of the legislative environment and to fully grasp the essential tools for effective parliamentary work.

“In order to confront this challenge, therefore, it behoves on a member to seek the requisite knowledge and skills mix through a platform such as this orientation and induction programme, short courses organised by the Parliamentary Training Institute, as well as coaching and mentoring by senior colleague MPs,” he said.