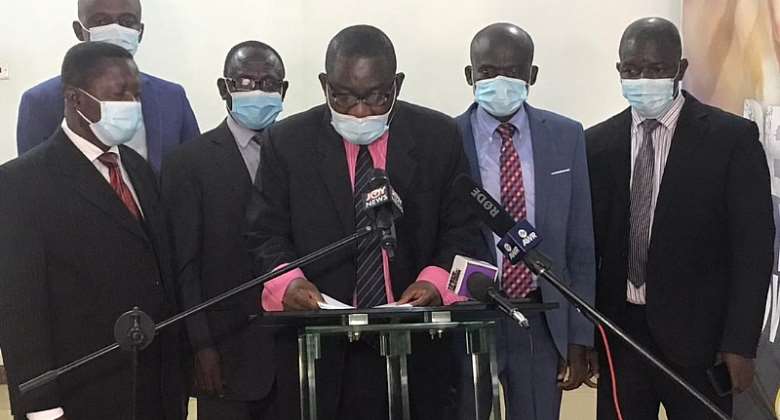 The Seventh Day Adventist (SDA) Church in Ghana has joined calls by many institutions and persons opposed to the activities of Lesbians, Gays, Bisexual, Transgender, Queer and Intersex (LGBTQIs) in Ghana.

The church has thus called on Ghana's Parliament to pass laws that will prohibit all forms of LGBTQIs.

The SDA church believes the act if accepted will dehumanize the social well-being of Ghanaians and therefore wants all the citizenry to rise to stop its introduction into the society.

Addressing journalists in Kumasi to state the church's position on the matter, President of Northern Ghana Union Mission of the Seventh Day Adventist Church, Dr. Kwame Kwanin Boakye said there must be a concerted effort to fight activities of LGBTQIs in the country.

He said the government's stance on the subject has brought some form of relief to traditional and religious leaders in the country who have vowed not to tolerate such activities in Ghana.

“On behalf of the Seventh Day Adventist in Ghana and myself, we want to commend and express our sincere thank you to the president of the Republic, President Nana Addo Dankwah Akufo-Addo and the Government, for reaffirming that ‘Ghana will never and cannot go gay’. All other religious organizations and Nananom are exhilarated to hear that homosexuals and lesbians are not part of Ghana and cannot be part of its citizens,” he stated.

There is growing opposition to the activities of LGBTIs after police raided and closed down their offices in the Greater Accra Region.

Dr. Kwanin Boakye added that the Bible prohibits the act and the Church will also continue to oppose homosexual practices and their relationships.

The church has pledged its support to the government and other stakeholders to fight activities of homosexuals.