I'm the original founder of NDP, not Konadu – Owusu-Cobbiah 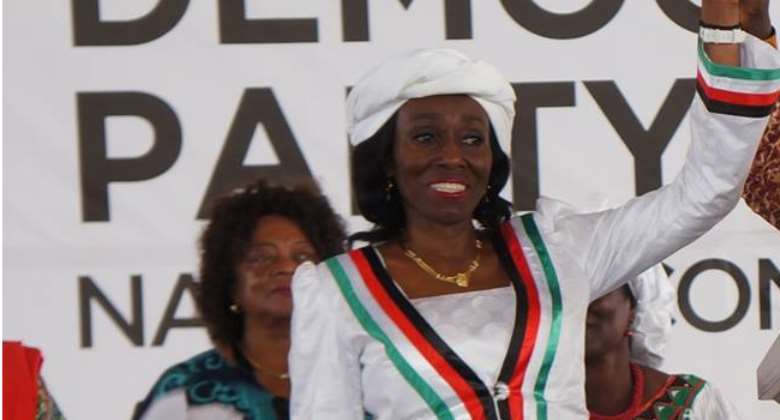 Mr Owusu-Cobbiah Richard has said the former First Lady Nana Konadu Agyeman-Rawlings is not the founder of the National Democratic Party (NDP).

He claims he is the founder of the party.

Mr Owusu-Cobbiah who claims to be the founder made the clarification in a statement after the Secretary-General of the NDP Alhaji Mohammed Frimpong kicked against the NDP’s joint demonstration with the National Democratic Congress against the Electoral Commission chairperson Jean Mensa and Justices of the Supreme Court scheduled for Thursday, 25 February 2021.

According to Mr Owusu-Cobbiah, he has been described as a “heartless political imposter” by the Secretary-General but “I want to put on record without any equivocation that I am the ORIGINAL FOUNDER of the NDP. I am not an imposter and I will never claim ownership of what does not belong to me. If the so-called secretary-general lacks information about how the NDP was founded, he must consult Nana Konadu Agyeman-Rawlings and Yaa Asantewaa Agyeman-Rawlings.”

Mr Owusu-Cobbiah noted that Nana Konadu should rather challenge his role in the formation of the NDP “which I doubt she could boldly do.”

He noted that all documents and correspondences between himself Nana Konadu and Yaa Asantewaa are intact and if anyone dares him, he would prove it to the world.

As a founding father, he said he had the authority to appoint all the Executives of the Ashanti Region at the time.

“I signed the EC registration documents as a founder and your checks at EC will prove me right,” he added.

Mr Owusu-Cobbiah further stated that the NDP is a social-democratic party that broke away from the NDC which has the same ideological belief and has nothing to do with the NPP which “believes in property grabbing democracy, so if Nana Konadu and her cohorts are doing the NPP’s bidding, I and the like-minded members of the NDP will join hands with the NDC to fight to sustain the 4th Republic which was founded by the late Former President Jerry John Rawlings.”

He stated that no frivolous information will deter the NDP from organising the demonstration against the EC chairperson and the Justices of the Supreme Court on Thursday, 25 February 2021 in Accra and extended an invitation to the general public to join the march.