I Stopped Going to Church Because of These Reasons 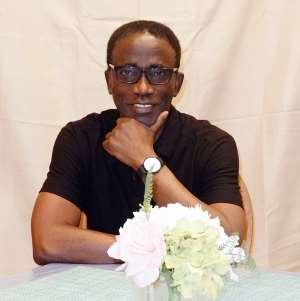 TEN REASONS I HAVE STOPPED GOING TO CHURCH

Africans have always believed in the Supreme being, the creator of the Universe. They have a name for the creator.

The Yoruba of Nigeria label the creator as Olorun, (the owner of the heavens).

The Africans believe that the supreme being does not handle routine earthly problems.

Routine earthly problems are jobs for the local sub-deities, who are the local agents of the Supreme Being.

The Supreme is non-localized Being, and as such African have no specific edifices of worship for the Supreme Being.

The local deities, the more spiritually advanced creations of the supreme, are worshipped, adored and feared. Shrines for the local deities abound everywhere across Africa.

The Africans believe that all creatures, the Minerals, Plants, Animals, and the water bodies, each does have a life-force, an indestructible soul, in them.

The Sages among us, the chief priests of local deities, have the ability to communicate with all other creatures in the Universe. They tap into the Universal Mind/Consciousness as they fall into a trance with dance, drumming, and music.

The Africans believe that humans have other non-physical bodies,

The Akans call the Etheric body,-Osasa, the Soul- okra, and the Spirit- Sumsum.

Africans believe in Reincarnation. The soul is indestructible. Our ancestors regularly, come back to live among us as newborn children.

The idea of Hell and Heaven, a Jealous God, has not been part of the African traditional Religions.

Education was used by Europeans to win converts. Most of the educated Africans were trained as catechists. They would spearhead the transformation of Africa into “civilized” and modern Christian societies.

The missionaries were tasked to learn the local African languages, for effective communications. By speaking the local dialects, the white fathers and missionaries would be more acceptable to the Africans... Cardinal Lavigerie

The Bible was translated into the local languages. To promote literacy, one must be able to read portions of the bible before they would be baptized into Christianity.

Christianity made it possible for the African languages to be written, and read. Christianity therefore promoted the rise of African literatures.

The missionaries established schools to provide the basic education necessary for the assimilation of Christian principles so that the Africans could form the Christian character.

Both White Fathers and Protestant Missionaries established boarding schools far away from home. This was to isolate the students from the home environment, and minimize the effect of native traditions on the students. The school system promoted Western values and desires.

The educated Africans came out of their training detribalized. Actually, they became like “Black Europeans”. They achieved a new status, the new elite; they no longer identified with the traditional belief systems. Africa gradually, became westernized by Christianity.

The encroachment of Western civilization and beliefs system shook the foundations of the culture and belief systems of the African societies. Africa has yet to recover from that huge jolt.

Africans are now in a dilemma. They have not wholeheartedly accepted western civilization and culture. They frequently fall back to their traditional systems during periods of stress. Most self-professed Christians fall on traditional healers, fetishes in times of trouble.

It seems Christianity has been forced on Africans. The average African, now has a dual belief system. They have a deep-rooted belief in African spirituality, and a superficial belief in the sky-God.

Those who brought Christianity to Africa came to collapse the existing African culture and religion. They introduced a Universal God who had white angels, and a God-Son, who was white with blond hair and blue eyes.

Pictures of the white-Jesus, white Angels adorned the walls of classrooms; the pupils saw the pictures constantly. Black Africans, naturally, came to believe that the White Europeans were similar in physical appearance to Jesus, and the Angels. White Europeans were therefore, racially, superior to the Black-Africans. As a result, Blacks seem to have lost their self-esteem, and the sense of purpose. The colonial mentality has been reinforced by Christianity.

Africa was the cradle of religious civilization based on the conception of one Supreme God, Creator of the Universe. This belief in one Supreme Being ante-dates that of the Abraham and Jesus by several thousand years

The role of the numerous sub-deities, and Ancestors, on whom Europeans focused their attention on, was exactly the same as that of patron saints in the Christian world,

Here are the ten reasons I do not go to church, nowadays; having grown-up as a church-boy.

1.The primary reason we are on this planet as human beings, is to follow our passion,

gain the experience, and wisdom. Our final destination is to become sage persons or perfect Beings.

A Sage is someone who has been able to accumulate wisdom. Because they are wise persons, Sages tend to live a virtuous life. Sages are Godlike figures in every society.

All humans aspire to become perfect beings, the primary reason we are here on earth.

Sages are masters of earthly events; they never panic, they are knowledgeable and perfectly do understand issues.

Bible reading provides information and knowledge about past historical events; it does not provide us with experience. By learning from our experiences, we become much wiser.

Going to church does not make anyone, wiser. Going to church succeeds in putting the fear of the lord in chruch-goers. The power of fear is temporal; it does not last long. Little wonder the many Christians in Ghana, and elsewhere, patronize in Bribery and other corrupt practices.

2. All souls come from a common Source; all souls shall return to the Source, eventually.

There is nothing like a Lost Soul. Souls are Eternal; they are never lost. Souls don’t need salvation. Souls are already connected to the Source at all times.

3. The Theory of the Original Sin.

The term original sin comes as an unnatural phenomenon. Original sin has been invented by church, and other Authority figures to manipulate the minds of a section of the general population. We are reborn into this world; we all came with a clean-slates, to begin our new experiences.

4. The belief in a Future Heaven is unappealing to Wise Men.

Heaven has been invented to control the minds of those who lack knowledge in the laws of Nature.

Heaven exists here on our Earth. We can create our own heavens here on earth. Do you know that countries that protected their Traditions and Culture, from the influence of Christianity, Japan, Korea, India, have been doing well, both economically, and culturally? Proper planning, hard-work yield benefits, not miracles and manna from the above.

5. That we are here on earth to Worship, and Serve a Sky-God, is a fallacy.

We are here on earth for experience, and to freely express ourselves within, the confines of the laws of nature.

Only false-gods seek humans to worship them. There is joy that comes naturally, when we love, help and serve other humans unconditionally.

6. That another being came to die for our sins is against the Laws of Nature.

We are here on this earth to follow are passions, and dreams. We are to freely express ourselves, and showcase our uniqueness. We each have a unique role to play in the elevation of humanity to higher levels.

7. Reincarnation is a world-wide, and a natural phenomenon.

We cannot accumulate experiences and sagelike wisdom in a single lifetime. The soul requires multiple lifetime experiences to evolve into perfect beings.

If souls do reincarnate very often, then the idea of eternal hellfire is a fabrication, and meaningless. The idea of heaven and hell has been invented to control the poor and the ignorant, and extract money from church-goers.

8. That humans need salvation, is a fallacy. The light of God exists in everyone.

We only need to tune our minds to the inner compass, the light of God in us, for direction, and guidance. What you seek, already exist inside you. Eternal knowledge exists in each of us humans. We can access the all-knowing-nature in us through meditation, chanting and drumming, music, rhythmic dances, and rhythmic bodily movements.

9. The Christian Bible was invented. The Bible has been copied from manuscripts that had existed thousands of years before Adam and Jesus. All the texts in the Bible could be traced to to the beliefs of earlier civilizations, documented in Egyptian manuscripts, and Persian Zoroastrianism. The Bible is the Constitution of Christianity. The Bible serves as a good reading material for history and leisure; not for wisdom and Spiritual Growth.

10. The Christian religion has been used to control the minds of the unsuspecting/general public, by the Church/Cult Leaders.

Early Christians had condemned to death, anyone who had a different view about life. Those who were not killed had to be excommunicated from the church. It is only in recent times that the Christian religion has modifed its stance on social and religious issues.

It is only in recent times that African drums have been allowed in African churches.

Restrictions still exist in many Christian churches, including the availability of leadership positions, dress-codes. Even though Blacks were elected as Pope, prior to the advent of racial classifications, we may not have a Black Pope, or a female Pope, during our current lifetimes.

Culled from the book, “INSIGHTS, understanding the world around us”