On the Issue of LGBT 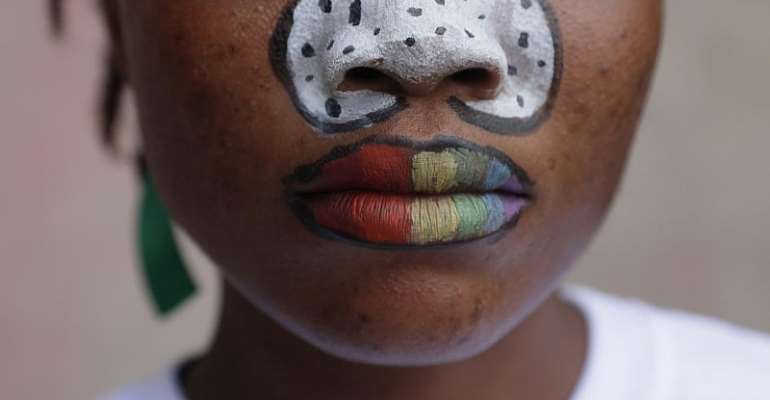 Sovereign States have their own laws that regulate the morality and the social behaviour and norms of their citizens. So, the imposition of an accepted norm or practice by another State is morally inappropriate and interference with their sovereign liberty.

Countries in Africa should be given the luxury to choose what they accept as morally appropriate behaviours or sets of behaviours they deem right to practise in order to please their Creator and fit well in their societies. Cultural beliefs and practices are uniquely accepted codes of behaviour which form part of the identity of a group of people. No sovereign State should coerce another to accept patterns of behaviours that are alien to a particular group of people and their morals.

There should be liberty in choosing the culture of a sovereign nation. In Joshua 24:15 of the Holy Bible which reads: “But if serving the Lord seems undesirable to you, then choose for yourselves this day whom you will serve, whether the gods your ancestors served beyond the Euphrates or the gods of the Amorite, in whose land you are living. But as for me and my household, we will serve the Lord”. It should not be the determined policy of a Superpower to impose a particular culture that is forbidden in a home country on the people of the country. Countries should be allowed to choose on their own volition social norms and acts of behaviours they consider properly fitting for their citizens.

The laws of Ghana frown on LGBT. Therefore, the people of Ghana should not be compelled to adopt a cultural practice which is hitherto considered illegal and injurious to the development and growth of its customary practices or culture. Sections of the criminal code of Ghana of 1960 (Act 29) prohibit same-sex and unnatural carnal knowledge. Yet there is latitude for the adoption of this alien culture as apart from the Ghanaian Criminal Code of 1960 that contains provisions criminalising consensual same-sex sexual acts between males, and unnatural carnal knowledge, the other laws are not very clear. The Constitution of Ghana provides for a possible free society. Article 12 (2) which states “Every person in Ghana, whatever his race, place of origin, political opinion, colour, religion, creed or gender shall be entitled to the fundamental human rights and freedoms of the individual contained in this chapter but subject to respect for the rights and freedoms of others and for the public interest”. There is no clear indication that people who subscribe to LGBT practices and beliefs should be discriminated against in this clause as gender can have several interpretations. Gender can be used to denote identities that are not parallel to the established ideas of male and female distinctions. The protection of personal liberty of the citizens is contained in Article 14 (1). Article 17 (2) equally protects the freedom of the people of Ghana. Article 17 (2) states that “A person shall not be discriminated against on grounds of gender, race, ethnic origin, creed or social or economic status”. Social status may mean different thing to different people as it includes lifestyles of the people. This interpretation may have some weakness as it is not offered by someone with in-depth legal knowledge.

In the arguments of Mr. John Ndebugre, women cannot and do not penetrate as they possess no “penis”. But these women use tools which work in the same fashion as the “Penis”. The use of the hand in such acts cannot be introduced as men do utilise their hands when they attempt to have or want to have sexual intercourse with the opposite sex. There could be a flexible opening in the law for people to mount excessive pressure for the adoption of this forbidden act in the country.

Even with this leeway, which can possibly be identified in the law, Ghana as a sovereign state should not comply with the pressures of any Superpower, for fear of being punished with very severe sanctions, to accept forbidden norms and practices which are injurious to the development of its known and default customary practices.

There should be public discussions or debates to make a final decision to adopt and adapt or reject this culture now. The law-makers and people in authority should never take into consideration the persistent pressures and the possible sanctions to be received by the State if it does not adopt this culture. The decision-making process on this matter should be guided by the natural instincts and the conscience of the law-makers and those in authority, in shaping the moral behaviour of the people and the culture to be bequeathed to the generations to come.

It is time for the authorities to publicly state their stanch stance on this issue for the law has loopholes which could serve as the foundation for a possible adoption of this act in the future. But should a foreign State choose a pattern of behaviour for us? No, the second sentence of the U.S.A declaration has a famous phrase that states: “We hold these truths to be self-evident, that all men are created equal, that they are endowed by their Creator with certain unalienable Rights, that among those are Life, Liberty, and the pursuit of Happiness”.

African countries have unalienable rights to choose acts of behaviours that dignify them as humans with conscience and so they should not be coerced with aid to accept an alien custom.

The author has 87 publications published on ModernGhana.