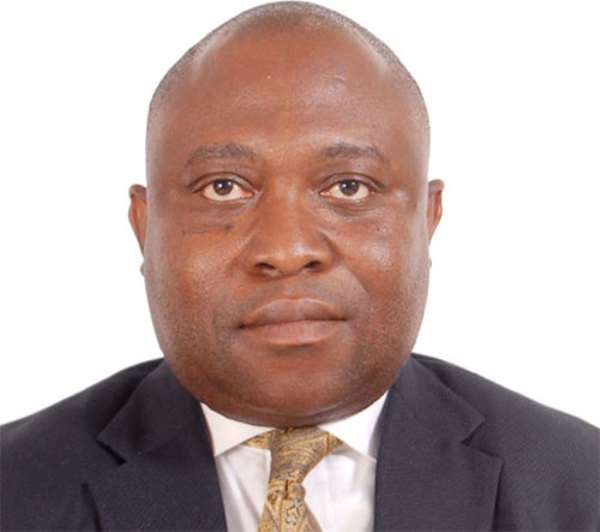 I have had the opportunity of witnessing lawyers of the world of utmost fame cross-examining witnesses in the dock and that made me to love the legal profession. Lawyers like Ken Starr, the private lawyer of Monica Lewinsky in the famous impeachment trial of former President Bill Clinton of the United States of America is a typical example. This was a courtroom star who made Bill Clinton look like a child in the minds of those who watched the guy during the cross-examination.

Ken Starr cunningly weaved the allegation of sexual misconduct around the neck of a confident Bill Clinton who did swear under oath that he never had anything to do with Monica Lewinsky when he really knew that he had had an inappropriate affair with the White House intern. Ken Starr kept his cool as Bill Clinton continued to lie through his teeth because the astute lawyer knew he (Ken Starr) had a trump card which he would use to crucify the world's most powerful Head of State. Bill Clinton used to be my role model, so when he was charged with the offense, I moved in sympathy with him and had the belief that Monica Lewinsky was simply fishing for identity and popularity.

Unknown to some of us who vehemently denied the allegation and did put our hands in the fire to defend him, Bill Clinton had sex with Monica Lewinsky at the White House but did not realise that his sperm had tainted the blue dress of Monica Lewinsky. The lady showed the stained blue dress to her mother who also cunningly hid it in a wardrobe. Finally when Ken Starr produced the blue dress and a DNA was conducted, Bill Clinton was exposed. The most powerful man in the world was down on his knees and he had no option but to beg the people of America for forgiveness.

I had made up my mind not to comment on whatever issue that is happening at the Supreme Court as far as the election petition filed by Mr. Mahama is concerned. In this case, before I sat down to write this piece I consulted my lawyer who assured me that there is nothing like contempt of the Supreme Court in my intended write-up. I had the funny feeling that if I am caught for contempt, I would be hauled before the Supreme Court to face the wrath of the mighty Justices of the apex court. Imagine an angel with flapping wings, standing before these justices who would be sitting in judgment like Pontius Pilate! And as 'a poor boy from Binduri' (apology to Atubiga, the 'professional electrician from Binduri') I do not want any embarrassment.

So there sat Johnson Asiedu Nketia, witness number one for Mr. Mahama, bespectacled and nodding his opaque head like that of Seikwa gongon beater. And there he stood, lawyer Justin Amenuvor, with protruding and tantalising witchery eye, ready to cross-examine the man who had told Ghanaians that “any idiot can go to court”. The man might have remembered his pupil teacher days when he was forced to take a calculator and add up some figures. I laughed because I did not expect an idiot to be able to manipulate a calculator as this particular one fiddled with the device as if he was browsing a network with his computer. Any idiot can go to court indeed!

When he was asked by lawyer for the second respondent, Mr. Akoto Ampaw whether he ever told the world that Mr. Mahama had won the 2020 presidential election, he denied flatly. Like Ken Starr the old and tested legal practitioner, Mr. Ampaw knew he had cornered and caught this village former palm wine tapper in the web. It was not for nothing that a fine legal brain like Tsatsu Tsikata objected to the demand of the lawyer to play a video clip of Asiedu Nketia's pronouncement. Tsatsu knew it would expose Asiedu Nketia as an untruthful witness and that would be a serious case to handle. It is not for nothing that the sages say the law is an ass. Hard as Tsatsu tried, the tape was played and an idiotic looking Asiedu Nketia was seen giggling. I can imagine how the faces of the wife and children of Mr. Asiedu Nketia looked like when they watched that clip.

The experience of Mr. Asiedu Nketia should be a great lesson for our politicians. If you think you can run your mouths and go to sleep, a day of reckoning is beckoning. After all, every dog has got its day. During the 2004 electioneering campaign, another NDC liar in the person of Fiifi Kwetey, also told the world that then president and candidate John Agyekum Kufuor had sold all the gold reserve belonging to the nation. In fact, people believed in that naked and obviously uninformed statement from a politician who was desperately seeking for power and it became a serious case for national conversation.

When eventually Fiifi Kwetey had his day at the Vetting Committee of Parliament and he was confronted with the allegation, he foolishly told the panel members that he lied. That was when Fiifi Kwetey lost the little respect that I had for him. I don't suffer fools so gladly. It is time for the supporters of the NDC to wise up because they have been misled for quite too long. It is very unfortunate that even well-educated members of the party who are supposed to know better are easily carried away by crooks in the party whose main aim is to lie their way to power.

From what is happening at the Supreme Court, one is at loss as to how to describe the Haruna Iddrisu-led NDC Members of Parliament who stormed the offices of the EC to present a petition or whatever they call it. Are they still qualified to be called honourable men and women or we should now refer to them as dishonourable Members of Parliament? I choose the latter because they called for it by their irresponsible action.

As for the drunk and drugged supporters of the NDC who took to the streets across the length and breadth of Ghana to demonstrate against the EC for allegedly stealing the election for Nana Akufo-Addo, I am at loss of words to describe them. They were tricked by the leadership of their party and they foolishly swallowed everything, hook, line and sinker. How I wish they will wise-up next time. Congratulation, Mr. Goebbels Sammy Gyamfi, you succeeded in fooling senior men and women in your defeated party. You made a fool out of them!!

The author has 134 publications published on ModernGhana.

Stiffer sanctions needed to punish persons who engage in tax...
44 minutes ago