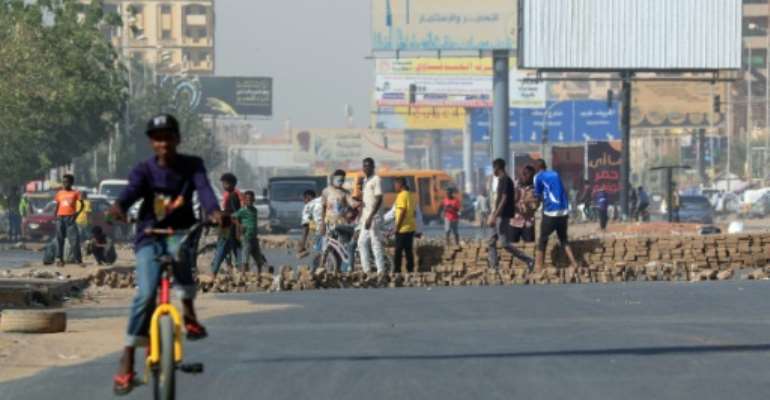 Dozens of demonstrators had blocked 60th Street, a major artery in the east of the capital, setting up barricades and burning tyres to voice their anger at soaring inflation, food shortages and power cuts.

"We can't find a loaf of bread for breakfast at school," said Hani Mohamed, a young protester in a high school uniform.

Sudan has been reeling from an economic crisis since the ouster of autocrat Omar al-Bashir in April 2019 following mass nationwide protests sparked months earlier by high bread prices.

Soaring inflation, exacerbated by the global coronavirus pandemic, has brought more pain to the country of 40 million, where many are forced to queue for hours for a loaf of bread and endure hours-long power cuts.

Inflation reached a whopping 269 percent last month, according to official statistics, and the country is also struggling with some 60 billion US dollars of debt.

Earlier this month, Sudan signed a memorandum of understanding with outgoing US Treasury Secretary Steven Mnuchin for a bridging loan to clear $1 billion of arrears to the World Bank.

It also signed another $1 billion agreement with the US Export and Import Bank.

E/R: Teachers boycott class as unknown persons use faeces to...
31 minutes ago