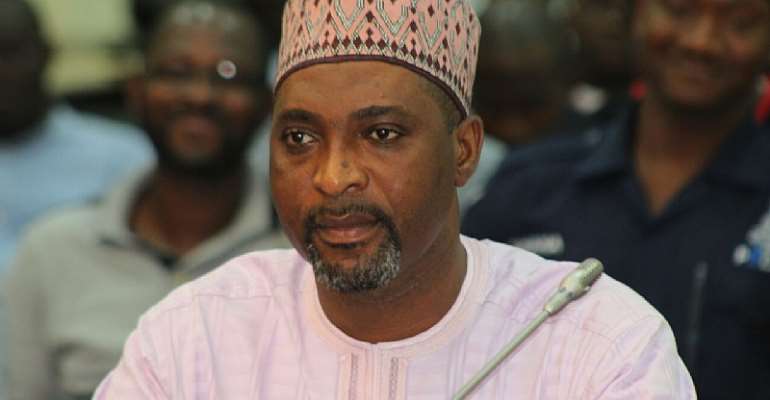 2. Mr. Mubarak Muntaka however made the allegation without a shred of proof. Upon inquiry by the hostess of the program, Mr. Muntaka said that his party was investigating the allegation and that the party would hold a press conference to explain same.

3. The Swift Institute for Public Policy Options is very concerned over this development, in that it has the potential of bringing into disrepute the reputations of the justices of the Supreme Court of Ghana. Mr. Muntaka did not provide any name to accompany his allegation, so that in the event he has tarred the entire membership of the Supreme Court with the unsightly brush.

4. We are concerned, again, due to the fact that radio is a very powerful medium for the dissemination of information. Radio was the principal means by which the Rwandan Genocide was instigated in 1994. We believe that the medium of radio should be responsibly employed, in order not to create chaos in our country.

5. We express this position against the constitutional backdrop of Article 21 (1)(a) of the 1992 Constitution which states that all persons shall have the right to freedom of speech and expression, which shall include freedom of the press and other media.

7. Indeed, before the year 2001, these statements coming from Mr. Muntaka would probably have landed him at a police station and a court of law under Chapter 7 of the Criminal Offences Act, 1960 (Act 29). Fortunately, this section was repealed by parliament by Section 1 of the Criminal Code (Repeal of Criminal Libel and Seditious Laws)(Amendment) Act, 2001, at the instigation of the then Attorney General, Nana Akufo-Addo.

8. However, in the absence of Chapter 7 of the Criminal Offences Act, the offering and receiving of a bribe is still a crime in Ghana, however, and in the case of a justice of the Supreme Court of Ghana, an impeachable offence.

9. Section 245 of the Criminal Offences Act, 1960 (Act 29), states; “Where, after a public officer, juror, or voter has done an act as an officer, a juror or voter, any other person secretly agrees or offers to give or to procure for that person or any other person a valuable consideration on account of that act, the person so agreeing or offering shall be presumed, until the contrary is shown, to have corrupted, before the doing of the act, that public officer, juror, or voter, in respect of that act.”

10. Evidence that a judge has committed any offence as defined under Section 245 of Act 29, can be a basis for his removal from the bench for stated misbehaviour.

11. Article 146. (1) of the 1992 Constitution states: “A Justice of the Superior Court or a Chairman of the Regional Tribunal shall not be removed from office except for stated misbehavior or incompetence or on ground of inability to perform the functions of his office arising from infirmity of body or mind.”

12. In the light of the preceding, the Swift Institute For Public Policy Options believes that it would be improper and unlawful for a purported bribe giver to remain on the Supreme Court, if the allegation by Mr. Muntaka is factual.

13. We are by this press statement calling on Mr. Muntaka Mubarak to immediately provide the following evidences to back up his claim;

(a) The name of the Member of Parliament who received the alleged call from the Justice of the Supreme Court.

(b) The Justice of the Supreme Court who allegedly called the Member of Parliament.

(c) The date and time of the alleged call.

(d) The exact nature of conversation that took place between the parties;

(e) Whether or not this call was recorded;

(f) A copy of such recording, if any, to be made available to the police or relevant authority

(g) Details of any relevant and corroborating evidence of the call such as phone records, and;

(h)Details of any reports to any authorities, whether police or parliamentary authorities made by the MP or a representative of the MP.

14. We believe that Mr. Muntaka should make these evidences available to the generality of the press, or even the producers of ‘The Probe’ program before the next date of the program, or in the converse, go before the same program to controvert his statements and apologize to the Justices of the Supreme Court and Ghanaians generally.

15. He would be acting honourable and in keeping with his office as a Member of Parliament, were he to provide the evidence, or, in the absence of same, to at least apologise.

16. In the meantime, we believe that the National Media Commission and the Ghana Journalists Association have a duty to remind editors of newspapers, radio and television editors and hosts that it is necessary that they prevent their clients and guests from using their platforms to disseminate uncorroborated information, particularly of a sensitive nature.

17. This is because in a highly politicized milieu like our society, the possibility of certain individuals seeking to misuse newspaper space and radio and television airtime to achieve mischief at the expense of the reputation of others, always remains very high.