The latest motherboards of 2020 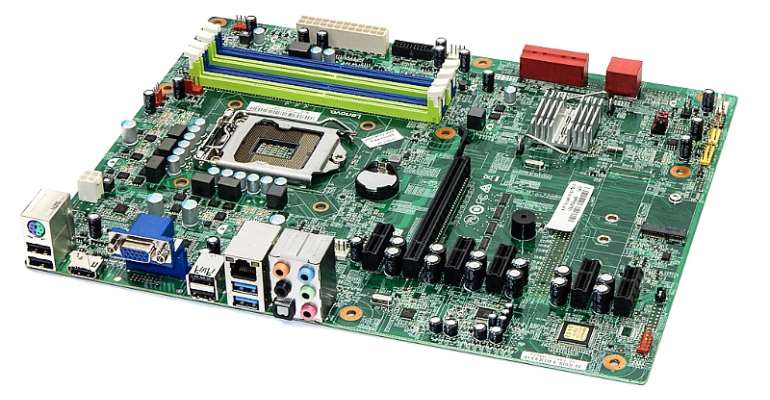 In today's modern age, technology has advanced to the height of conjoining the whole world in a palm of human—it has greatly evolved and, the process brings many new inventions to its name, one of them is the recent development that has climbed the ladder to the mast's atop inside the brain box of PC — motherboard.

The latest motherboards, according to Wikipedia and several other relatable search engines have agreed that they are the advanced computer hardware; unlike their predecessors, their primary circuit board of a personal computer containing the circuitry for the central processing unit including keyboard, mouse and monitor, together with slots for the devices.

On the other hand, the improvement that has taken place in motherboard serves as backbone that connects and communicates literally to all the fundamental components and peripherals of PC to carry out a unified advanced operation in a verified manner, without these, there would be no or less familiarity, good rapport and well organized and communication protocol between the devices and in this regard, it would be a waste of time for an operator to instruct a PC to perform a specific task and still be expecting a solid and more endearing positive outcome, absolutely, they'll provide less of analyst's expectations, if not any.

1. They serves as inner hubs where all the attributed activities have been distributed to the outer components to make the operations more easier for the software analysts and operators.

2. They enable the latest versions of PC to drive and upgrade their versions from either v0.1 to v1.1.1 and the likes, depending on the type of each model of motherboard you're dealing with.

3. They conducts and coordinates the affairs of all connection ports and slots in the PC, either USB or PS2 ports and the likes.

4. The sockets determine the physical packaging of the processors that can be installed on them.......to mention but few.

Without digressing further, having vividly look into the latest "best motherboards, 2020 version", like I addressed earlier, there's always a room for improvement as technology keeps advancing in every day and night bit by bit. According to the latest classifications of motherboard, these newest versions possess the features that make the work easier, accurate, neat and faster than ever before—their hierarchical order warrant and bring out the best out of them in their respective models, in MHZ, Gigabytes, Versions, CORES, INTEL, AMD builds, and frequency bandwidths.

For best motherboards of 2020, before choosing what will suit your personal taste, choice and the likes, one have to carefully study these features:

Before you embark on the journey to hunt for the best in motherboards; remember that it requires lotta careful consideration on the model build you desires, either INTEL or AMD build. Once you're settled between this and your best choice processor brand, then you choose which motherboard supports your particular chip set.

The kind of PC you're building will determine your form factor. It may be full-size tower, compact unit or something in-between. Amongst the sizes of motherboard form factors that we have are categorized in three forms:

Each of these category has its own strength and weakness as per the given size and prize.

The next thing to look at when looking for the details of the best and the suitable motherboard to choose is to dig deep into the ports' nook and cranny, to see the kind of ports and slots that are available on the motherboard you're considering. It is important to check for the ports and slots availability and their kinds. Check for the enough M.2 slots for the number of SSD drives it could occupy.

Without keeping you abreast, let's delve more into details of the latest motherboards, 2020 version, as per their functions, their hierarchical order in market value and their worths in models. According to the research on latest motherboards, there are lots of latest versions, but there are 9 best motherboards particularly, that performs a ridiculous operations; very fast, neat, efficient, accurate and worth relied on, and they goes thus:

This motherboard is ranked as the overall best motherboards of all. It is a motherboard that can push your processor to the working limits without breaking the bank. It matches the 10th generation Intel core processor. Among its feature is clean overall look, compared with its predecessor, yet, it has a feature of vast array in which the firms and organizations can rely on as their thermal reactive armor.

This is ranked as the second best of all. It is the best and great option for AMD processors. It supports second generation and RYZEN processors. It is purposely designed to help the PC user to make the most of the latest and greatest of 3RD GENERATION models. It uses core boost technology for the chip set. This motherboard comprises of four DIMM slots for DDR4 RAM of up to 4,400MHZ.

With the two switched chip sets this motherboard possesses doesn't mean it didn't match the best, No. Even the 6th and 7th generation Intel CPUs still have great performers when it comes to video production, gaming, and general computation features.

The ASUS ROG MAXIMUS IX is among the best for Z270 boards products and still holds and maintains its great feat till today. This board is good in cooling and controlling the air blown of the fan. It has eight 4-pin headers and a breakout header for a four-fan adapter.

This is ranked 4th best motherboards of 2020 with feature of Gigabyte Z390UD, with that of its dirt cheap, it still drives Intel's latest processors well.

This is best motherboards for cheap PC gaming rig build. It has a feature of MICRO-ATX board, which means it is between the FULL SIZED STANDARD- ATX BOARDS and the MINI-ITX.

one could absolutely build a truly insane PC for gaming or creative professional needs with an AMD Threadripper CPU onboard, but there's need of a motherboard built to handle that kind of intense power. The AsRock TRX40 Taichi is the perfect suit to that need. Not only can this motherboard help you get the most out of a pricey Threadripper, but it does so with more of a distinctive aesthetic edge than we usually see from motherboards.

The gear design pattern suggests at a glance that this is a very cool board, but that “coolness” applies to the actual experience of using the motherboard too. Despite all the power in play, the TRX40 Taichi keeps heat in check, thanks to its extra-large aluminum heatsink and fan. It’s also built for speed, thanks to the 2.5Gb/sec LAN port and Wi-Fi 6 support, plus it has a 20Gb/sec USB 3.2 Gen2x2 Type-C port onboard. Reviews point to this board getting a bit cramped under certain build configurations, however, so be aware of potential hitches there.

Other latest best motherboards of 2020 includes:

Note that all these newest motherboards—ranges from the best to the least are subjected to individual technical quality as they varies from both their work rates to outputs. Many analyst would think the being latest of all these motherboards should hold equal range in the mode of operations; partially yes, but yet, they must/should have at least one bit of hierarchical technicality order to be more elaborate for a user to choose one ahead of the other, else, it has been stated earlier that their mode of operations and the set of instructions the instructor or analyst is going to give will determine the one to choose.

Take for example, what is suitable for gaming can/might not work well when given the task/workload of a company's data base.

In conclusion, all the above named latest motherboards mean the choice of your motherboard can regulate your options when selecting which one suitable for your PC. It can control things such as what the type of processor you can use, how much RAM memory it can have and what features it can support. This is why it is very important to have a rough and skeptical idea of what you really want when selecting the right motherboard.