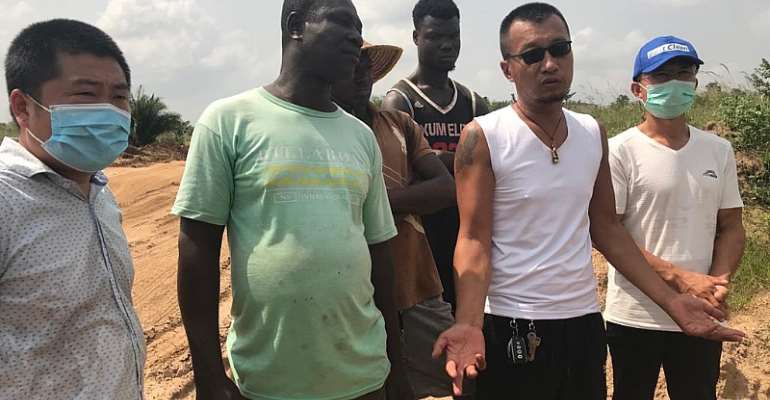 Impudent and brazen-faced rogues allegedly beat a Chinese investor Zhen Jing Yu whose land they encroached at Teacher Mante in the Eastern Region.

The suspected landguards pounced on the Chinese investor who was in the company of his three workers and allegedly slapped him severally, pointed a gun at him and used the butt of an AK47 rifle to hit his left ear causing damage to the eardrum. 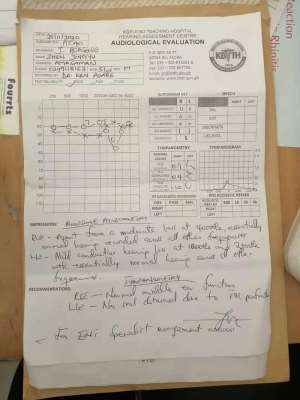 Zhen Jing Yu was allegedly dragged into his car by the landguards numbering about 20 and ordered him to leave.

The incident happened on November 18.

The victim, Zhen Jing Yu is a member of Brother Li, an investment consortium to establish a factory in line with government's One District One Factory project.

The investment consortium is made up of seven Chinese investors who have come together to establish ten different factories in Teacher Mante.

The 20million dollar factory project when completed will employ over 5,000 youth from Teacher Mante and surrounding communities. 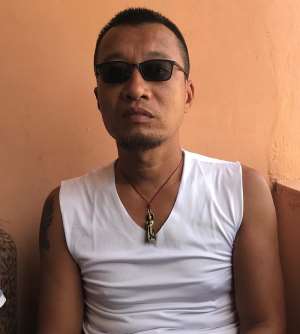 Each of the investors will run a separate factory on a 24 acreage of land they have acquired over a year to manufacture furniture, papers, car accessories and others.

Zhen Jing Yu told this reporter that on November 18 they woke up one day only to realise that an earth-moving machine was busily digging through their fenced lands to create access for heavy duty trucks that were winning sand from a nearby community without their consent.

According to him, he together with three of his workers who are indigenes of the area approached the encroachers to question them for undertaking such an operation without their consent. 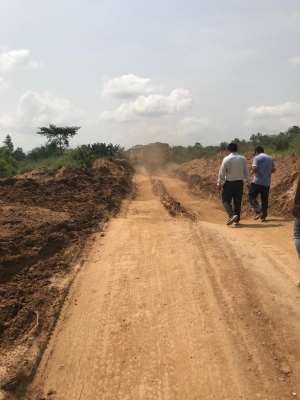 "My workers called me that some people were busy digging through our land with a grader. So I came and only ask them why they were creating a road through our land. They called their contractor who is their boss. He came in the company of other men who are landguards numbering over 20. So I asked them why they were doing that and that was all. They slapped me severally, pulled a pistol on me and one used the butt of an AK47 rifle to hit my left ear. They pulled me into my car and threatened me to leave my own land," Zhen Jing Yu narrated.

He indicated he lodged a complaint at the Teacher Mante police station which led to the arrest of two suspects.

"I reported the matter to the Teacher Mante police and a medical form was issued to me. With the help of my caretaker of the land who was also present at the time, two persons were arrested. But my left ear is destroyed. If you speak I won't hear through that side," he emphasised. 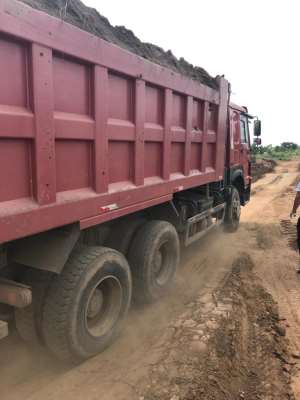 Confirming to this reporter, Kofi Akune, the caretaker of the lands indicated that the November 18 incident was the second attempt by the encroachers.

According to him, the encroachers attempted to create an access route six months ago but he managed to stop them.

He said after the failed attempt, the encroachers attempted same on others who also managed to resist them with the support of the youth in the area.

Mr Akune explained that the heavy duty tracks abandoned their original route in a neighbouring town where they were winning sand.

He intimated that in their attempt to find a shorter route at all cost decided to revisit their lands and this time around with brute force.

"So they came here the second time again with their machine to create a route for their heavy duty trucks to transport sand from a neighbouring community. So I called my boss and he came with some plenty landguards. My boss asked them why and the contractor got furious and then the beating started. The contractor insulted my boss whether he brought a land from China to Ghana. They really beat him but they didn't touch me and my other two guys. As you can see they have broken our pillars and a day more than 40 trucks pass here," he stressed. 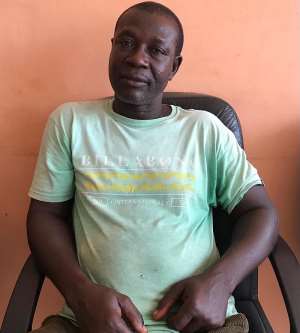 The Chief Executive Officer of Brother Li, Mr Jack Yan said ever since they reported the matter to the police nothing concrete has been done to stop the encroachers.

He added that, whiles they were waiting on the Police to act the encroachers were busy creating the access route.

According to him, some pillars that were used to demarcate the land were pulled down by the encroachers as they watch the trucks ply on their lands daily.

When contacted, Inspector Hope Nkporti, the Station Officer at the Teacher Mante Police station said the complainant Zhen Jing Yu reported the matter to them.

He added that the complainant together with his colleagues took the matter to the Property Fraud Unit at the Police CID headquarters.

He indicated that the complainant was referred back to Teacher Mante Police accompanied by some personnel from the Property Fraud Unit.

Inspector Hope Nkporti noted that the complainant's statement was taken and some arrests were made.

According to him, one CID Ali who operates under the District Commander is handling the case.

Nana Ayisi Kwayisi, Brantihene of Teacher Mante expressed shocks when the news team contacted him on the matter.

According to him, nothing of that sort has been reported to him.

He however indicated his resolve to address the issue whiles assuring the Chinese investors of their safety in the area. 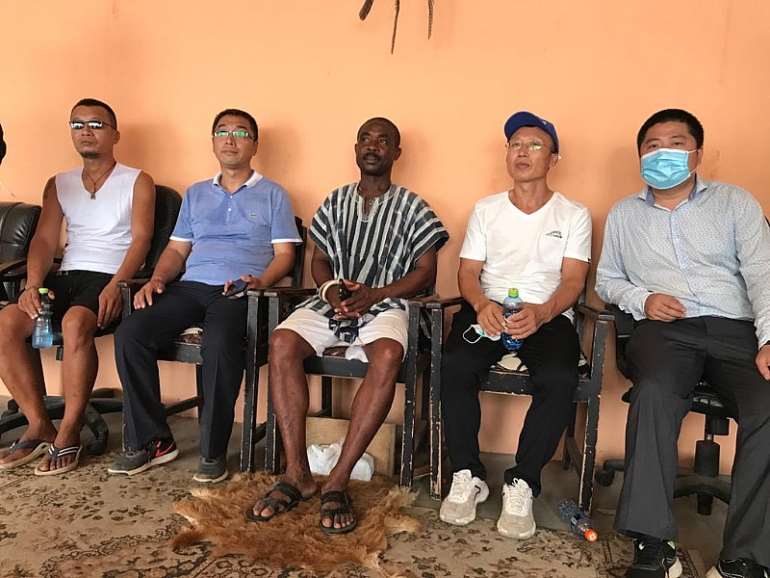 Nana Ayisi Kwayisi said he will convene an emergency meeting with his elders to find a lasting solution to the matter.

He added that the contractor would be summoned after the meeting with his elders and the District Police Commander.

He encourages the Chinese investors not to hesitate to report any challenges to him since they are willing to support any developmental project that will improve the lives of the people particularly the youth who will find jobs to do.