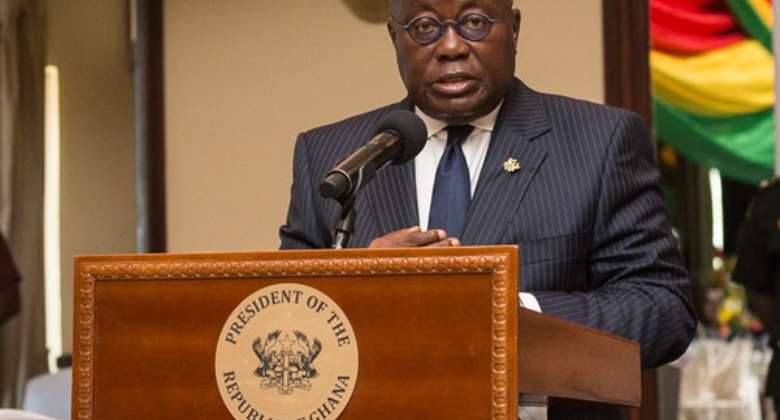 CONGRATULATIONS, BUT BE EXTRA VIGILANT ELSE……….

On behalf of my family and the people of Ghana, I congratulate you, the Vice President and all the NPP members of parliament elect. I also wish you another successful four-year term of office which I foreseeably predict it to be very rough, hectic with an abnormally difficult herculean task; I strongly believe that this predicted difficult situation would be cooked up intentionally by the camp of the almost equal in number minority side; therefore, prepare for a tough time ahead.

Your Excellency, let me personally unfold to you that, most Ghanaians evaluated your best and beneficial policies:

All these nice policies, coupled with your efficient and strategized national campaign made many Ghanaians to think that the December 7, 2020, presidential and parliamentary elections would be a “cool chop” for the NPP; however, the outcome of this elections is one of the worst in the political history of the NPP therefore, almost all the members of your party are morose, depressed and dejected, even though you have convincingly in transparency and fairness won.

Your Excellency, I could sense that almost every member of your party who has chronic high blood pressure developed severe and fatal headache during the short period which elapsed from 5 pm on Monday after the elections to Wednesday 6 pm before the Electoral Commissioner declared the results of the presidential elections. If you would be positively frank with yourself, you would accept it for sure, that short period was not easy for you as well.

The big question is: Why should your government that has performed marvellously well to the satisfaction of majority of Ghanaians encounter a massive vote loss in many constituencies nationwide including some of the NPP seats of members of parliaments?

Is it because things did not click well with the grassroots due to various decisions that emanated from the party’s top hierarchy? Even though they were alleged to have postulated quite nice scientific and political researches to back the reason why their favourite party members were more qualified to win their constituency parliamentary seats for the party, which of course did not materialize.

Could it also be true that the voice of those at the grassroots does not carry weight at the district, regional and national levels?

Please Your Excellency, before the party went for the primaries, I listened to radio discussions and Obiri Boahene Esq. who is the deputy general secretary of the NPP on one occasion sounded a note of warning to the party, that it would be disastrous for the party to impose any parliamentary candidate on the people; maybe, he has been proven to be quite right.

To mention just three examples, please look at what happened at Akwatia, Asawase and Formena. The manner in which the top hierarchy of the party dealt with the issues of the grassroots choice of parliamentary candidates at the primaries was not palatable at all to them and the party has dearly paid for that. Evidence proves that there were places where some party cohorts decided to visit locally powerful rivers to rain curses on some top hierarchy party officials for their favouritism and bias stance.

Now Mr President, have you seen that at times people prefer a ‘common’ hair-dresser to a highly learned lawyer? It was so painful that those at the top followed the shadow of a ghost and ended up visiting the cemetery, an irrelevant excursion. There is an adage that: “In critical situations and in some instances, a one-cedi note is more valuable than a two hundred cedis note.”

Mr. President, please it is not at all occasions that the choices made by the top party officials, through their perfect scientific and political methodology that would appear to be realistic in the minds of the grassroots who might be considered by the top as “riffraff”, so within the next four years of your administration, be cautious about what the top party officials suggest to you. NPP nearly became a minority in parliament with you as the President of Ghana or as a ruling party President. Even in your strongholds, things were not so sweet for the party.

It is true that the work of the members of parliament is mainly done in the parliament house, but the Ghanaian mentality evaluates the performance of the MP beyond that level.

Could it be true that some of your MPs lack administration dexterity? then they were those who let you down. How can the President get over 49,000 votes and the parliamentary candidate of that same constituency trail with a little above 29,000 votes? The party was fortunate in that constituency.

Your Excellency, if your office could dissect critically the reason why the party won some new seats in the north, you would find out that, the campaign and efforts of H.E. Dr Mahamadu Bawumiah played a major role. Yes, and he deserves much credit.

Some MPs had already tarnished their relationship with their electorates and thought that the good work of the President would bail them out. Now politicians should be aware that the political know-how and decision of the electorates have changed dramatically. Maybe for this term of your office, the Senior Minister should be tasked with the responsibility of equipping the MPs with how to be successful in their constituencies and I suggest if that education and coaching are accepted then it should begin as soon as practicable; that education should include among others: building good relationship with the people, polishing their means of communication, improving their frequencies of visitation to their constituencies, lobbying for good projects for their people, organizing regular durbars to sell their good ideas to them, etc. I am not sounding too childish, so please you should not wait till we get to the last six months of your administration or the period that is too close to the 2024 elections.

Mr President, please the party cannot afford to go to the opposition in 2024. Therefore, the party’s communicators and foot soldiers should begin to sell the party to Ghanaians now until we win the 2024 elections. The party’s national office can take care of that.

Your Excellency, if it is possible for the party to augment the number of people who vote at our primaries by involving all card bearing members in good standing, then set up that legal party machinery to begin that process.

Again, if it is convenient, then set up a strong working committee to begin putting in place the modalities to win back our lost parliamentary seats now.

Finally, within these last four years of your administration, make the ground very fertile for the party to retain power when you leave the system, else all the good policies that you have implemented, the pleasant improvement of the country’s economy, the respect that you have created for the nation at the international level and all other best national status which you may leave behind will definitely crumble down and Ghana will definitely by set anticlockwise.

Thank you, Your Excellency.