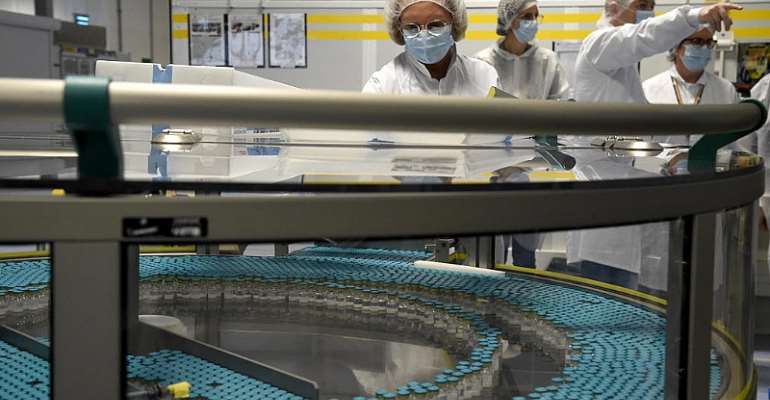 More than 50 percent of French people do not intend to get vaccinated against Covid-19 when the jab becomes available, according to several surveys, which show a reticence on the rise. It comes as France is set to roll out its nationwide vaccination campaign on 1 January.

One of the polls, conducted by Ifop for the weekly Journal du Dimanche on 28 November found that 59 percent of French people do not intend to get vaccinated against Covid-19 once it becomes available in the coming weeks and months.

After accusations of mishandling the beginning of the Covid crisis in terms of masks and mass testing, the French government is keen to convince the public that it has things under control, including a safe vaccine.

At a press conference on Thursday evening held by French Prime Minister Jean Castex to outline the national vaccination plan, he called for citizens to see vaccination as an "act of altruism."

At present three pharmaceutical companies have come up with viable candidates for vaccines. The French government says it has ordered enough for potentially 100 million people to be vaccinated in the long term.

However, at this stage, only preliminary results of the vaccines have been made public, and EU regulators have yet to approve of the products.

Among the detractors and opponents of President Emmanuel Macron's government keen to point this out is EU deputy for the far-right National Rally party, Gilbert Collard who mocked Alain Fischer, the professor of infectious diseases in charge of the government vaccination programme.

He compared him to "Professor Calculus", the Tintin cartoon character who conducts wild lab experiments.

"Terrifying: with mister Vaccine, the professor Calculus of the government, we are vaccinated against the vaccine! If, after hearing what he had to say, you still get vaccinated, then you really are very brave!" Collard tweeted on Friday.

This after Fischer said on Thursday that "at this stage, it is not known if the vaccine protects a person against infection nor if it prevents retransmission of the virus."

"The vaccine against fear is knowledge and understanding," he said.

"I promise that we will be completely transparent throughout the vaccination process, be it on the efficacy, the public reaction, the evolution of scientific recommendations, the logistics of the campaign and the side effects be they serious or benign."

The Ifop poll results showed that lower-income and blue collar workers were the most reticent (only 28 percent said they would get a vaccine), supporters of the far-right National Rally Party (RN), and the far-left France Unbowed party (only 27 and 26 percent support towards a vaccine).

Young people feature prominently against vaccination, with only 29 percent of people under 35 saying they would get vaccinated, 30 points lower than those over 65.

In a separate poll, conducted by Ifop for CNews and Sud Radio, released on Thursday, 61 percent said they did not have any intention to get the jab.

A third poll released on Friday by Santé Publique France – the national public health authority revealed similar results from their November survey, with only 53 percent certain or most likely certain to get vaccinated. This compares to 64 percent back in July.

People over 65 were 72 percent in favour of inoculation, compared to 33 percent of those aged 25-34.

In the reasons given in July for not getting the vaccination:

Despite this, earlier this year, thousands of French people signed up as volunteers to test the new vaccines as part of the obligatory clinical trial phase.

A Gallup survey of 140,000 people in 44 countries showed the French to be the most vaccine-sceptical in the world, with one in three saying they did not believe vaccines to be safe.

There is also an increase in information available on the internet, often linked to one of the many numerous conspiracy theories, as seen in the recent French documentary Hold-up.

The Yellow Vest protest movement that erupted in opposition to fuel taxes in late 2018 amplified conspiracy theories about the government being beholden to drug companies, with the increase in the number of compulsory jabs for children from three to 11 in 2018.

President Emmanuel Macron has insisted getting vaccinated is not obligatory, instead highly recommended for certain members of the public, and employees in certain sectors. He says "transparency" and "conviction" are the best ways to bring the public around.