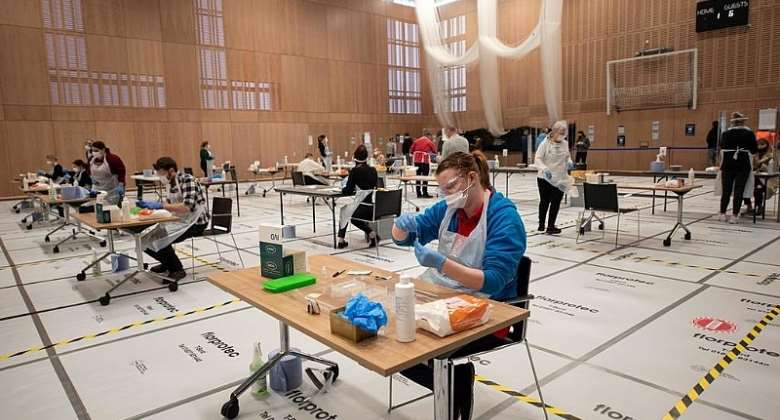 Britain's independent medicines regulator said on Wednesday no "corners have been cut" in its recommendation to approve Pfizer-BioNTech's Covid-19 vaccine for general use.

The Medicines and Healthcare products Regulatory Agency (MHRA) said it had used overlapping trials and "rolling reviews" since June to reach the determination in record time.

"That doesn't mean any corners have been cut -- none at all," June Raine, its chief executive, said at a press conference. "The safety of the public will always come first."

A first for Britain?
Wednesday's announcement saw Britain become the first Western country to approve a Covid-19 vaccine for general use, with jabs set to begin for the most vulnerable from next week.

The Pfizer-BioNTech vaccine is one of several expected to gain regulatory approval in the coming weeks as similar reviews are completed.

Raine said the MHRA's "rigorous assessments" of the jab began in June after interim results from early trials by US giant Pfizer and German newcomer BioNTech became available.

"If you climb a mountain, you prepare and prepare," she added.

"On 10th November we were at base camp. When we got the final analysis we were ready for that last sprint that takes us to today."

That will be ramped up to "millions" of jabs by the end of the year.

Elsewhere, business secretary Alok Sharma noted that Britain was the first country to sign a deal with Pfizer/BioNTech, and "now we will be the first to deploy their vaccine".

"In years to come, we will remember this moment as the day the UK led humanity's charge against this disease," he said on Twitter.

That prompted a critical retweet from Germany's ambassador in London, Andreas Michaelis.

"Why is it so difficult to recognise this important step forward as a great international effort and success. I really don't think this is a national story," the envoy said.

"In spite of the German company BioNTech having made a crucial contribution, this is European and transatlantic."

Speeding motorbike runs over pedestrian at Nungua
17 minutes ago

A/R: One robber shot dead, two others arrested
25 minutes ago