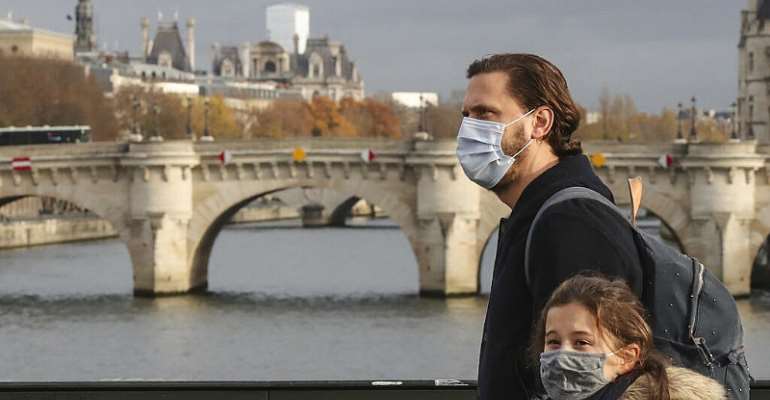 In a press release, the Santé Publique health agency said infection levels were falling "more markedly" since curfew and lockdown restrictions were imposed in October.

The latest figures show 436 deaths recorded in the 24 hours to Friday, bringing the overall number of fatalities in France to 47,134.

Meanwhile Jean-François Delfraissy, the president of the Scientific Council that advises the government on its coronavirus response, was cautiously optimistic in an interview with French daily Le Monde.

"A series of elements suggest that we are at the peak, or at least not far away, in certain regions,” he said. “Nevertheless, it is still a little early to be able to fully assert it.”

Delfraissy predicted that the goal set by President Emmanuel Macron of reducing the number of new daily infections to 5,000 would not be reached until after Christmas – perhaps even in early January.

Lockdown continues
Despite a drop in the number of new infections, news on when France might emerge from its second nationwide lockdown was still not forthcoming.

"We're not there yet," government spokesman Gabriel Attal told France Info radio, adding the tentative date of 1 December was far from certain.

"For the past two weeks we've had a gradual decrease in the pace of the epidemic … but it remains at a high level,” Attal said.

While French people are now able buy their Christmas trees, it is still unclear if families will be allowed to travel around the country for end-of-year festivities.