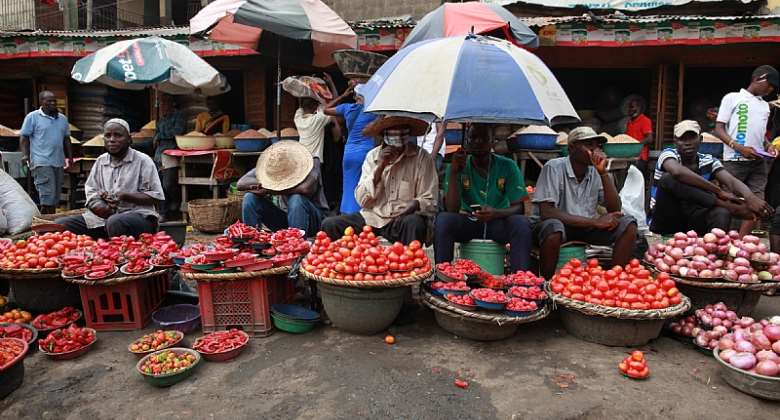 The outbreak of the COVID-19 pandemic has underscored the necessity to rethink the existing economic model informed by capitalist logics of exploitation and profit-making. In many instances, the desire for profit trumps consideration for welfare and the environment.

In many African countries, exploitation of minerals without beneficiation, or value addition, has contributed to mass poverty . This compromises people's health and ability to cope with the outbreak of a pandemic of the magnitude of COVID-19.

What emerged poignantly from coping with COVID-19 is the urgent need to think about the welfare of the many, rather than profits and consumerism. An economy of welfare considers the workers, women and other vulnerable groups in the society.

Capitalism, which extols profit maximisation, needs to make way for social capitalism. This would give living wages for workers and care for the environment are given higher priority. Failure to rethink the current model will accentuate poverty and inequality. This, in turn, will make people more vulnerable to global shocks that may result from future pandemics.

More than any region of the world, Africa remains the epicentre of poverty . This, while corporations exploit its resources and political elites misappropriate its wealth. The COVID-19 pandemic has made urgent the need to move away from the economy of exploitation to one of welfare, which puts people first.

The continued entrapment of African countries in the global circuit of capital and its proclivity to large scale accumulation imperils the ability of many to cope with the pandemic. This reality prompted research that culminated in the Palgrave Handbook of African Political Economy edited by Samuel Ojo Oloruntoba and Toyin Falola.

The handbook illuminates a lively debate on how the past feeds into the present, shaping the political economy of African countries. And it looks at how they could be changed in a way that also values lives, not just profits.

The various chapters cover different aspects of African political economy – in the past and in the present. Conclusions are not the same. But a central argument is the need for structural transformation of economies through value addition to natural resources such as minerals and metals, oil and gas. They also highlight the importance of self-reliance, regional integration and a more nuanced state involvement.

This should go beyond creating the enabling environment for productive enterprises. It should also ensure distribution in ways that foster inclusive development.

The project enabled a new generation of scholars to revisit the historical ideas of a range of writers. These included Frantz Fanon , Samir Amin , Walter Rodney , Kwame Nkrumah , Thandika Mkandawire , Claude Ake , Bade Onimode and Amilcar Cabral . The scholars explain the problematic way in which Africa was brought into the global circuit of power and capitalist economy. These were combined with the thoughts of a younger generation of scholars.

the kidnapping and commodification of black African people through enslavement,

the plantation economies where black labour was exploited,

colonies where African people were reduced to providers of cheap labour, and

the present neo-colonial moment where Africans are suffering due to debt slavery initiated by the present global financial empire supported by the IMF and other financial institutions.

The COVID-19 pandemic hit an Africa that was already structurally fragile and vulnerable. This, due to its invidious position within the global capitalist economy. Lockdown measures had a harsh impact due to the informal nature of the continent's economies.

Some states rolled out massive stimulus packages to the private sector to revamp their economies hit by the lockdowns .

Nevertheless, the IMF forecasts that Africa's economy will shrink by -3.2% in 2020. Growth is now expected to collapse in many countries, especially those dependent on tourism and resources, such as oil and mineral exports. Growth in more diversified non-resourced based economies is expected to come to a “near standstill” .

What is to be done?

COVID-19 has laid bare the inherent contradictions in the political economy of Africa. Lack of a universal basic income in most countries worsened household incomes and welfare. As Akinola Adeoye argues in his chapter in the handbook, the market-oriented reforms imposed on Africa by the Bretton Woods institutions from the 1980s weakened the capacity of its states to reallocate resources.

For his part, Oloruntoba emphasises the external and extractive nature of economies. This has led to loss of revenues in the form of illicit financial flows from the continent, impinging on the capacity of states to mobilise resources.

The management of African economies post-Covid-19 must go beyond sporadic interventions and stimulus packages such as those seen during the pandemic.

It must engage with what Mariana Mazzucato calls market shaping. This means the state becomes active in governing both the supply side of the economy (investments) and the demand side (government as purchaser) so that citizens benefit .

In other words, the state should go beyond fixing market failures to shaping market motives and behaviours.

The synergy that the state formed with the private sector during the pandemic should be sustained in ways that can lead to massive investment in innovation, job-creating infrastructure and social sectors like education and health.

African political elites must also be held accountable by both civil society and the private sector to minimise rent-seeking. This will ensure that resources are judiciously used to bridge the gap between the rich and the poor.