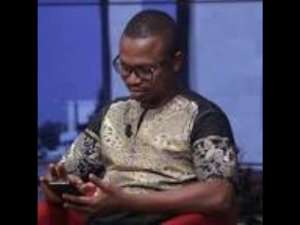 The report from the Office of the Special Prosecutor (OSP) vindicates the NDC's previous assertion that the Agyapa Royalties deal was a calculated attempt intended to strip off billions of cedis from state coffers. This stinking deal was fueled as a result of the family and friends cronies who thought Ghana belongs to their family hence, they can do whatever they like.

For purposes of clarity I will like to list some of the corrupt practices that was unveiled according to the Special Prosecutors investigation report.

Firstly, Data Bank which belongs to Ken Ofori Atta was described at page 11 of the report as surreptitiously brought on board as a decoy with Imara Corporate Finance Limited. This means Data bank only find it way as the transaction advisor to the deal on the bases that the owner of the Bank who doubled as the finance Minister and a Cousin to President Akuffo Addo. The report further opined that the opaqueness associated with the selection of the Bank can only be said to been lowering the risk of corruption. As it stands now millions of cedis had been paid to Data Bank but the president never directed for the retrieval of those monies. The SP described the operations of the transaction advisors as null, void and confers no right.

Secondly, the report at page 11 discloses reasonable suspicion of bid rigging and corruption activity including the potential illicit of financial flow and money laundering in arrangement of how the fees are paid to Data Bank. One can clearly see that anything about this scandalous deal was made in the interest of the people involved, and not in the best interest of the country.

Also, it was stated at page 40 of the report that different investment agreement was submitted to the president and Parliament. The documents submitted to Parliament and referred to the committee on finance contained several omissions which can best be described as a deliberate attempt to conceal part of the agreement from Parliament, to achieve their corrupt ambition. The report further described this as an avenue to engender a low risk incentive for the promotion of corruption.

It was stated at page 46 that Parliament didn't get the ample time to peruse the agreement so as to make a reasoned judgement that will bring finality to terms of the agreement. They knew what they were after so anything that will comprise the successful implementation of the deal should be sidelined.

Page 47 of the report stipulate that Ghana stands the chance of loosing its sovereignty over Agyapa Royalties Limited incorporated in Jersey, UK, when it is listed on the London Stock exchange. Everything about this deal is shambolic with perpetrators being wicked and corruption soaked. It is a known fact that out of the $2 million Gabby Otchere Darko charged as legal fees, an initial amount of $100,000 has been paid. President Akuffo Addo should do the needful by retrieving these huge sums of money from his Nephew since the contract is recognized as void ab initio and confers no right or whatsoever.

I will like to use this opportunity to inform Yaw Buaben Asamoah and Kwaku Baako to come forward and tell Ghanaians where they had their facts from when they defended this deal with all their hearts, despite strong criticism from the NDC and reputable CSO's.

Does this means the president was misled? Absolutely no, he is the chief orchestrator of this whole deal. This is not the Akuffo Addo we were told to have zero tolerance to corruption. He will deliberately sent his boys to trigger the action and when something happens he pretend as if he knows nothing. He has redirected the Finance Minister to send the deal to Parliament for possible amendment instead of telling Ghanaians how monies paid to his family members are going to be retrieved. The corruption competition he has organised among his appointees is sickening, let Ghanaians not temper Justice with mercy by mistakenly voting for him on December 7 to gift all our resources to his family members. Say No To Nepotism, Ghanaians deserve better.

More from Opinion
ModernGhana Links
Will Free SHS and other Policy of Government be Cancelled Now That We Are Going to The IMF?
Are the current happenings in Ghana a suggestion that the NDC has won the 2024 elections in advance and NPP should forget about it?
Dishonesty: A new core subject in many Ghanaian schools
TOP STORIES