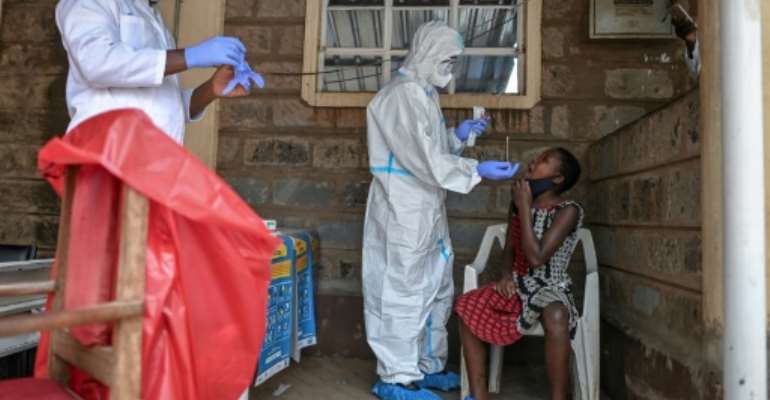 Kenyan President Uhuru Kenyatta on Wednesday announced that a night-time curfew would be extended until January 3 and political rallies barred for 60 days to help brake a rebound in coronavirus infections.

"We have experienced a reversal," Kenyatta said in a nationwide address after speaking to leading figures in the fighting against Covid-19, including regional governors.

A nationwide curfew would be enforced between 10:00 pm and 4:00 am, Kenyatta said, while a ban on political gatherings was "to take effect immediately".

The tally of new infections, which had fallen in September rebounded in October, Kenyatta said.

Of these, around 300 cases during the month were fatal -- nearly a third of the accumulated death toll.

Curfew restrictions were implemented in late March but were eased on September 28, starting at 11:00 pm instead of 9:00 pm, as the pandemic seemed to slow.

Since then, the situation has worsened, Kenyatta said.

"(Bed) occupancy has now gone up by more than 140 percent during the 38 days of easing Covid measures," he said.

The number of positive tests has also nearly quadrupled during this time.

Turning to the sensitive issue of school closure, Kenyatta said that children already enrolled in the few classes that had resumed could continue to study, but all others would remain closed until January.

The ban on political meetings comes on the heels of rallies that have been blamed for fuelling the virus rebound -- staged notably by Kenyatta, his vice president, William Ruto, and former opposition leader Raila Odinga.

"The political class has continued to be the super spreaders of this virus," Wycliffe Oparanya, governor of the western county of Kakamega and head of Kenya's council of governors, said Wednesday.

During the first six months of the pandemic, the virus was most prevalent in Kenya's two biggest cities, Nairobi and Mombasa, but has since spread out into other parts of the country.

The global outbreak has badly hit Kenya's economy, which is highly dependent on agricultural commodities, flowers and tourism.

In the second quarter of 2020, gross domestic product shrank by 5.7 percent compared to growth of 5.3 percent in the same period last year, and at least 1.7 million people lost their jobs, according to official figures.