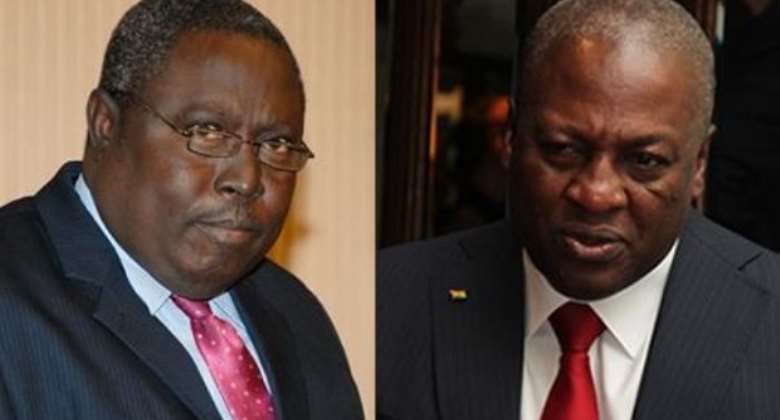 His outburst follows a report by Martin Amidu which indicts him as Government Official 1 in the Airbus scandal.

Speaking to students at the University of Ghana on Tuesday, November 3, 2020, as part of his campaign tour of the Greater Accra Region, Mr Mahama called Mr Amidu “a coward” who indicted him out of fear and without sound legal basis.

He continued, “But in the Agyapa report, you know that it’s going to be damning of this Government, you go and put one paragraph there about Airbus. Nobody ask you about Airbus. If you were man enough, present Agyapa, and do a report on Airbus separate and then I will come as a man and answer you on Airbus. If you think I am indicted on Airbus, accuse me directly. But because he is a coward and he knew they were going to discuss Agyapa, so put a paragraph on Airbus to equalize the discussion. I mean, what stupidity is this,” he added.

The former President added, “You are investigating Agyapa, present a report on Agyapa.”

He said Mr Amidu was afraid to focus solely on the Agyapa gold royalty deal because he had indicted the Finance Minister, Ken Ofori-Attta, saying “I thought he (Amidu) was man enough.