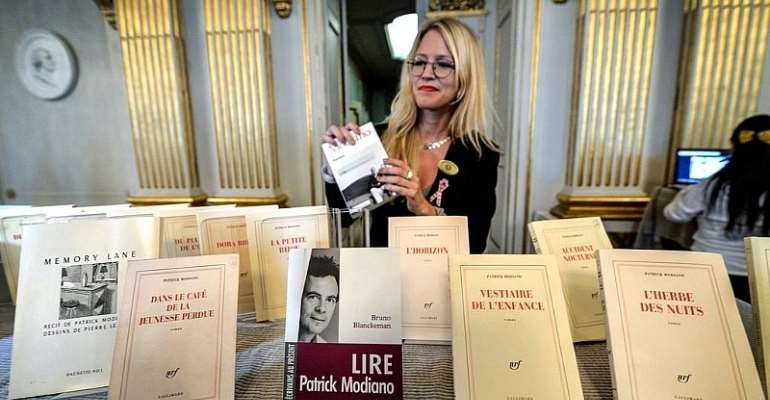 Some of France's most well-known writers and musicians have come forward to defend the right for small shops selling cultural items to remain open during the second Covid-19 lockdown, insisting that educating oneself is an essential need, especially in times of crisis.

Since Friday, independent bookstores and music shops have been shuttered as part of the second lockdown to curb the spread of Covid-19, as per the decision announced by President Emmanuel Macron on Wednesday last week.

Petitions, open letters, cartoons and messages on social media have since emerged across the spectrum of music and literature, as authors and singers make their voices heard - and they are not happy.

Considered “non-essential” they are required to close for four weeks, until 1 December, a decision which has been disputed by business owners and mayors of small towns who say the economic impact, especially before Christmas will be disastrous.

Many independent business owners complained that it was unfair that certain shops could stay open, and not others, unlike the first lockdown. The government argues that health must come first, especially seeing as the infection rate in France, as well as the number of hospitalisations have skyrocketed.

Click and collect not enough
Independent bookstores, supported by national publishers' unions launched a petition last week, complaining that the suggested “click and collect” solution (ordering online and picking up in the shop) is not sufficient to save their business.

“During the first lockdown, this represented only 10 to 15 percent of our sales,” Michaël Jay, director of the Lacoste library in Mont de Marsan told AFP.

On top of the petition, authors and comic book artists have joined the fray in support of local shops, calling books “items of necessity.”

Culture, a bastion against ignorance and intolerance

On Friday, an open letter was addressed to Macron, was published in Le Monde daily newspaper, signed by 250 people in the books and general culture sector, among them Nobel-prize winner Patrick Modiano.

“A book store is a safe place…closing them all down doesn't make sense,” the collective wrote.

“Books are an efficient way to fight ignorance and intolerance.”

Riad Sattouf, author of the popular comic series for young readers Les Cahiers d'Esther (Esther's diaries) and L'Arabe du Futur (the Arab of the Future) put forward a drawing on Instagram to express his frustration.

“Raise your hand if you want book shops to stay open,” says the young girl in the picture.

Philippe Claudel, one of the signatories, and a member of the Goncourt Academy, called on booksellers to “disobey” government measures. He also said he would donate the author's rights from his latest book to independent bookstores.

The writer Maxime Chattam said he thought it was "strange" that stores selling alcohol were allowed to remain open during the lockdown, but not book stores.

“Alcohol rather than reading. That's a heavy symbol,” he wrote on Twitter.

Culture is 'essential'
Meanwhile, musicians and music lovers are also angry that cultural sections of large supermarkets will be forced to close for the four-week lockdown.

Amid claims of unfair treatment in favour of large supermarkets, the French prime minister Jean Castex on Sunday announced that all supermarkets would have to close their culture products departments temporarily as of Wednesday. But this did not illicit a joyous response either.

Dozens of celebrities and members of the public have since signed a petition in support of the national union of phonographic publishers (SNEP), which had reached 1,600 signatures by Monday evening.

“The sale of books and music in small stores or supermarkets represents no more of a risk for an infection than going to a local butcher or a delicatessen,” they argue, especially when "they are applying health restrictions and social distancing."

“More than ever, cultural products are essential,” the Snep said.

On top of that, they point out that according to their 2019 figures, 37 percent of sales come from physical products such as CDs and vinyl records in France, thanks to some 4,000 specialised shops, representing a non negliable contribution to the economy.