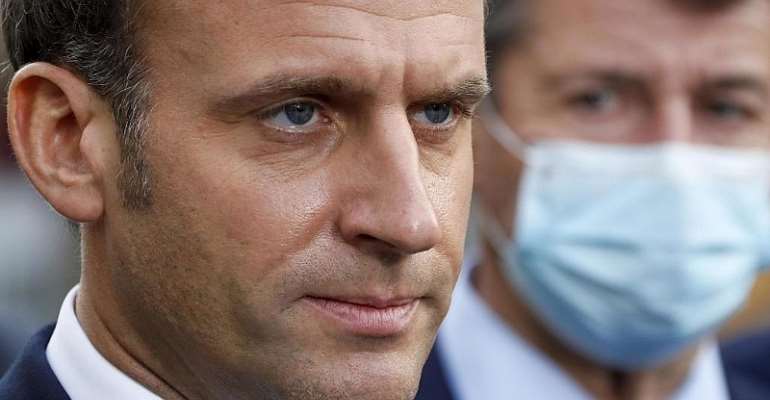 Police have said the man suspected of killing three people in a knife attack at a Catholic church in the Mediterranean city of Nice on Thursday is a  21-year-old Tunisian who arrived in France earlier this month after coming to Europe on a migrant boat via the Italian island of Lampedusa.

The suspected knifeman called himself "Brahim" when he was arrested and later claimed to be Brahim Aouissaoui. He arrived in France on 9 October, having crossed the Mediterranean to Lampedusa in September.

Shot at least six times by police officers, the suspect is currently being treatedat Nice's Pasteur Hospital. His condition is described as extremely serious.

France's anti-terror prosecutor Jean-Francois Ricard said the attacker, identified as Brahim Aouissaoui, had a copy of the Koran, two phones and three knives when he entered the church in the centre of the Mediterranean city at around 8:30 am.

He slit the throats of a 60-year-old woman and a 55-year-old man who worked at the church, and stabbed a 44-year-old woman who managed to flee but later died of her wounds.

The victims were "people targeted for the sole reason that they were present in this church at that moment," Ricard said at a press conference late on Thursday.

President Emmanuel Macron called it an "Islamist terrorist attack," and the government has placed its terror alert at maximum ahead of the Catholic holiday of All Saints Day on Sunday.

Macron is holding an emergency meeting over the attack with top ministers Friday.

'There will be other despicable acts'

French Interior Minister, Gerald Darmanin, on Friday warned that further terrorist attacks on French soil are to be feared.

"We are at war against an enemy who is both internal and external. We have to understand that, tragically, there have already been and there will be, other events similar to these absolutely despicable attacks.

"We are at war against islamist ideology," the minister explained in a radio interview, adding "France is a huge global target."