Sperm To Dust: Life As Is Vrs As We Want It To Be 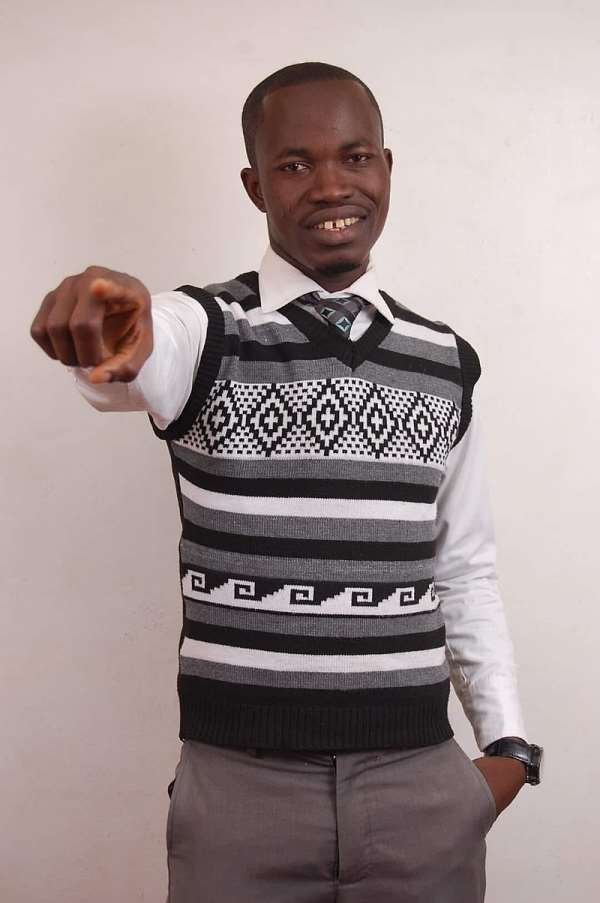 A journey though a mind in wander, the mind of Kofi Kyei

I was in JHS one, a 14-year young teenager who had lost his dad, the only surviving parent 5 months prior.

The month was October, the year 1998. Despite experiencing the death of both parents prior to this day, I had little idea about the fragility of man and the complexity of life. The experience of this day though changed my view of life for good, it made me appreciate the expression "man is nothing" beyond the letter.

In front of our house at Tabora No. 6 stood a mango tree that nourished not less than 10 households around the vicinity seasonally. As kids, we climbed it for fun and even sat on a board placed on it to provide a place for the older guys to steal a nap. We took advantage once a while.

On this particular day, we were playing under the tree, I climbed and laid on the board. I didn't sleep nor even take a step towards a nap, I just rested on it while in conversation with my friends. We were in the Afternoon shift so had the morning to ourselves.

The next thing I'd see was people gathered around me on the ground, I was drowned in water. 10 minutes ago I was on the tree, about 6 ft higher than everyone, the next moment they were trying to prevent me from ending up 6ft from the ground.

I have always walked with this cautiousness, when I see people fighting, I don't go near it, I know a slap is enough to end a life. Life though gives us enough clue that for the most part, though being conscious and taking care counts, a lot happens without our permission. Imagine a car veering off the road and killing people at the bus stop.

Sometimes I ask myself if being here is even worth it, what if we were never born at all and there is nothing like heaven to aim for nor hell to try avoiding. We'd have lost nothing if we never existed

Sometimes I question the thinking that went into creation, sometimes I tell myself the Creator exercised an error in judgment.

Why should a mother bring forth a child and die at birth? Why should a father die leaving behind innocent children whose daily sustenance depended on him? What's the point of all this?

Why should it take such a complex process for man to come here and so easy to leave.

What shows that in the larger scheme of things pain is really painful? What shows that what we think hurts really hurts standing in the place of the creator?

What we call pain could be the result of our limitation, a limitation probably made so to sustain the infinite gap between the Creator and the created?

He who creates has sovereignty over his creation and isn't answerable in anyway for making it the way He did it. However, it doesn't stop us from asking questions, in fact, He doesn't stop us. These questions however should bring as to the place of complete appreciation of how limited we are and why we probably lack the capacity to handle the complete truth of how right he was and ever is.

It doesn't prevent our minds from roaming at all because the mind was made that way, to seek, seek and seek. What such queries leads us to do is what matters. It humbles some and leads some to rebellion and complete rejection of even the existence of the creator.

Heat on clay hardens it, same heat on ice block melts it. When you find yourself contending with a stronger power than you can contradict, yielding is the wise path.

All we can ask for is an existence that befits the beauty of birth, the beautifully woven intricate processes that leads to our arrival deserves a better closure than humans are mostly served. We all deserved to die in our old age, surrounded by our grandchildren waiting till our clock stops ticking like we see in movies.

Movies though represent many things including fantasies, life only serves reality.

How a sperm can turn an egg into a complete human full of bones is something the human mind cannot comprehend however hard the human mind tries to decipher it.

Same goes to the goal behind our creation. The kind of gratification the Creator gets from it is something we cannot understand.

Fortunately or unfortunately, we are here and have to make it count.

Even though this world seems woven together with perfection, it appears that that the specie purportedly made to be it's most prominent beneficiary is strangely one of it's major victims.

I'm at a funeral of a 56 year old man who woke up healthy on a Sunday morning, slipped and died just 3 hours after, chief of the mourners is his over 80 year old dad who has been sick for months. Two months ago his now dead son was his caregiver, today, he is the chief mourner at his funeral. He can barely t should have been me instead.

Our world though works differently, there is a 90 year old who is healthier than a 20 year somewhere.

It is crazy but we can only soldier on and hope for an exit that leaves behind fewer victims, an exist that doesn't destroy the future of another, an exist that makes our coming here worth it.

If you understand life, you will appreciate why it is silly to dwell in hate, to want all for you and none for the other.

Today you are here, tomorrow you leave as if you never counted, everything that mattered loses its relevance. Many people don't get this hence the needless bickering, backbiting, and hate.

Dust to dust, ashes to ashes despite no dust seen when the sperm travels to fertilise the egg should tell us that 1+1 isn't always equal to 2 in our world.

We can only hope to find our way out of the mazes, end up at the right exit point, sigh and say: A LIFE WELL LIVED.