Lessons From the End SARS Movement 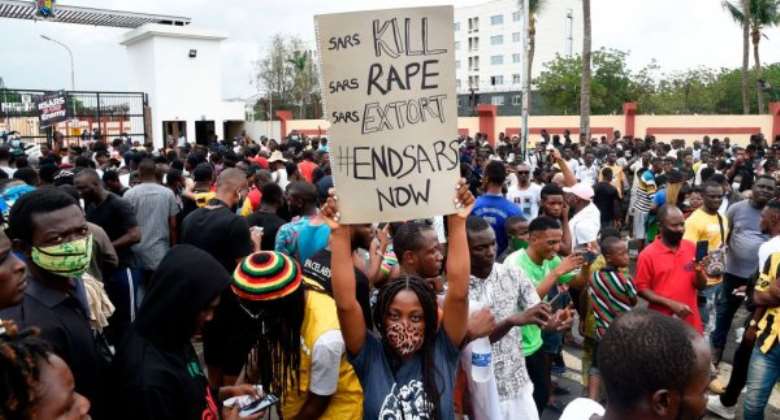 Since the EndSARS movement started in Nigeria, I have made some very exciting observations.

Around 2010-2011 when I became so attached to the Pan-African movement and eventually became a devout atheist, I was in the trenches with a few others, many of them youth from Nigeria.

Our discussions moved from the Black Panther Movement in North America to the Haitian revolution. We touched on Steve Biko, Patrice Lumumba and the effort of Winnie Mandela. We agreed that Nelson Mandela betrayed the ultimate South Africa and didn't forgive his dear wife as he did P.W Botha and his Boers.

We loved Muamar Gaddafi, and during his overthrow in Lybia we were almost always on BBC, Aljazeera and on the pages of these major news portals countering propaganda news.

One of our major pages was the Reunion of the Black Family worldwide. The Administration of the page changed regularly. As the most committed to the Black unity course got admitted into the administrators "Hall of Fame". I earned that for a while and it was a very good feeling.

Recently, I have taken a back seat in regards to the kind of African unity that the so called OAU now AU sort to achieve for us. I now believe in the formation of new African States along Ethnic lines and a more formidable union in the future based on voluntary mergers. I have surrendered the holistic support I had for Nkrumah and admit that Gen Kotoka was indeed a national hero in his time. He just didn't live long to perform his own magic.

The interesting part of this writeup is this, many of my Nigerian comrades with whom I was shouting African Unity are now clamouring for Nigeria to break apart just as I am. The ones for Biafra are on the same page with those from Yoruba who do not want to be with the Fulani's anymore. Their agitation is not based on any form of hatred, but with time, they have just come to admit that the common Nigeria cannot just breathe in such Union. Even those who work hard, own businesses, have a decent home with a beautiful garage cannot breathe, simply because they have no political power or connections.

From my back seat, I have observed that nothing has really changed in our movement. We are still the same people(Pan-African Youth Activists), except that gradually we have began to realize that the path to African unity should not be through the same paths that the colonialist created for us but through our own original paths that we seem to have abandoned many decades ago.