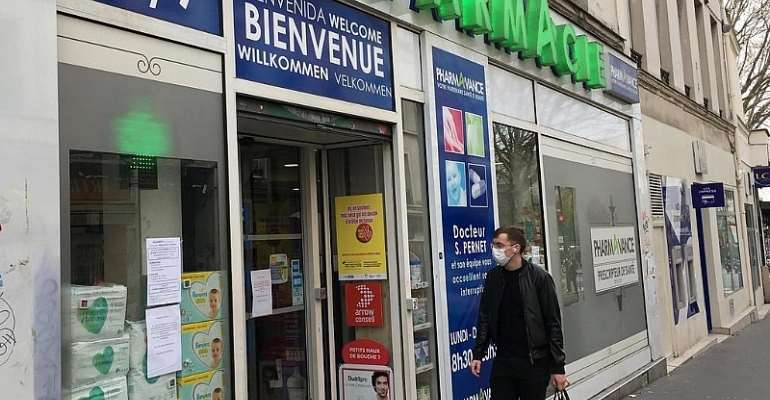 Nearly a third of France's pharmacies have run out of stocks of the flu vaccine a week into an annual campaign. The Covid-19 epidemic has driven up demand for the jab, leaving some professionals concerned about a generalised shortage.

More than 5 million doses of the flu vaccine have been delivered since France's annual campaign began last Tuesday, representing nearly half of the entire previous season.

Demand has been so high that about 30 percent of France's 21,500 pharmacies have already run out, according to French ratio RTL.

“To be precise, 5.1 million French people have received the vaccine,” Philippe Besset, president of pharmacists' union FSPF, told French website Cnews. “Usually, it takes a month for an equivalent number of doses to go.”

Demand was highest the first day of the campaign, which alone saw 2.2 million doses delivered, followed by 1.5 million the next day.

“In just four days we sold what we usually sell in a typical three-month campaign,” MP Agnès Firmin Le Bodo, a pharmacist by profession, told the Journal du Dimanche newspaper.

Pharmacists spoke favourably of the trend, saying demand has been highest among the populations targeted by the annual campaign, including people over 65, with chronic health conditions, pregnant and nursing women as well as health care professionals.

“With Covid-19, the anti-vaxxers have become silent,” Besset told the Journal du Dimanche. “If at the end of the campaign we have vaccinated 13 million people, it will mark a success.”

However, there is concern that not enough doses will be available to all who want them, including among the targeted groups.

Eleven million vaccines were distributed over the three months of the previous campaign between October 2019 and January 2020.

Since orders for the following year are placed near the end of the flu season and based on that year's demand, production was already scheduled well before the first wave of the Covid-19 epidemic in March.

Laboratories including Sanofi Pasteur or Mylan manufacture vaccines in spring, though pharmacists say the labs could have done more to boost production.

In all, 15 million doses have been ordered for this season. Laboratories will deliver a new round of doses to pharmacies from late October, but about 2 million will be reserved by the state.

If demand meets shortages, France would have to import any supplementary doses, which would pose a challenge as other countries would likely be in the same situation.