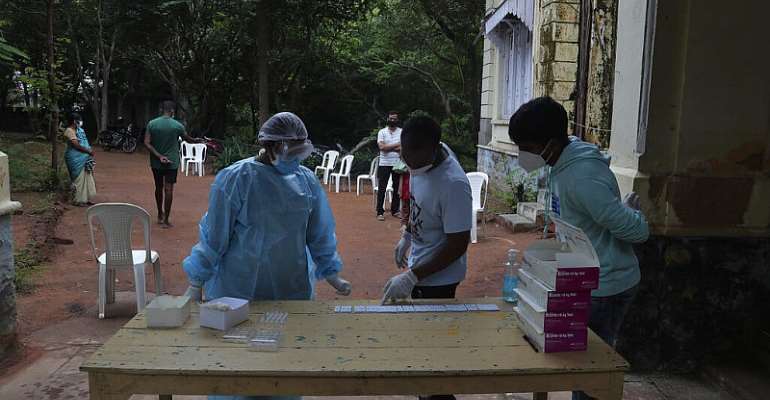 India has passed the peak number of Covid-19 infections and, if current trends continue, should see a dramatic decrease in cases by February 2021, according to a panel of experts.

The coronavirus epidemic in India may already have peaked and, if the use of masks and physical distancing measures continue to be effective at the current level, the epidemic will most likely have run its course by February next year, a government-appointed committee of scientists has said.

These are the findings of a study carried out by a seven-member expert panel on the future course of the pandemic, research commissioned by the Department of Science and Technology.

“Without a lockdown, the number of deaths in India would have overwhelmed the system within a very short timeframe, and would have eventually passed 2.6 million,” said M. Vidyasagar of the Indian Institute of Technology, chairman of the committee.

“Imposing the lockdown in May would have reduced deaths to around 1 million. The prompt imposition of the lockdown on March 24 has resulted in deaths being kept down to around 115,000.”

For the past month, daily infections in India have been consistently decreasing and it is the first time this has happened since the outbreak started in early March.

For the week ending last Saturday, India reported 63,025 new infections every day on average - a drop of about 33 percent from the peak recorded in the middle of September, and the lowest number of infections since the middle of June.

The numbers have fallen sharply even as travel restrictions have eased, with economic and other activities resuming and, to a large extent, normality returning in many parts of the country.

According to the expert study, India's Covid burden is expected to be capped at 1.06 million symptomatic infections by early next year, with less than 50,000 active cases from December.

“The pandemic has peaked but this isn't reason for complacency as this downward trend will continue only if we maintain protective measures,” said Vidyasagar.

Manindra Agrawal, a member of the committee, said that the current decline in cases in India was similar to what many European countries had experienced a few months ago.

A possible reason for India already reaching its peak could be the varying susceptibility of different people to the virus, said Lt. Gen. Madhuri Kanitkar, physician and another member of the committee.

Despite the decline in the total number of fresh coronavirus cases and deaths in the last three weeks, members of the committee cautioned that the possibility remains of a second wave during the winter season.

“We cannot rule out a second coronavirus wave this winter in India. Things can happen and we are still learning about the virus,” said V K Paul, another committee member.

The experts point out that the next ten weeks will be crucial in India's fight against the epidemic, owing to the upcoming festival season and the onset of winter.